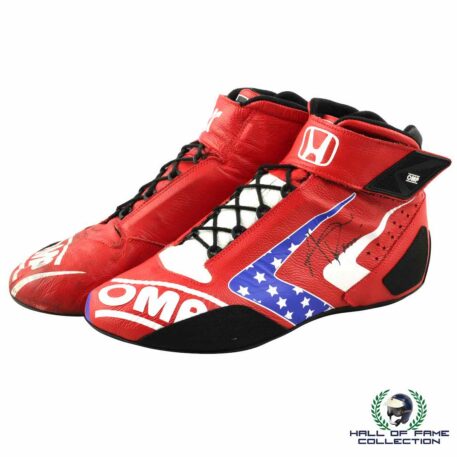 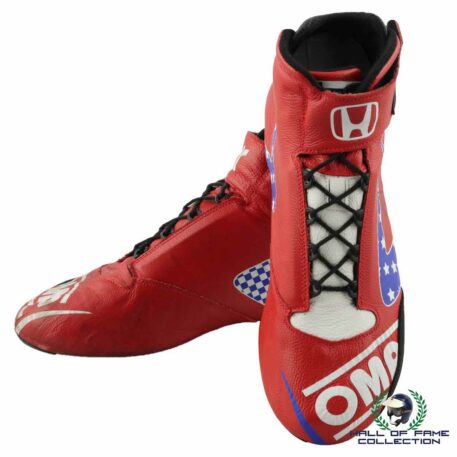 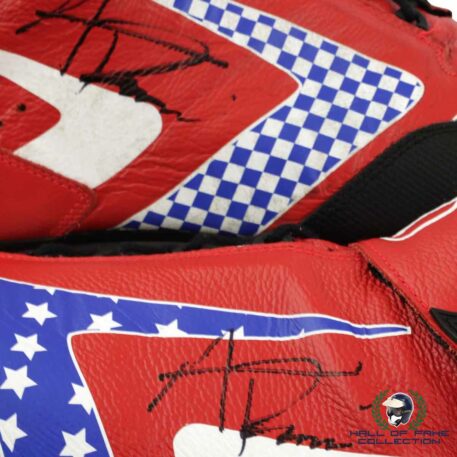 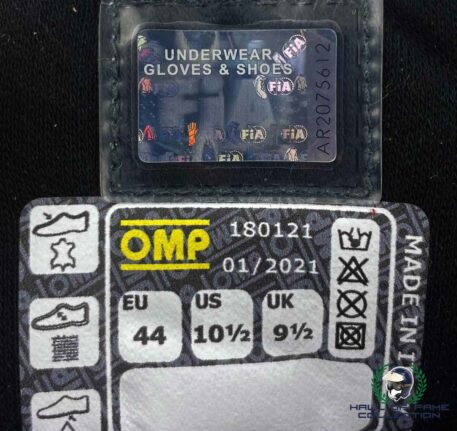 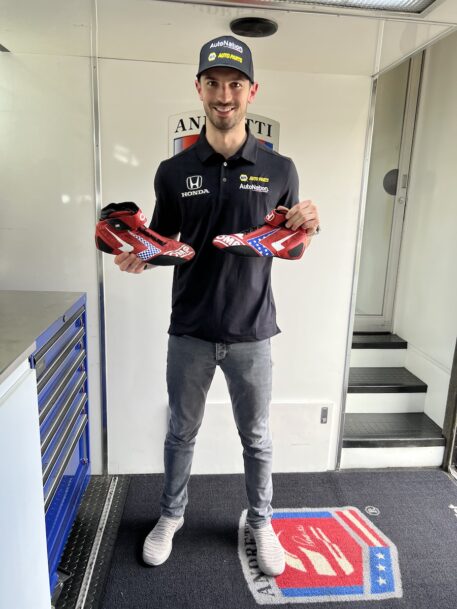 Pair of OMP race boots worn by Alexander Rossi while competing in the 2020 IndyCar season. The American driver, who won the Indy 500 in his first attempt in 2016, has become one of the IndyCar Series top-flight drivers. His aggressive style of racing has endeared him to many fans, making him a popular driver on the grid.

Driving a NAPA Autoparts sponsored Andretti Racing Dallara in the 2019 Indy 500 race, Rossi was again in the lead pack. However, on lap 137 he encountered fueling problems in the pits, pushing him back down the running order. He managed to work his way back up to the front of the field and then passed leader Simon Pagenaud with just three laps remaining. But superior engine power saw Pagenaud retake the lead one lap later and hang on for the win, with Rossi taking second place.

During the Covid-shortened 2020 season Rossi managed to score five podium finishes and one fastest lap, finishing 9th in the overall drivers’ standings.

The boots come directly from Rossi’s personal collection and are signed by him in black marker pen.