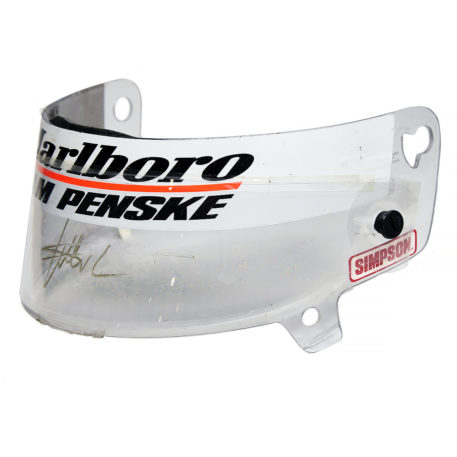 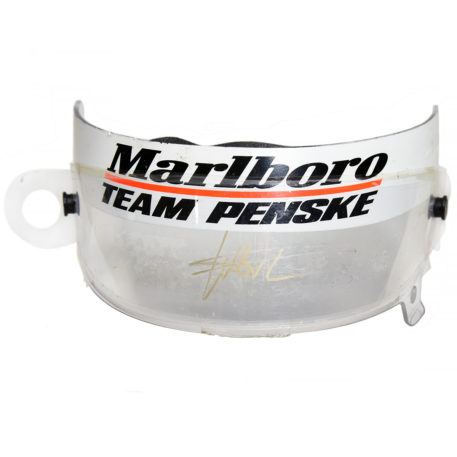 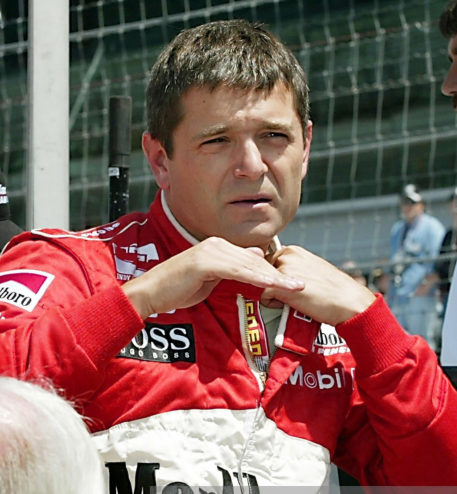 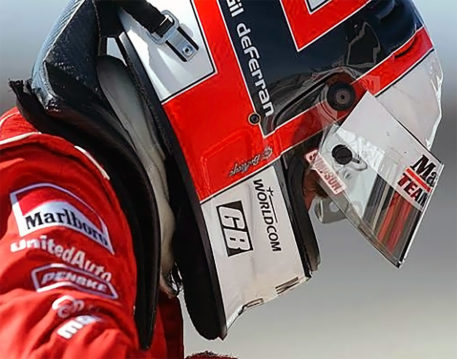 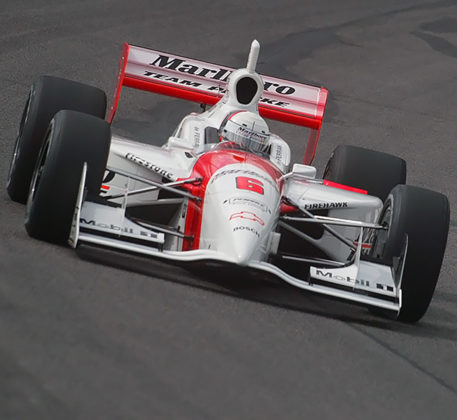 Simpson helmet visor used by French-born Brazilian driver Gil de Ferran during the 2002 IndyCar season while driving for Marlboro Team Penske. It would be the team’s first full season in the Indy Racing League. de Ferran went into the season as reigning consecutive CART IndyCar Champion. He had two victories at Phoenix and Gateway along with five other podium finishes which saw him finish third in the Championship.

The light tinted visor has a Marlboro Team Penske sun strip and has its tear-off strips still attached. Gil de Ferran has personally signed the visor in gold marker pen.