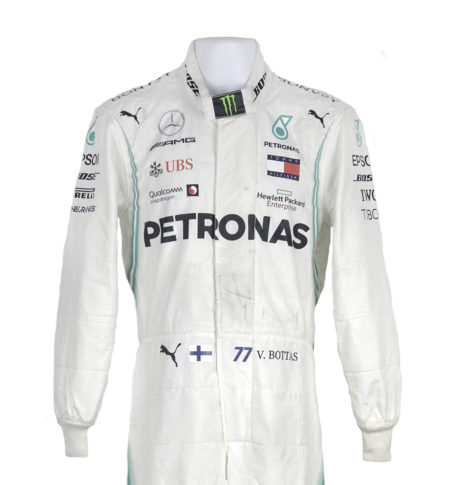 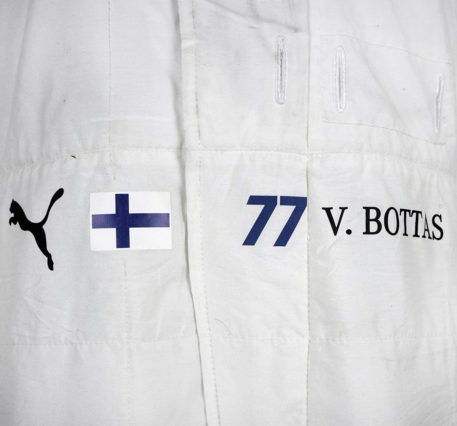 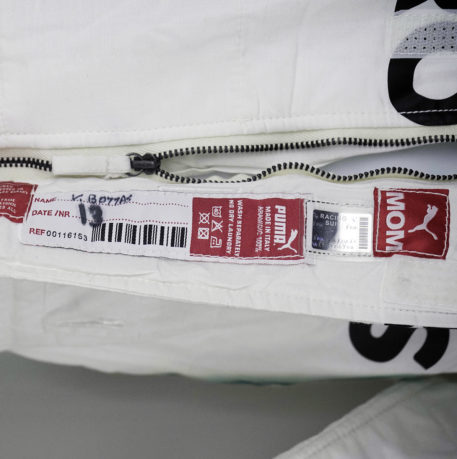 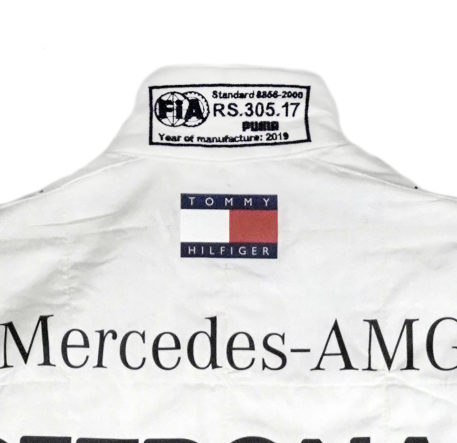 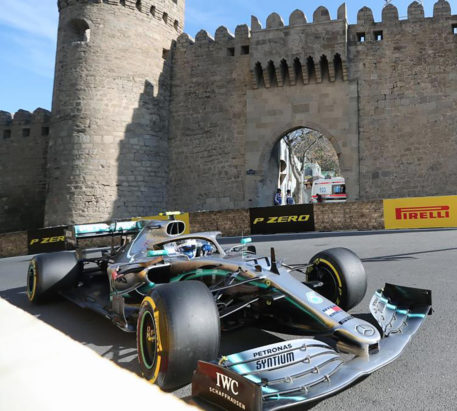 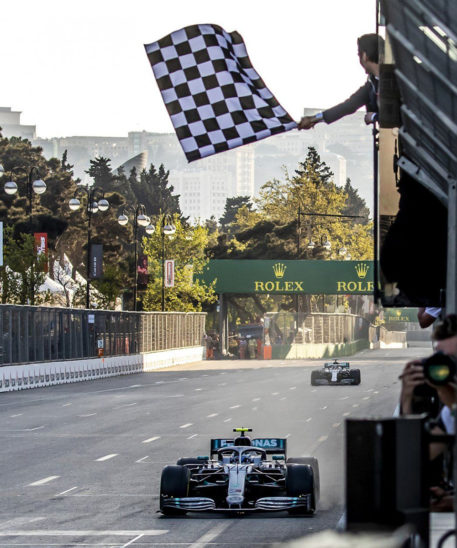 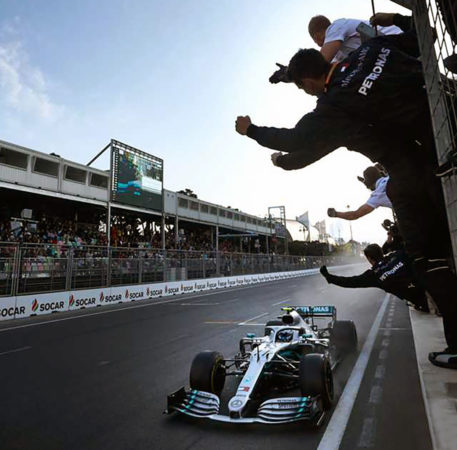 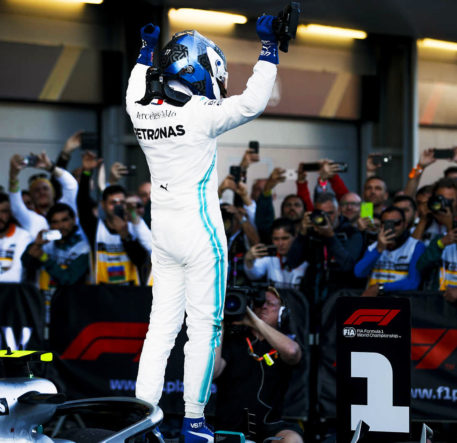 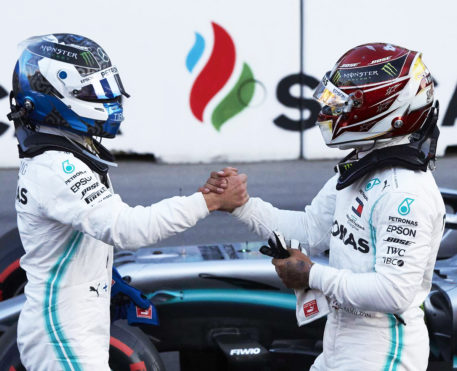 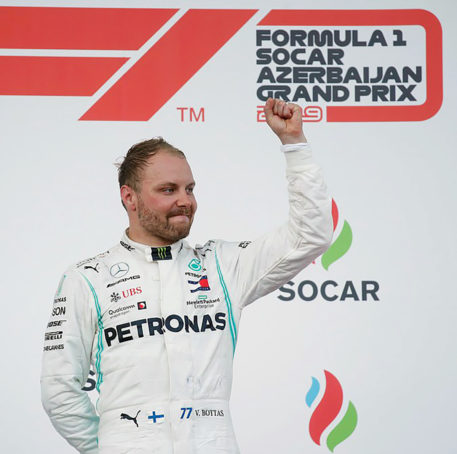 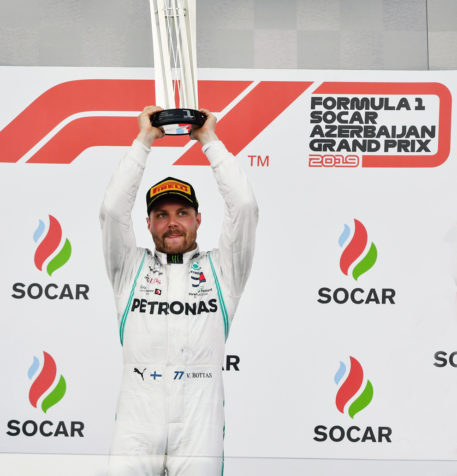 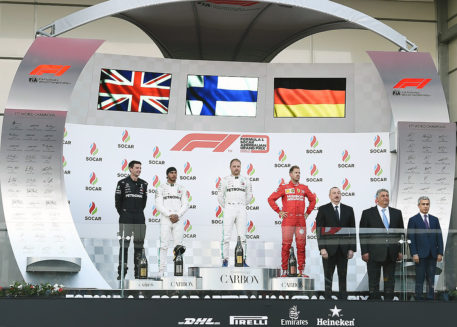 Bottas qualified on pole position and led off the opening lap. Lewis Hamilton initially challenged Bottas for the lead taking the inside line from his teammate into the first two turns. Bottas retained his lead on the outside of both corners and had extended it by the end of the lap. He then led the race for the fifty-one laps (other than when making pit stops) around the streets of Baku City. During the last two laps teammate Hamilton closed in looking for the win, but Hamilton made an error running wide at the last corner just as the Finn got the DRS overtaking aid as a result of coming up to lap Williams’ George Russell. Bottas crossed the line to take his fifth career victory and his second of the season. Lewis Hamilton finished in second place securing Mercedes’ fourth consecutive one-two finish of the season.

This lightweight pale grey suit has turquoise and gray leg and underarm stripes. The team’s major sponsor Petronas lettering is printed on both the back and front of the suit as well as having AMG Mercedes lettering on the back. The suit has many other sponsor/suppliers branding logos printed on its chest and arms including Hewlett Packard, Bose, IWC and UBS just to name a few. Bottas name, race #77 and Finish national flag are printed on the waist. The suit shows all the signs of race wear with the grime and stains of competition still on it.

This is a great chance to acquire a Formula One race-winning suit used by one of the top modern-day F1 drivers. 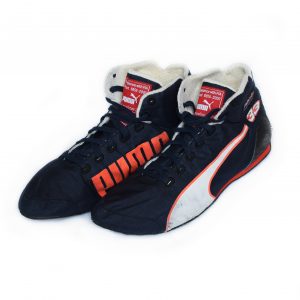 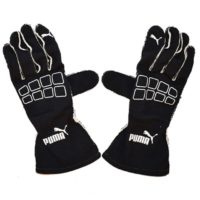