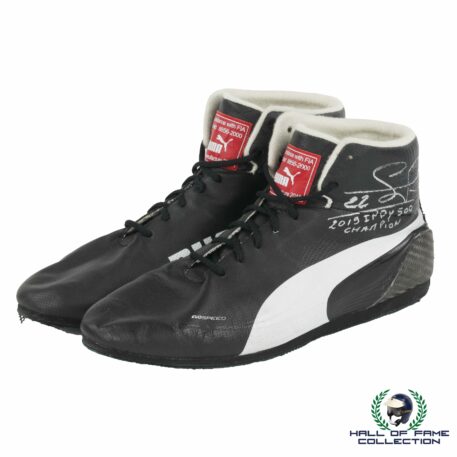 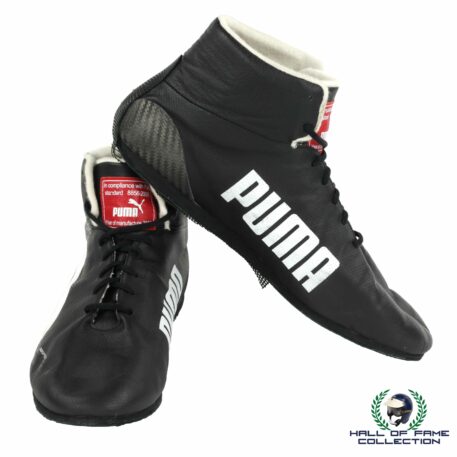 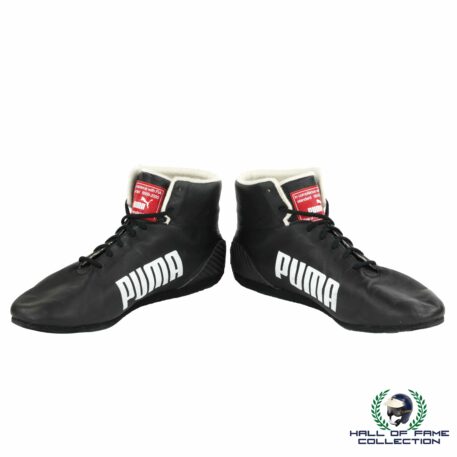 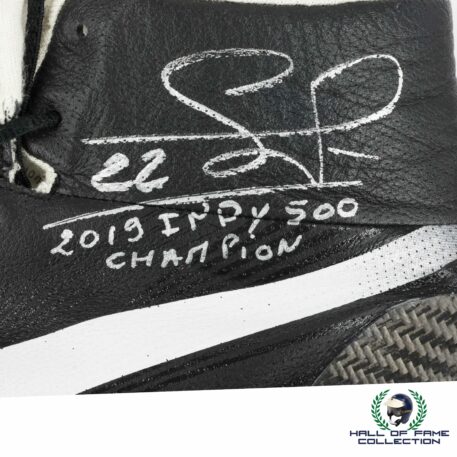 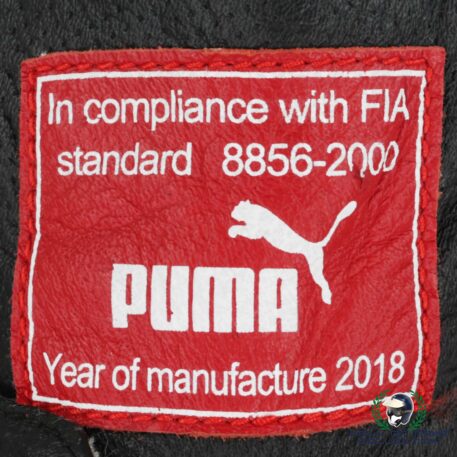 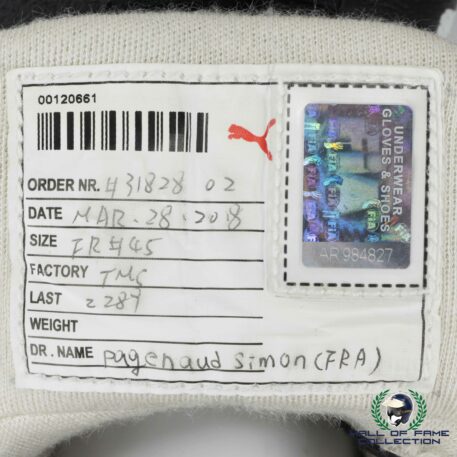 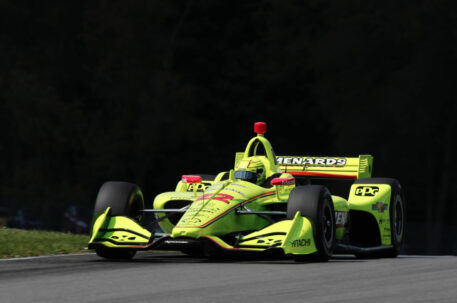 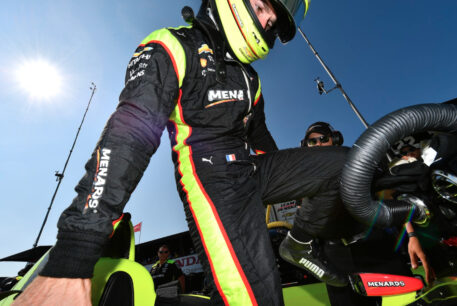 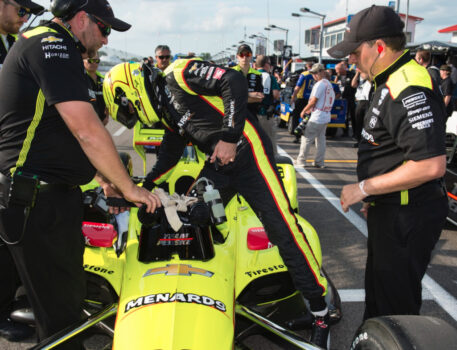 Pair of Puma Evo race boots worn by Simon Pagenaud during the 2019 IndyCar season while driving for Team Penske.

Pagenaud currently drives the No. 22 Chevrolet for Team Penske in the IndyCar Series. After a successful career in sports car racing that saw him taking the top class championship title in the 2010 American Le Mans Series, he moved to the IndyCar Series where he would become the 2016 IndyCar Champion and the 2019 Indianapolis 500 winner. Pagenaud would also be the first French driver to win the Indianapolis 500 since Gaston Chevrolet in 1920, and the first polesitter to have won the race since Helio Castroneves in 2009.

The black race boots are signed in white marker pen by Pagenaud and he has also added his race number and noted his Indy 500 win for that year.