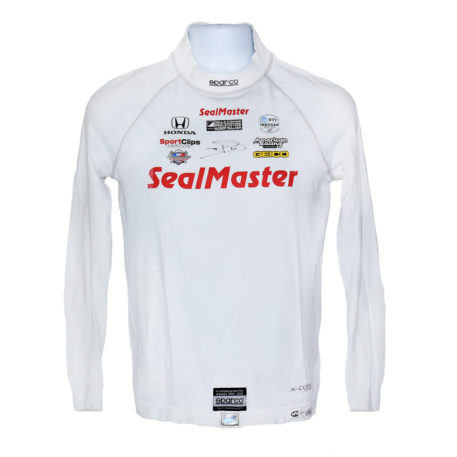 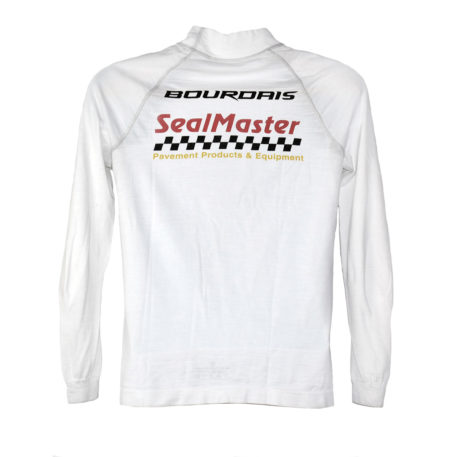 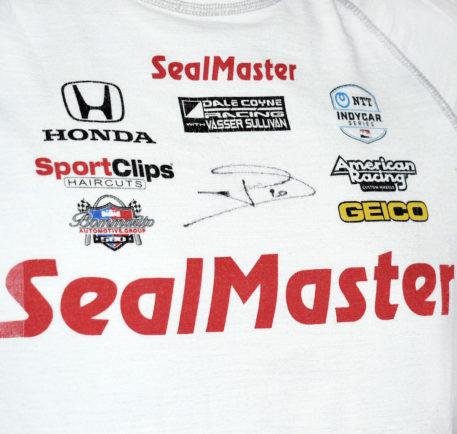 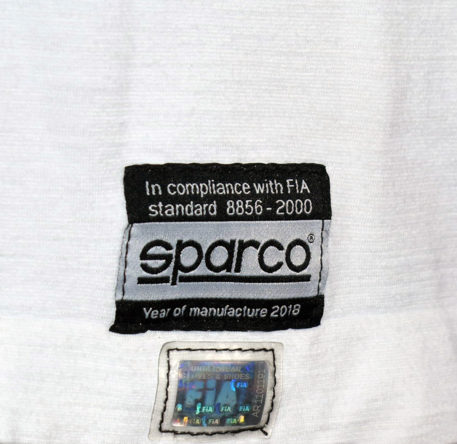 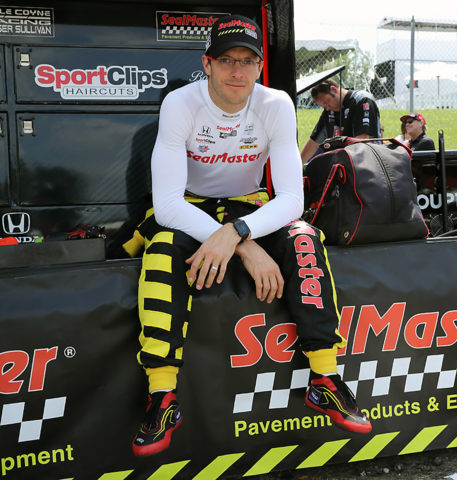 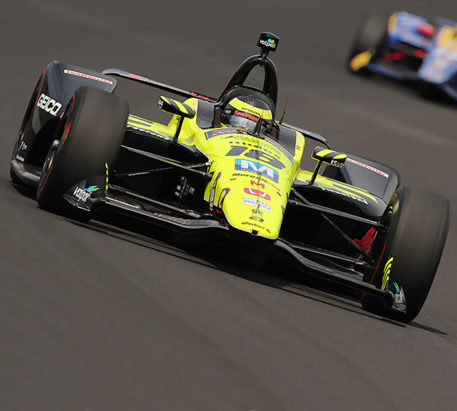 Sparco fire-resistant Nomex undershirt worn by French IndyCar driver Sébastien Bourdais. It was used at the 2019 Indy 500 and also a few other races where Bourdais drove for the Dale Coyne/Vasser/ Sullivan Racing Team. The undershirt has many sponsors’ branding logos printed on the front, most prominently the team’s major sponsor SealMaster. Others include  SportClips, Geico, American Racing, and Bommarito. Engine supplier Honda’s and series sponsor NTT’s logos have also been added. The back of the Nomex has Sebastien’s surname and SealMaster lettering as well. FIA compliance labels are attached to the front bottom of the shirt.

Sébastien Bourdais has personally signed the shirt and comes with a full Certificate Of Authenticity. 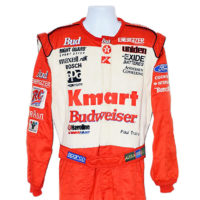