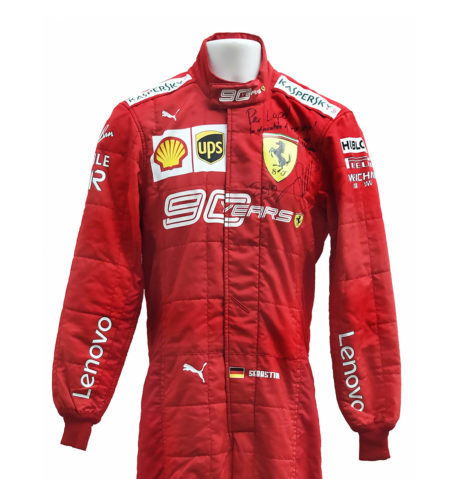 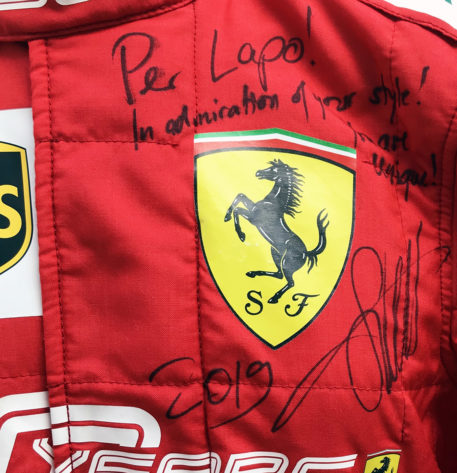 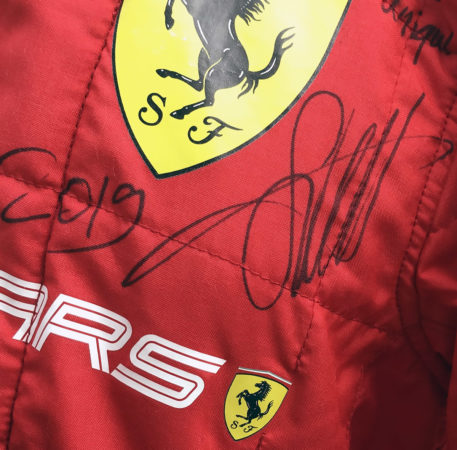 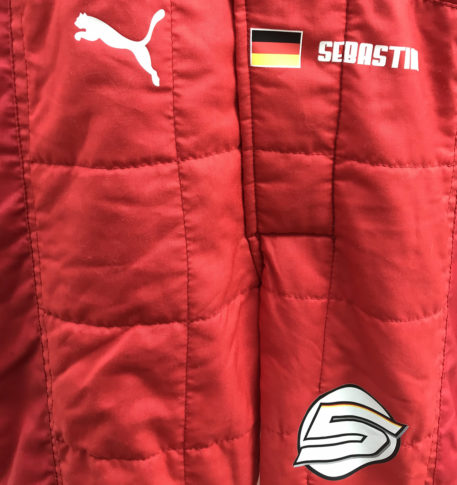 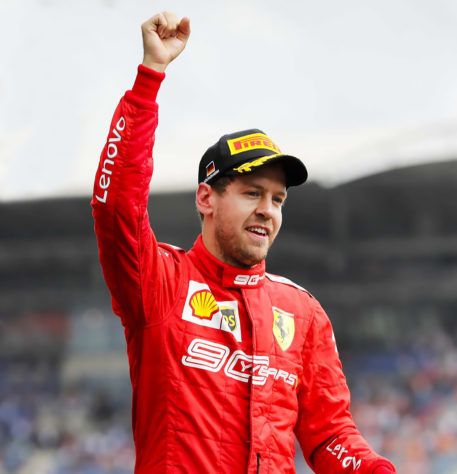 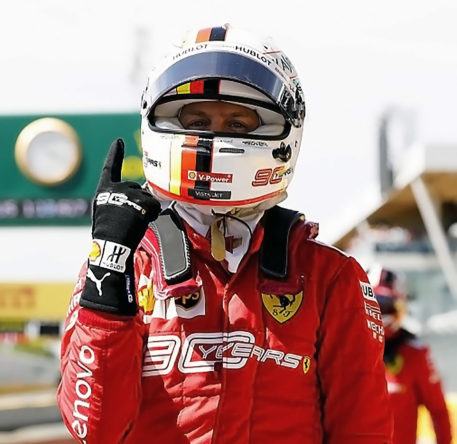 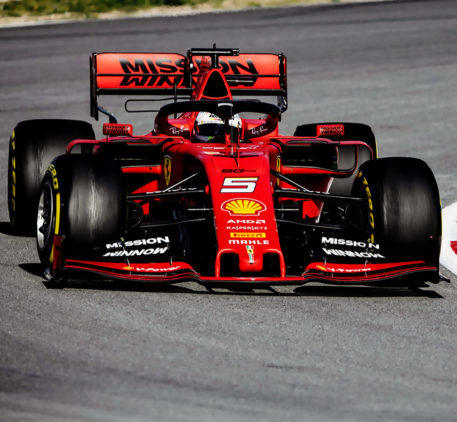 Puma Scuderia Ferrari race suit worn by four-time World Champion Sebastian Vettel during the 2019 Formula One season, which would be the German driver’s fifth season with the Maranello organization. Driving a Ferrari SF90 car Vettel had nine podium finishes during the season, including a win at the Singapore Grand Prix.

The all-red suit shows signs of use and has a ‘90 years’ logo on both the back, front and neck of the suit to commemorate the founding of Scuderia Ferrari on November 16th, 1929. On the upper chest are Shell Oil and UPS logos to the right and the Scuderia Ferrari ‘Prancing Horse’ shield to the left. The arms have trademark branding logos printed on them, with Ray-Ban, Mahle and OMR Automotive on the right arm and Hublot, Pirelli  and Weichai on the left. Both shoulders and forearms have Kaspersky and Lenovo lettering on them respectively. Vettel’s name and national flag are printed on the waist. The suit is personally signed, dated and dedicated by Sebastian Vettel to the former chairman of Fiat Cars and associate of Ferrari Lapo Elkann.

Race used Ferrari suits are hard to acquire, especially one worn by a quadruple Formula 1 World Champion. This would be a great opportunity to add one to your collection.