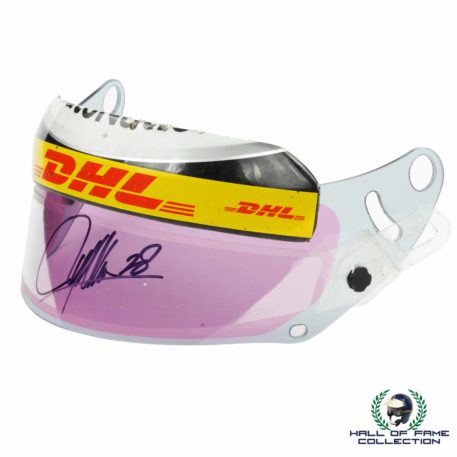 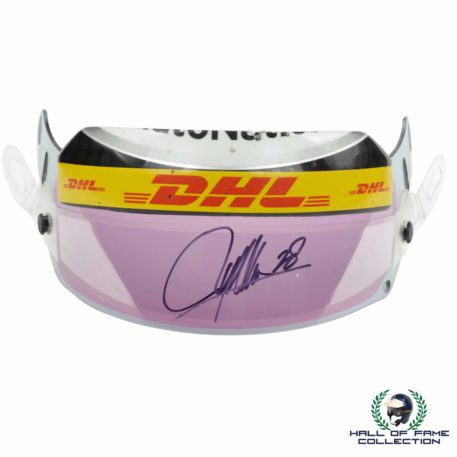 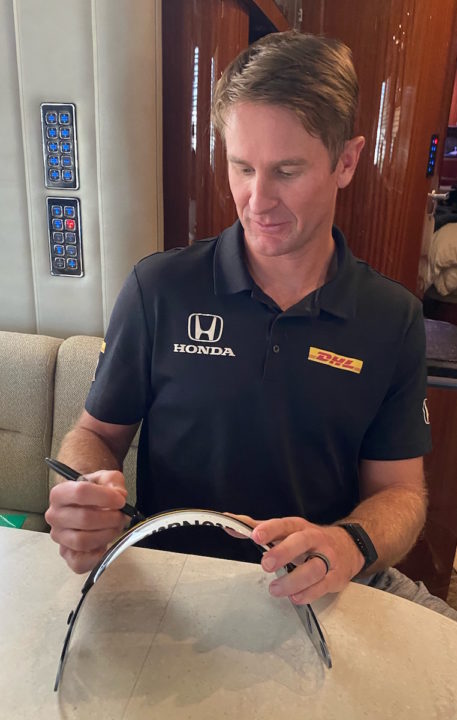 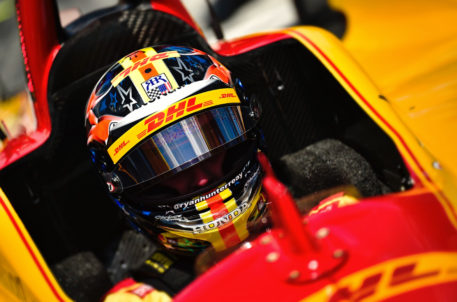 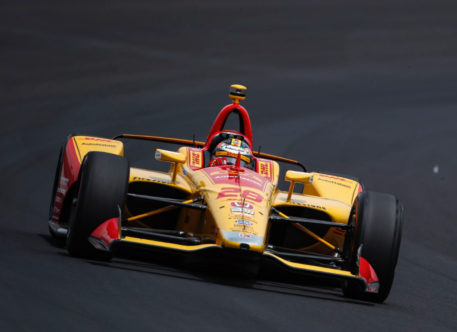 This original Arai GP6 helmet visor was used by Ryan Hunter-Reay in the 2019 Indianapolis 500. This visor comes complete with the carbon panel and in the famous DHL colors of red and yellow that saw RHR win both his IndyCar Championship and Indy 500 for the Andretti Autosport team. The visor shows lots of use and comes hand signed by the American driver with a Certificate of Authenticity. Don’t miss this rare opportunity to add a helmet visor with the carbon strip to your collection today.