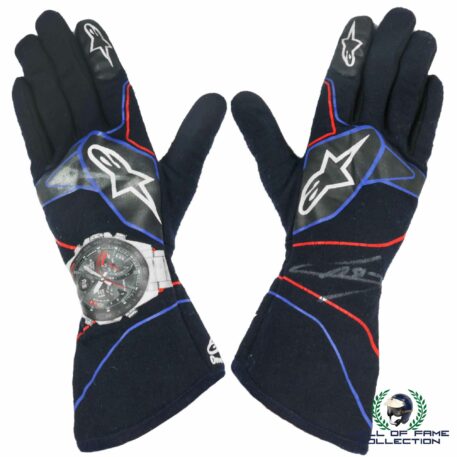 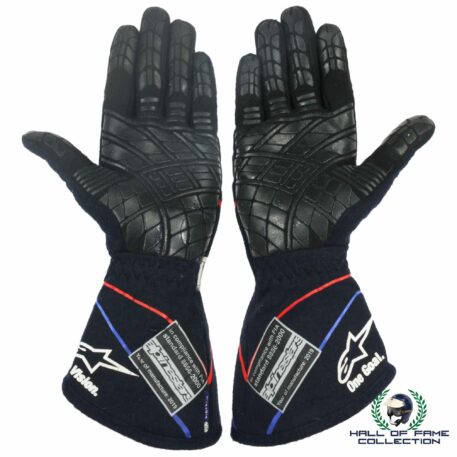 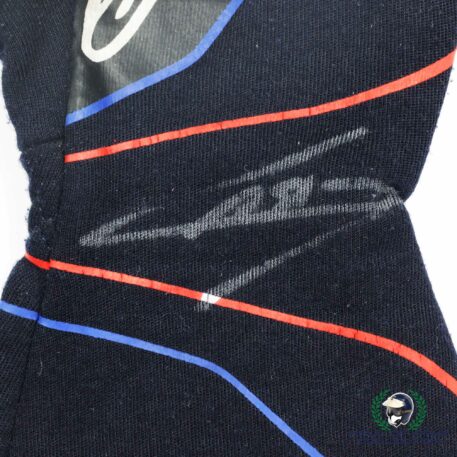 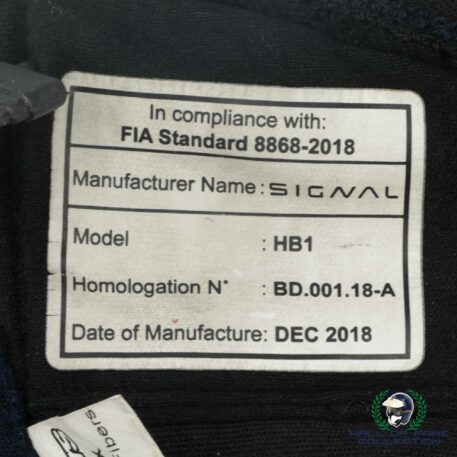 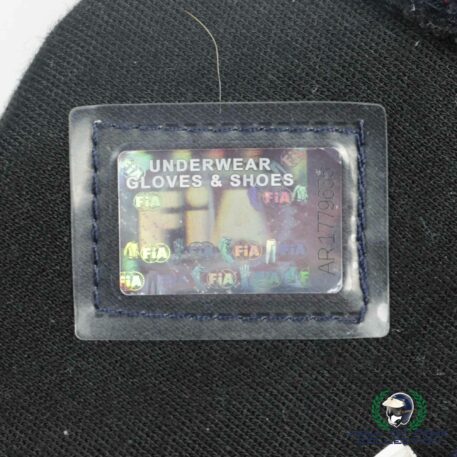 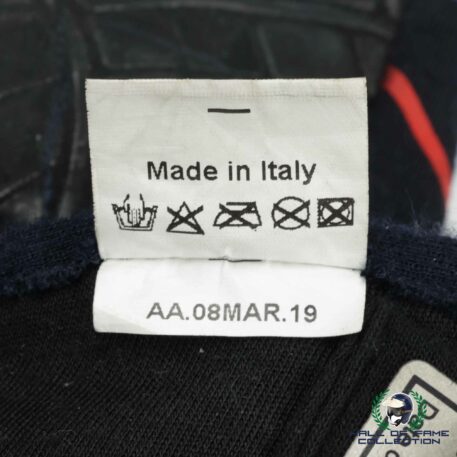 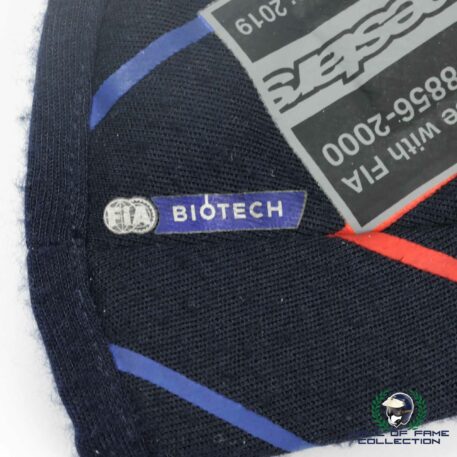 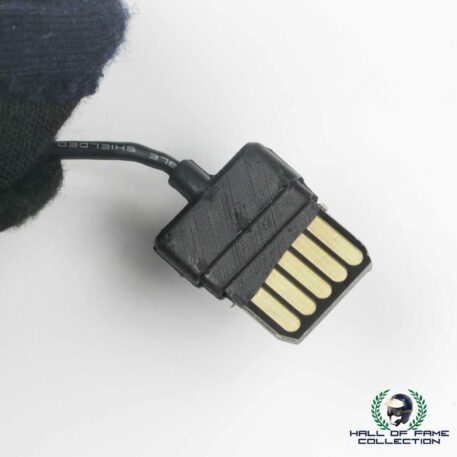 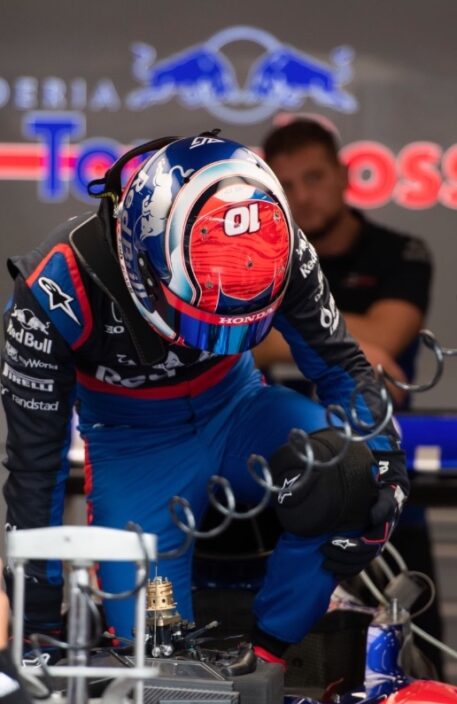 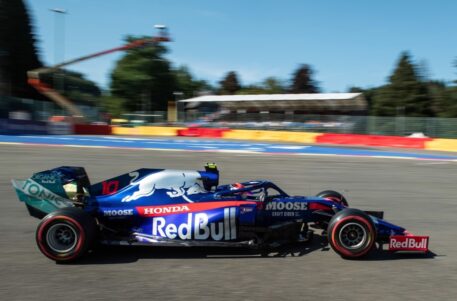 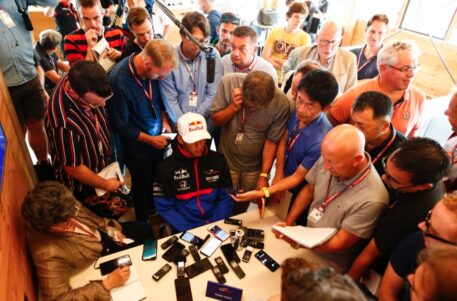 The gloves were originally issued to the Toro Rosso team for driver Alex Albon, but when the two drivers suddenly switched teams prior to the Belgian GP there wasn’t enough time to get Gasly his own pair of gloves to use for the race weekend.

The move from Red Bull back to Toro Rosso seemed to be just what the French driver needed as he would go on to score his first podium in Brazil later that year, following that up with his triumphant first win at Monza in 2020 and then another podium in 2021.

Gasly has signed the gloves in silver marker pen.