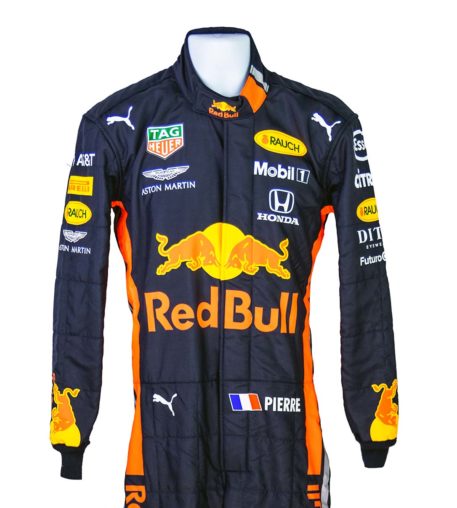 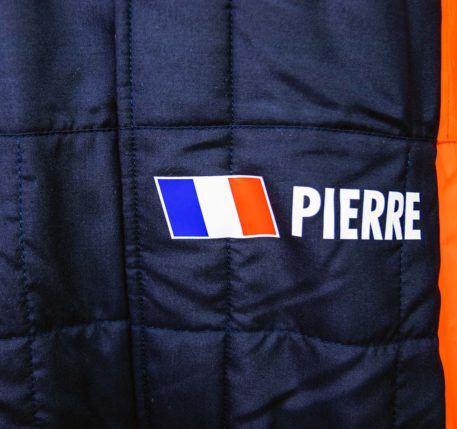 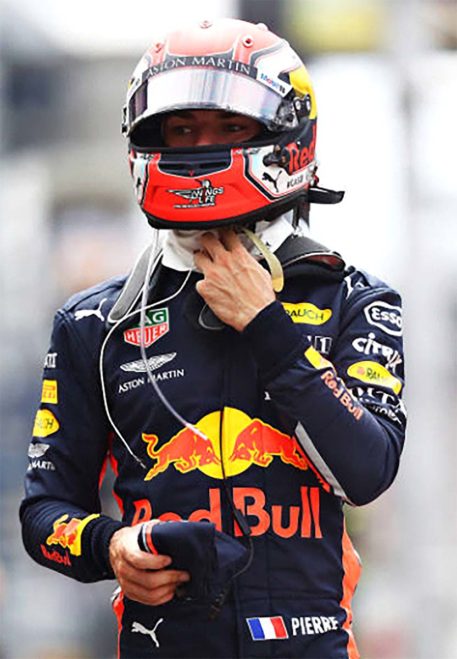 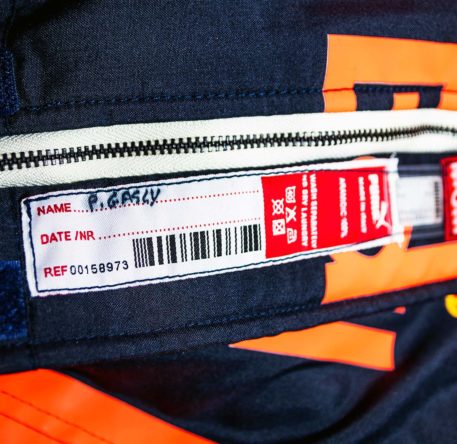 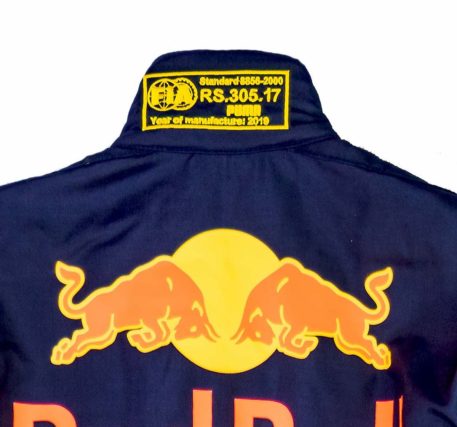 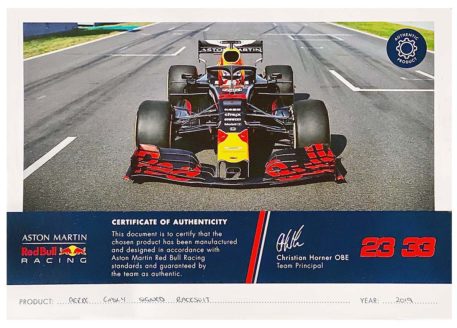 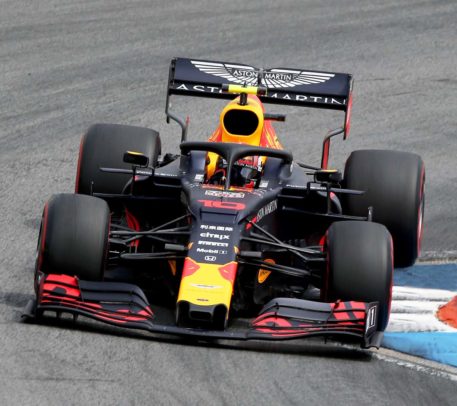 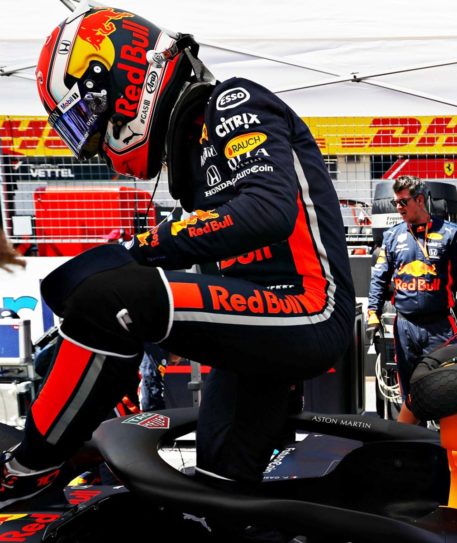 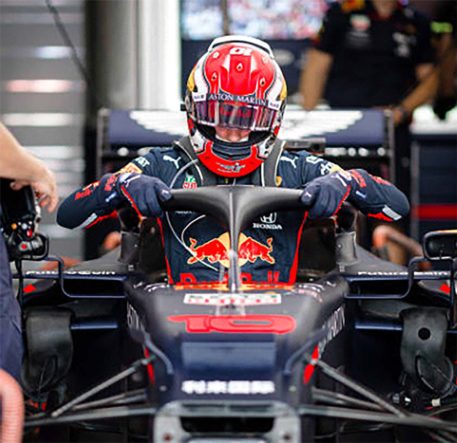 Puma Racing Products suit used by the young French driver Pierre Gasly. The Frenchman wore the suit sometime during the 2019 Formula One season. In August 2018 Gasly was promoted by Red Bull from the junior Toro Rosso team to drive for the senior Aston Martin Red Bull Team. He drove in twelve events during the season and recorded many top-ten finishes including a best fourth-place finish.

This lightweight blue suit has the usual Red Bull branding logos printed prominently onto it. It also has technology partner Aston Martin, engine supplier Honda and other sponsor branding logos on the chest. The back of the suit also has the Red Bull logo as well as Aston Martin and Mobil 1 logos. There are also many other sponsor/suppliers’ branding logos running down both arms, including Rauch, Esso, and Pirelli just to name a few. This suit was acquired directly from Red Bull Racing.

Red Bull race-used items are difficult to find on the open market, so this suit represents a great opportunity to acquire a piece worn by one of the up-and-coming young stars of Formula One.