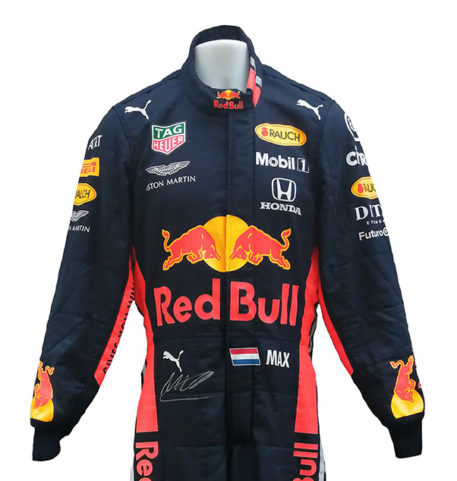 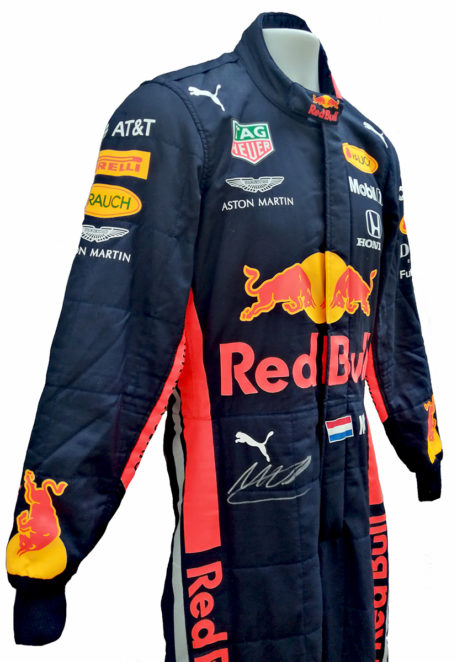 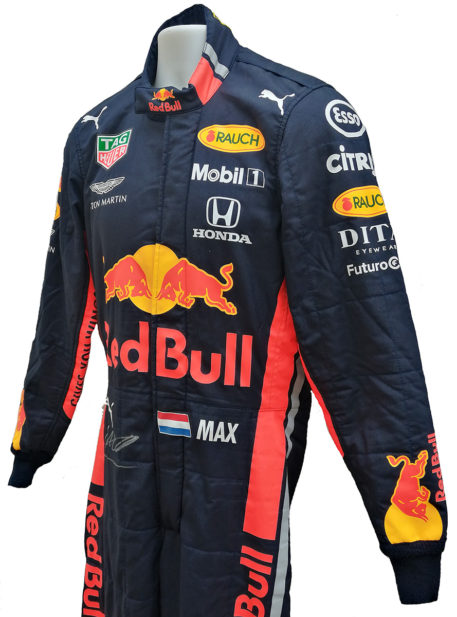 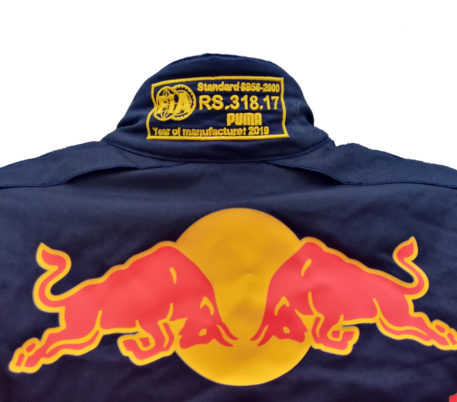 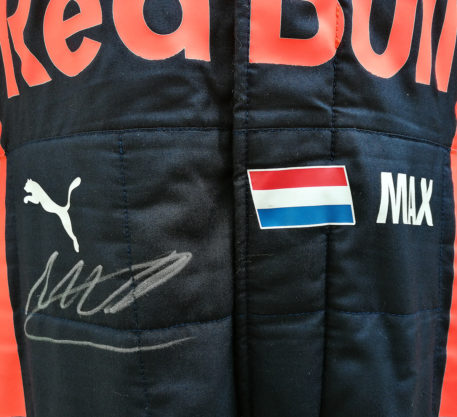 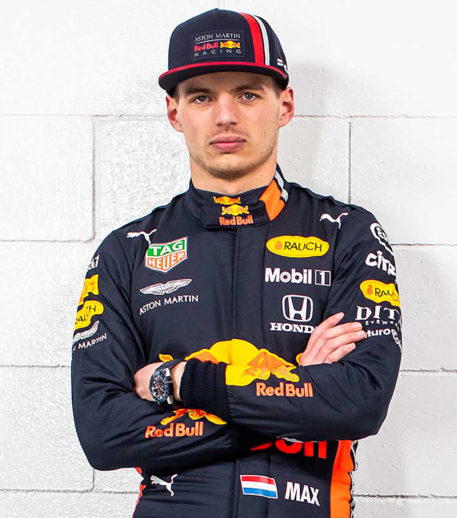 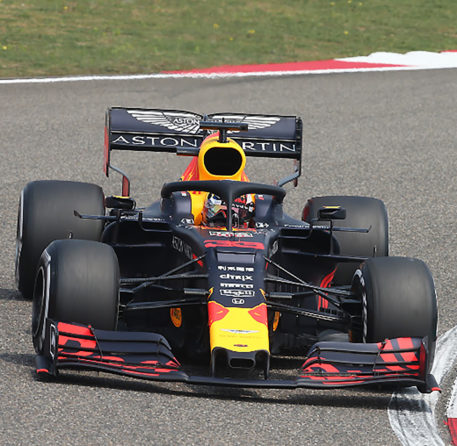 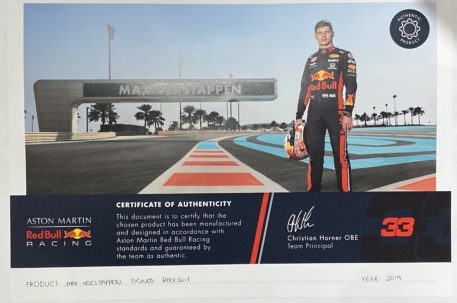 Race worn suit used by the young Dutch F1 driver Max Verstappen. This suit was used in the current 2019 season. Worn at the start of the season where Verstappen has appeared on the podium twice in the first six races driving the RB15. His Red Bull team are now using Honda engines. Verstappen is the youngest driver (to date) to ever to win a Formula 1 Championship race. There is little doubt that Verstappen will eventually win a Formula One World Championship in the very near future.

This great dark blue light weight Puma Racing Products suit has team owners ‘Red Bull’ energy drink logos printed prominently on the suit (front, back legs and arms) as well as many other sponsor/suppliers logos including Honda, Mobil, Aston Martin and Rauch. Verstappen’s name and national Dutch flag is applied to the waistline.

Max Verstappen has personally signed the suit. The suit comes direct from the Red Bull Racing F1 Team and comes with a full Red Bull Certificate of Authenticity.

This is a rare opportunity to own a Max Verstappen race worn suit as he prefers to hold onto most of his used equipment.