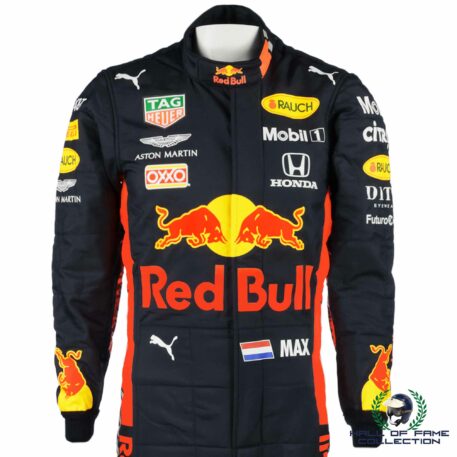 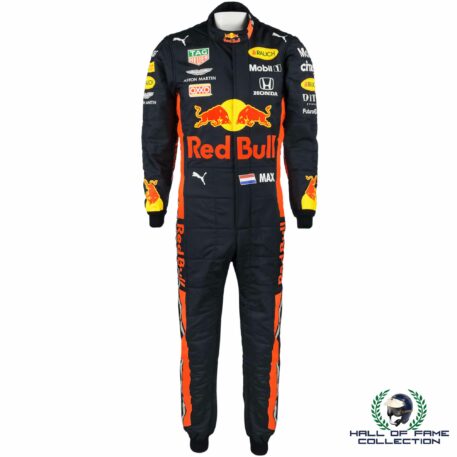 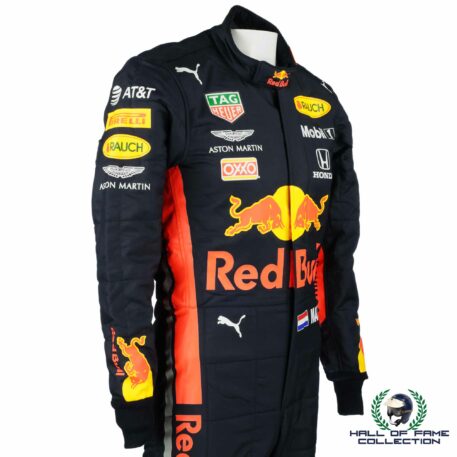 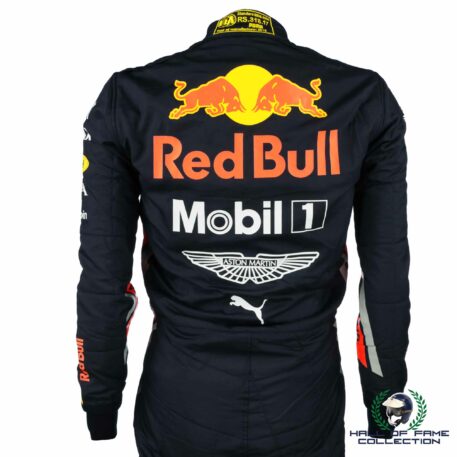 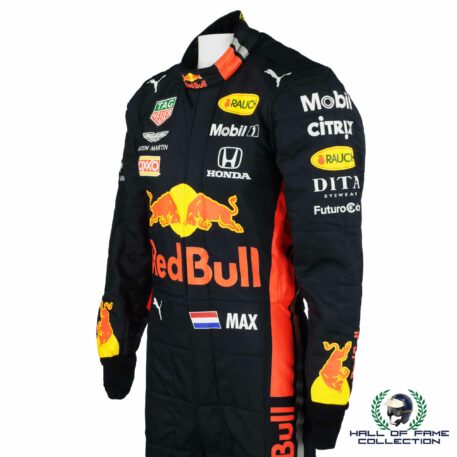 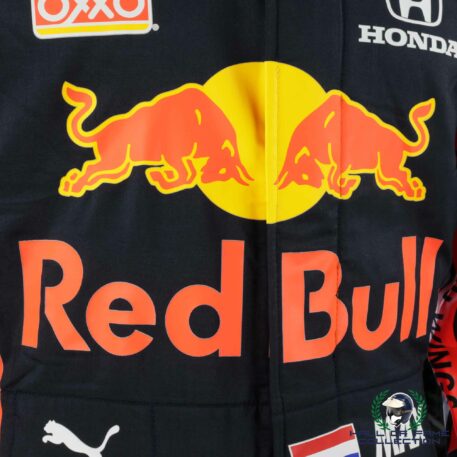 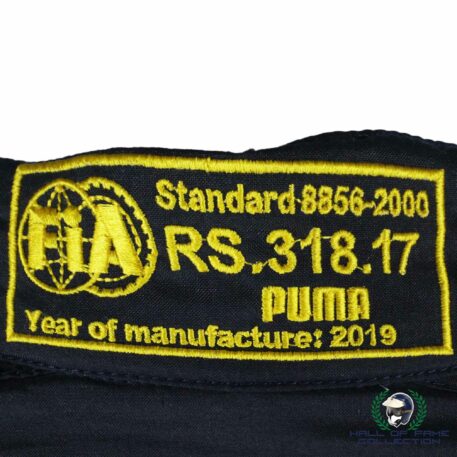 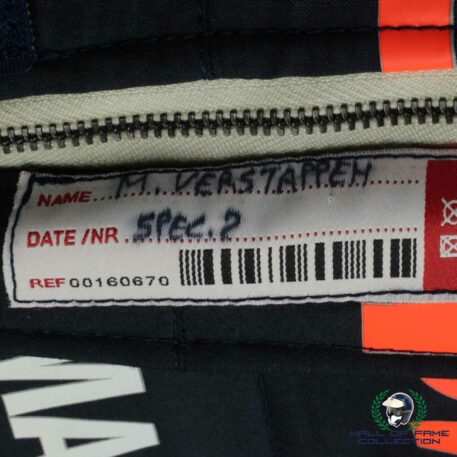 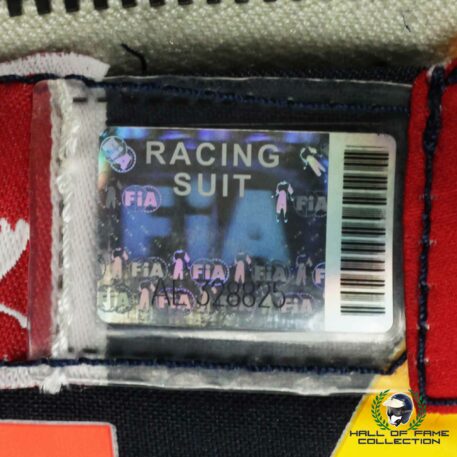 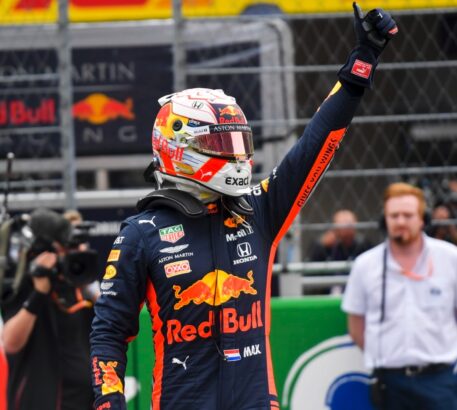 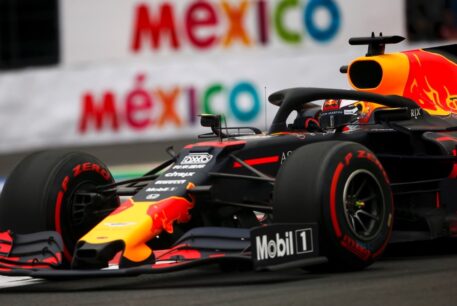 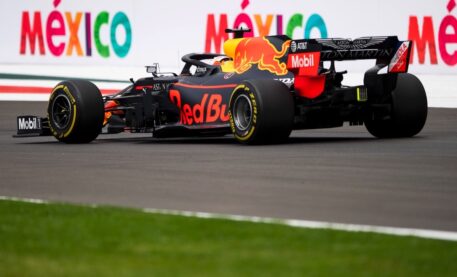 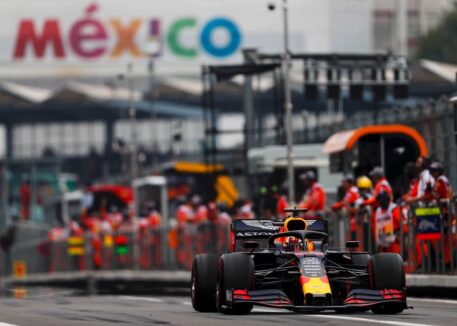 Race-used Puma suit worn by Max Verstappen during the 2019 Mexican Grand Prix while driving for Aston Martin Red Bull Racing. Verstappen is the current 2021 F1 World Drivers’ Champion and is looking like one of the favourites in 2022.

In 2019 Red Bull switched from Renault to works Honda power units.  After Ricciardo moved to the Renault team for 2019, Verstappen was joined at Red Bull by Pierre Gasly. Verstappen qualified in 4th and finished 3rd in Australia, the first podium finish for a Honda-powered driver since the 2008 British Grand Prix.

In Mexico, he qualified in 1st place after setting the fastest lap-time of the session, before being handed a grid penalty for ignoring yellow flags after a crash by Valtteri Bottas. Verstappen suffered a puncture early in the race after making contact with Bottas, falling to the back of the field before eventually recovering to 6th place. Verstappen finished the 2019 season in 3rd place in the Championship with 278 points. He would claim three race victories (in Austria, Germany & Brazil), nine podium finishes, two pole positions, and three fastest laps.