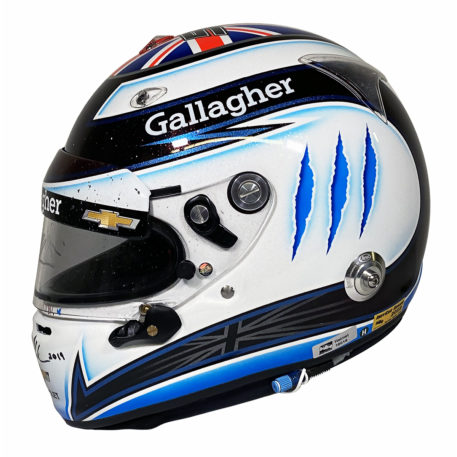 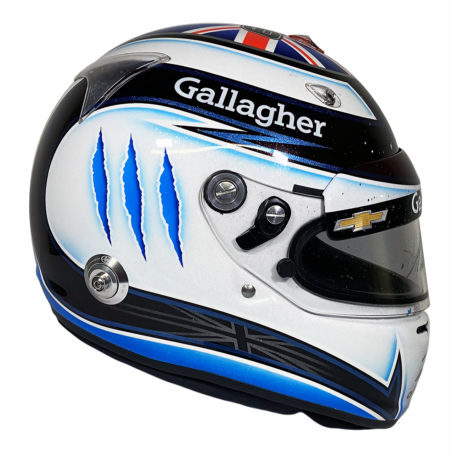 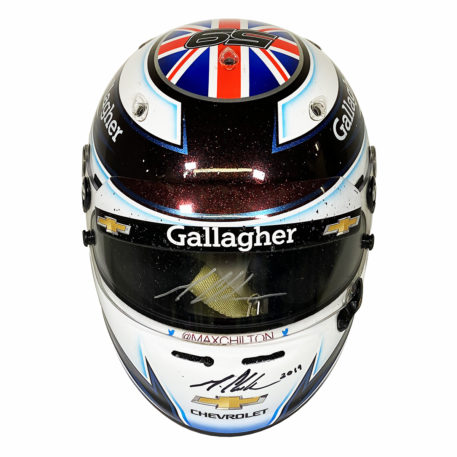 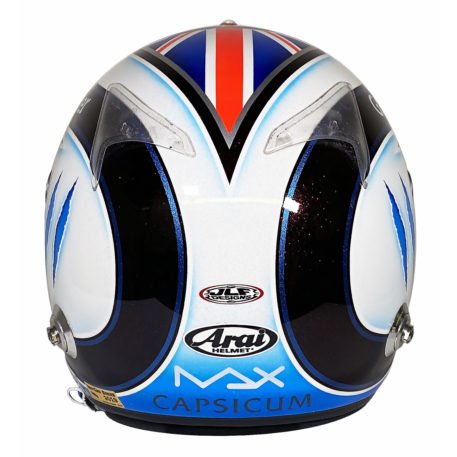 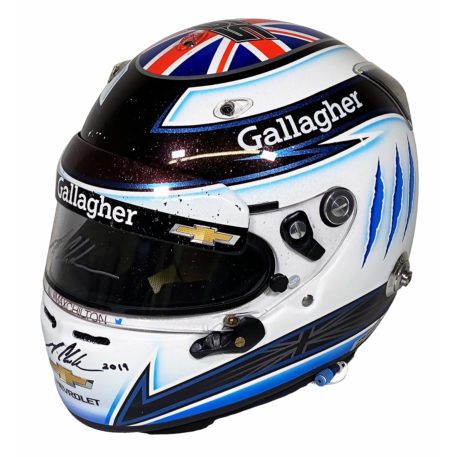 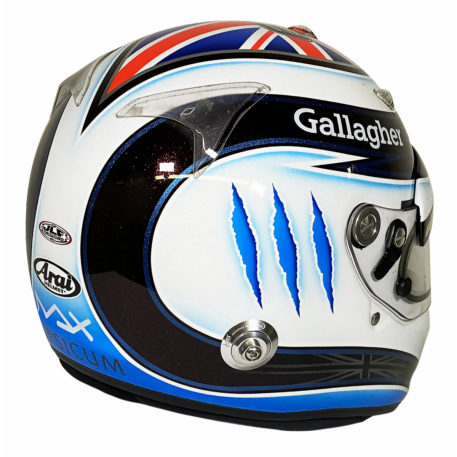 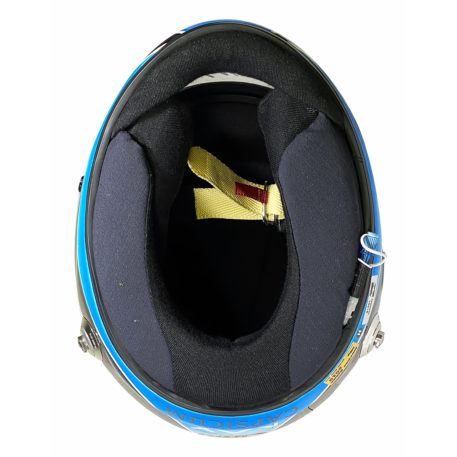 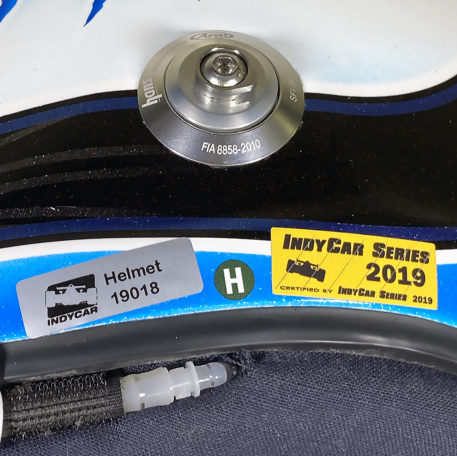 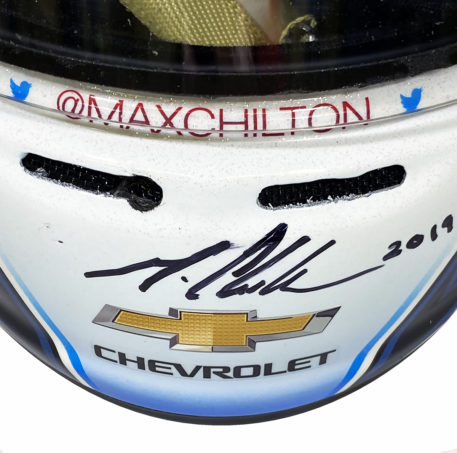 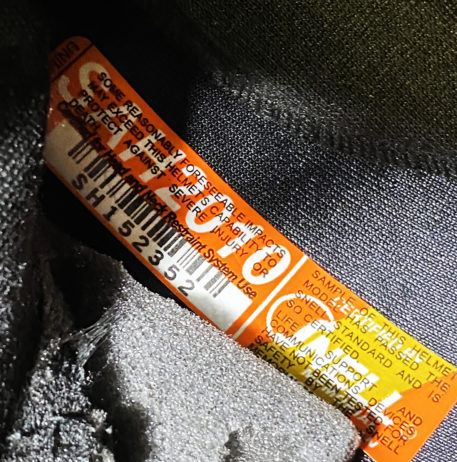 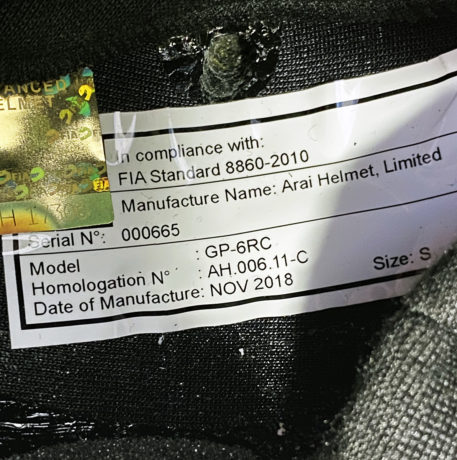 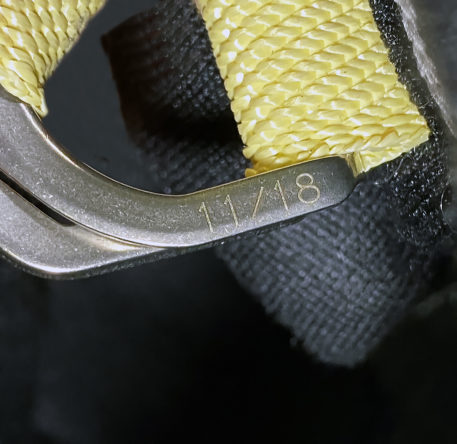 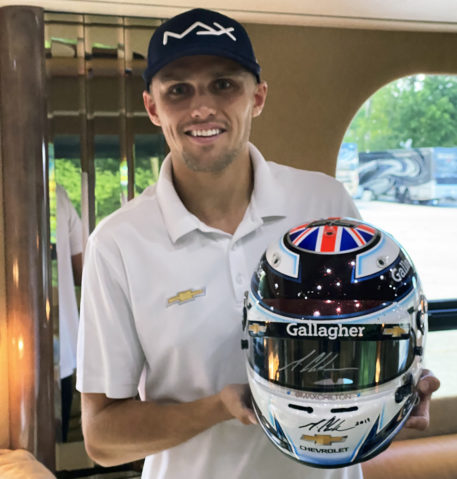 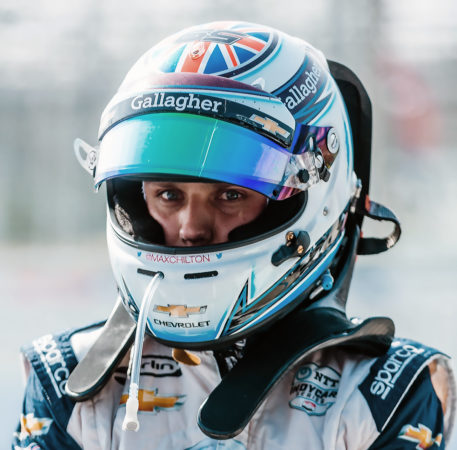 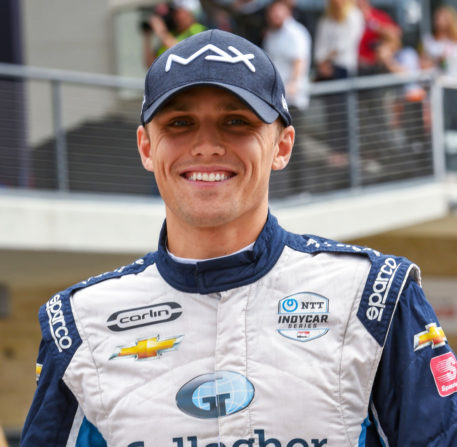 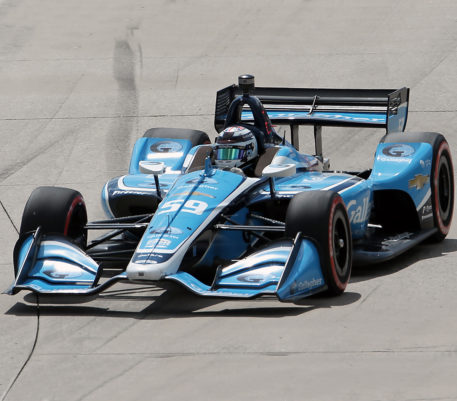 Arai GP6-RC helmet used by British IndyCar driver Max Chilton during the 2019 IndyCar season. The former Formula One driver was in his second season driving for the Carlin Racing Team.

This striking helmet, painted by JLF Design, has a white base color and incorporates Chilton’s design of a metallic black and red band. edged in light blue, featuring black/silver Union Jacks on either side. This band loops around the helmet and culminates on the crown with a full-color Union Jack. There are also three light blue ‘rips’ on the sides of the helmet and Max’s name appears on the back. The helmet also sports sponsor decals from Gallagher, Capsicum and team engine supplier Chevrolet. It shows heavy use and has chips and race grime from multiple events. It comes as last used by Chilton with the Hats-Off device still installed, HANS post anchors, aero fittings and IndyCar tech stickers still attached. The helmet has also been personally signed by Max Chilton on both its visor and its chin, with the latter signature being year documented.

This fantastic looking helmet from a current IndyCar driver would be a great addition to any collection and comes with a full Certificate Of Authenticity.