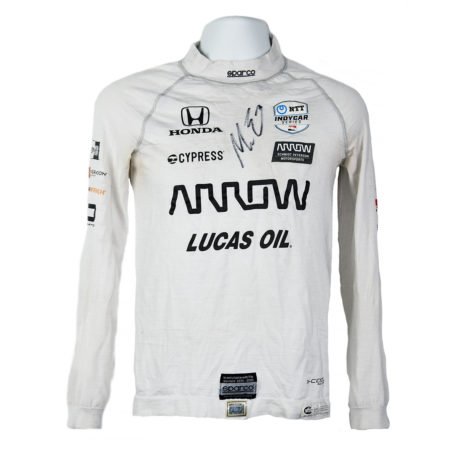 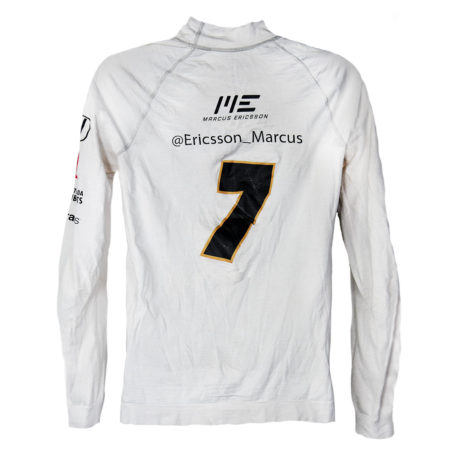 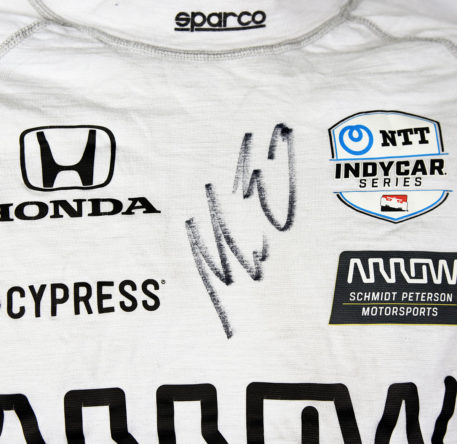 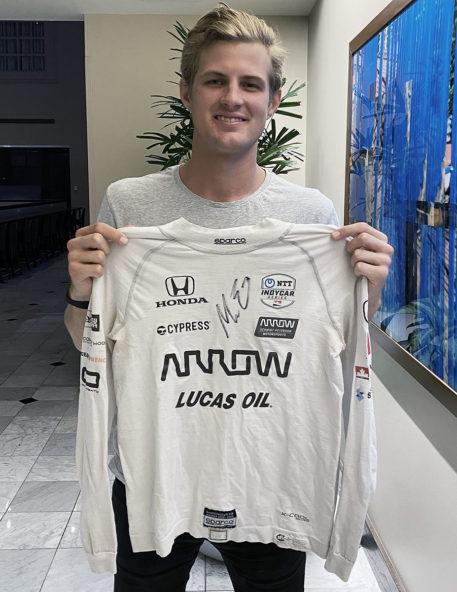 Fire retardant Nomex undershirt used by former Formula 1 Swedish driver Marcus Ericsson. It was worn by Ericsson while driving for the Arrow Schmidt Peterson Motorsports team, during the 2019 IndyCar season. It was used in the IndyCar Classic event run at the Circuit of the Americas in Austin, Texas.

The white undershirt has printed branding logos from Arrow and Lucas Oil across the torso. Many other trademark logos from Arrow SP team sponsors/suppliers, that include Cypress, New Era, Honda, and IndyCar to name just a few, are printed on the chest and arms. The back of the shirt has Ericsson’s personal logo and race #7. The driver has also signed the undershirt with a black marker pen on the middle of the chest.