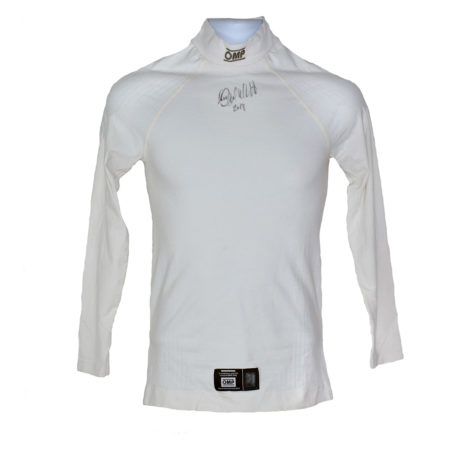 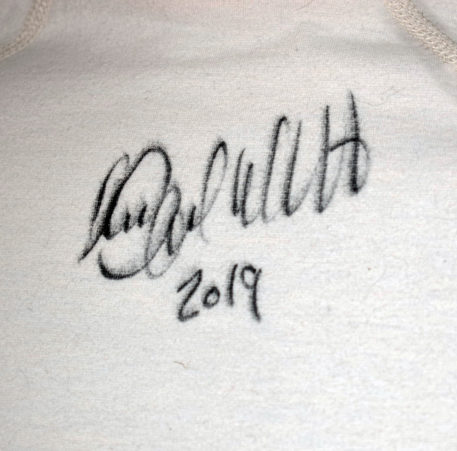 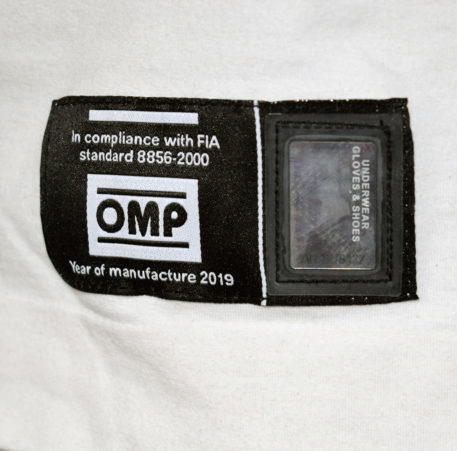 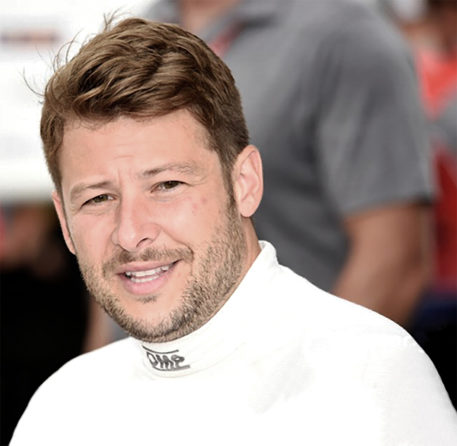 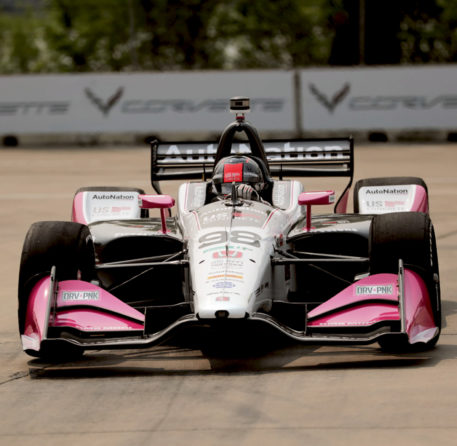 Nomex fireproof undershirt worn by Marco Andretti during the 2019 IndyCar Series season. This plain white OMP undershirt would have been used at an event where Andretti’s car changed livery during the season. This would have possibly occurred at the Chevrolet Detroit Grand Prix event where the team’s livery was the pink and black of main sponsor AutoNation. This was the only time during the season this particular livery was used.

The plain white undershirt has the OMP branding logo on the neck and the FIA compliance/manufacturing and hologram tags attached to its front hem. It was obtained directly from Marco Andretti and he has personally signed and dated the undershirt on the upper middle chest.

The Nomex undershirt comes with a full Certificate Of Authenticity.