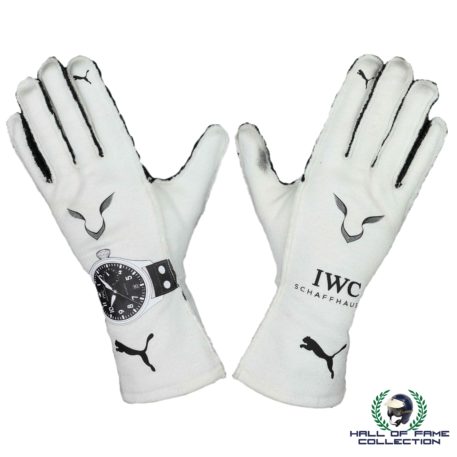 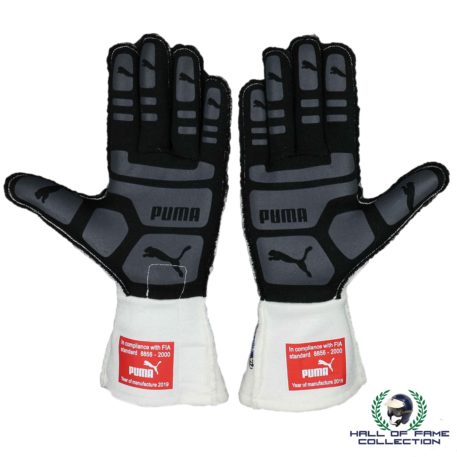 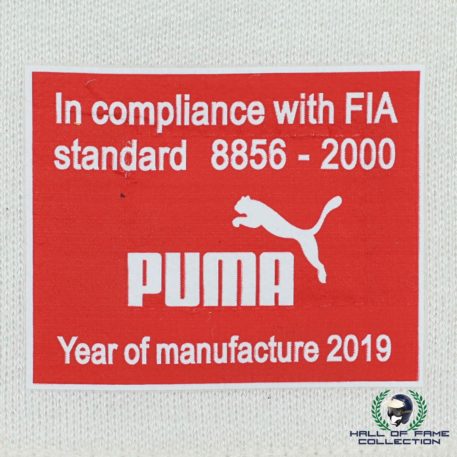 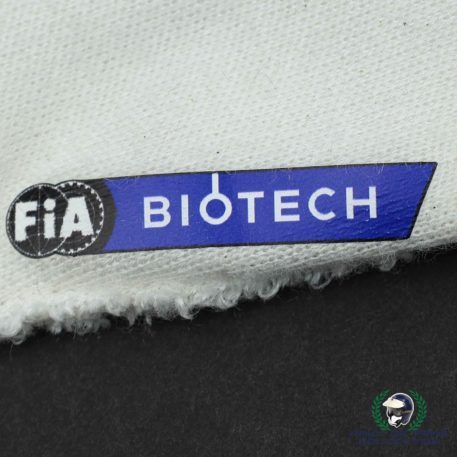 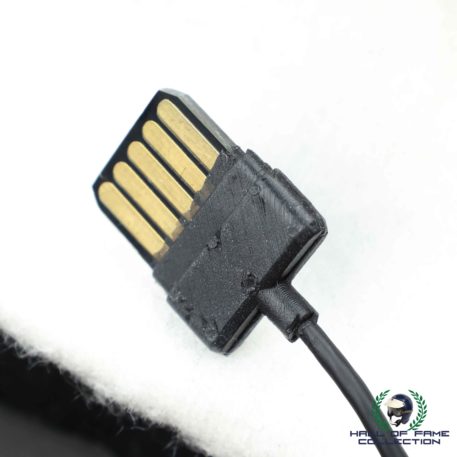 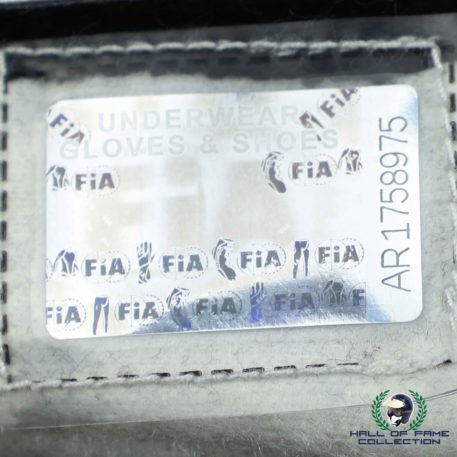 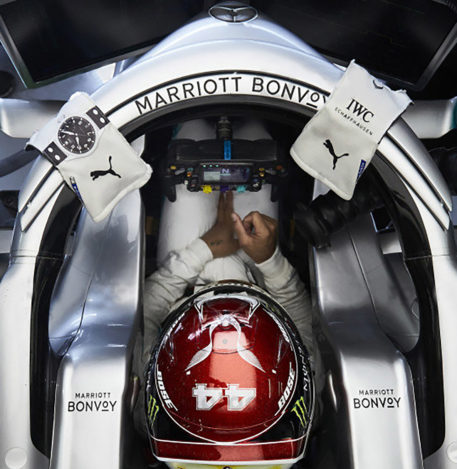 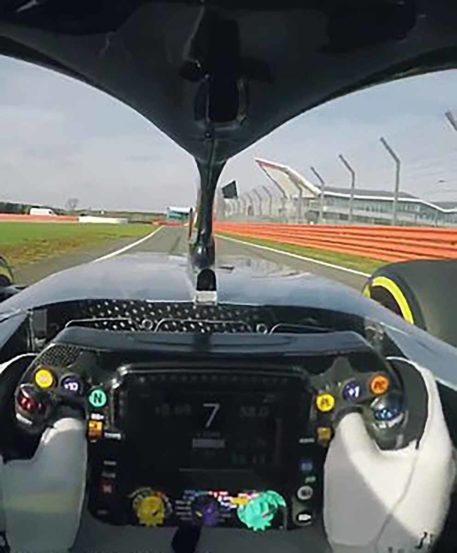 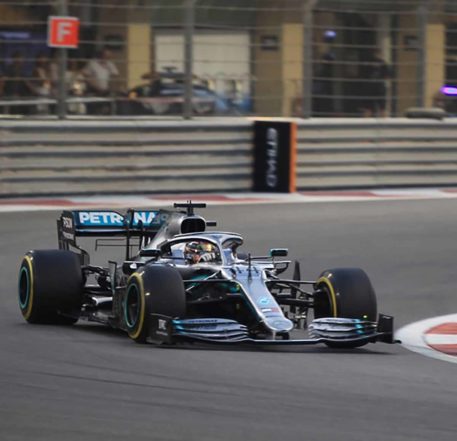 Pair of Puma Racing Products gloves worn by the, at the time, six-time Formula One World Champion Lewis Hamilton. The British driver used these gloves during the 2019 Formula 1 season, around midseason.  Hamilton, driving the Mercedes PETRONAS AMG F1 W10, would win eleven races of the twenty-one event season on his way to capturing his sixth World Drivers’ Championship title, putting him in the elite company of those deemed as being the greatest drivers in the history of Formula One racing.

The gloves show race use and have the all usual insignia that Hamilton has on his gloves, including sponsorship logos from watch manufacturer IWC. Hamilton’s own chevron logo is also printed on the back of the gloves, along with the Puma branding logo. The palms have a black rubberized gripper fabric with grey panels. An FIA compliance tag is printed on the cuffs and still have their biometric sensor plug-in still attached.

This is a great chance to own a piece of genuine Formula One racing history.