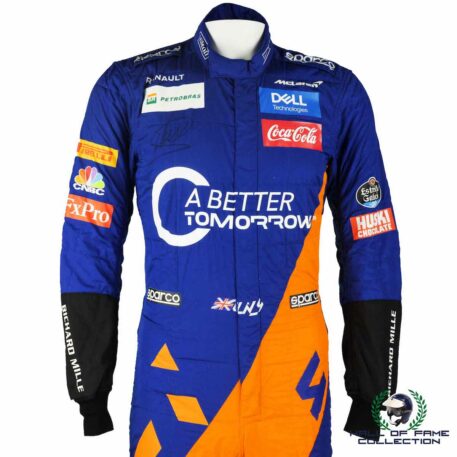 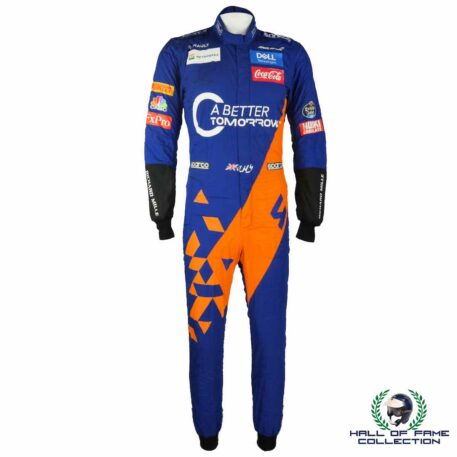 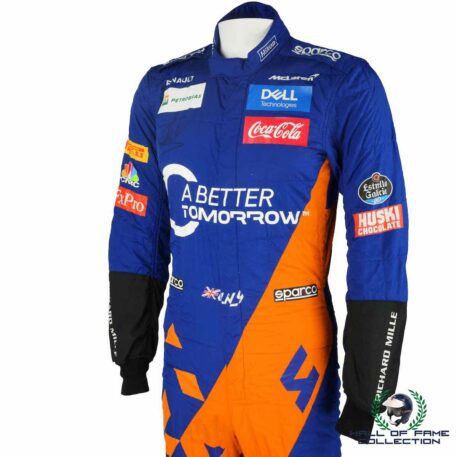 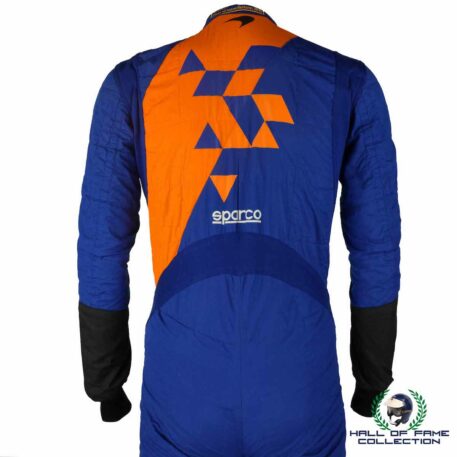 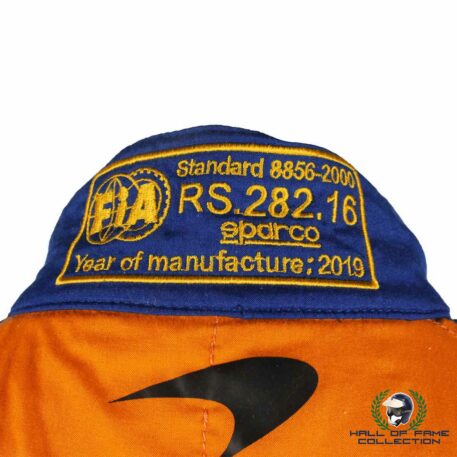 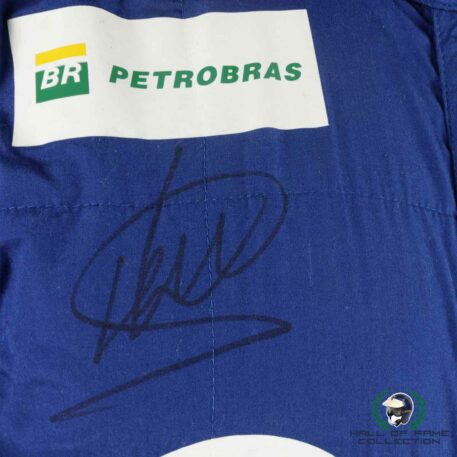 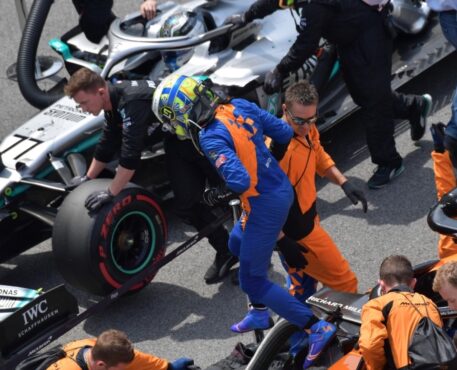 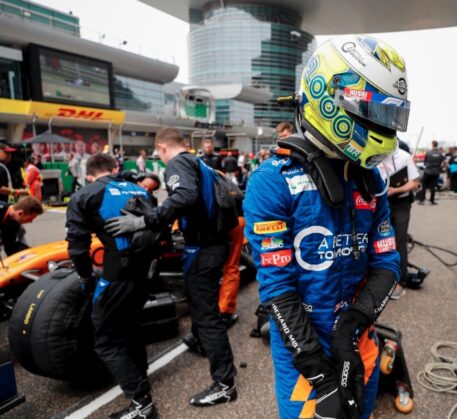 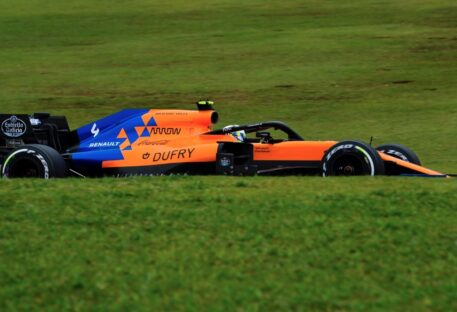 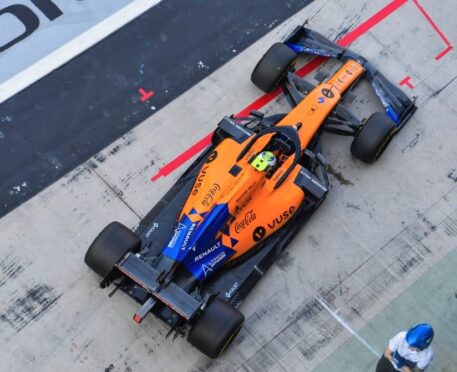 Race-used Sparco suit worn by Lando Norris during his rookie Formula 1 season in 2019 while driving for the McLaren F1 Team.

Norris came into F1 with an impressive racing resume’ and his results thus far are a reflection of his growing racing credentials. In 2016 he finished first in the Toyota Racing Series-M2 Competition, and followed that up with a first place in the FIA F3 European Championship in 2017. And, finally, in 2018 Norris earned an overall 2nd place in the FIA F2 Championship.

Lando Norris’s third season with McLaren was proof that he is certainly on the rise in the world of Formula 1 racing . Norris has finished 11th, 9th and 6th in the drivers’ standings in his first three seasons, with a pole at Sochi and five podium finishes in his still young racing career. The highlight thus far was definitely his impressive 2nd place finish at the 2021 Italian Grand Prix where Norris showed he could race with the best.

The young British/Belgian driver is definitely on his way to future successes, along with perhaps a Drivers’ Championship or two as well.

So don’t miss out on adding this rookie-season Lando suit to your collection today!

The suit has been signed by Norris in black marker pen and comes with a Certificate Of Authenticity.