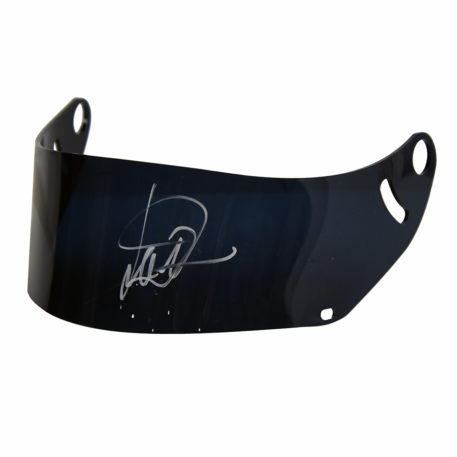 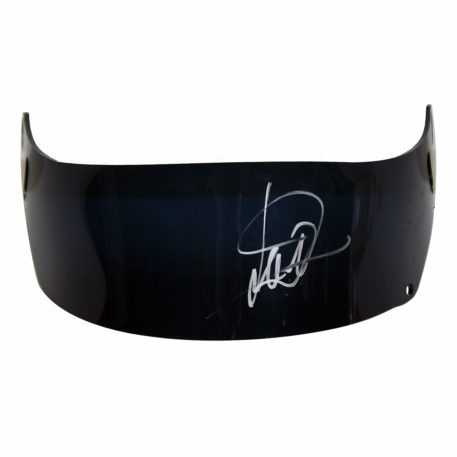 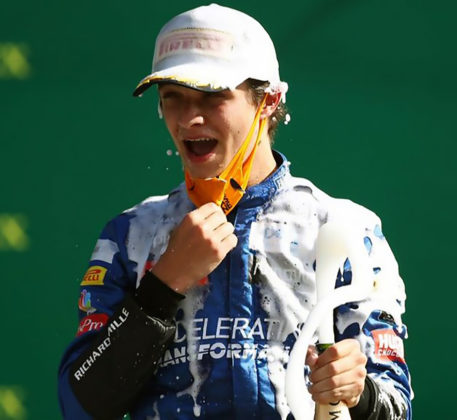 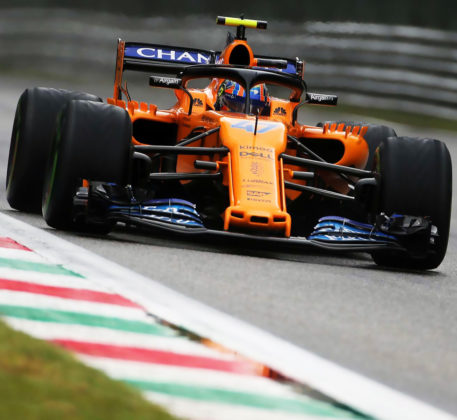 Helmet visor personally signed by British Formula 1 driver Lando Norris. After becoming the 2018 Formula 2 Champion, the young star joined the McLaren Renault F1 team in 2019 and has already impressed the racing fraternity with some impressive results, out-qualifying his more experienced teammate in many of the events during his first season. He recently scored his first podium finish in the first race of the 2020 season at the Austrian Grand Prix.

The dark-tinted visor has been signed with a silver marker pen and comes with a full Certificate Of Authenticity.