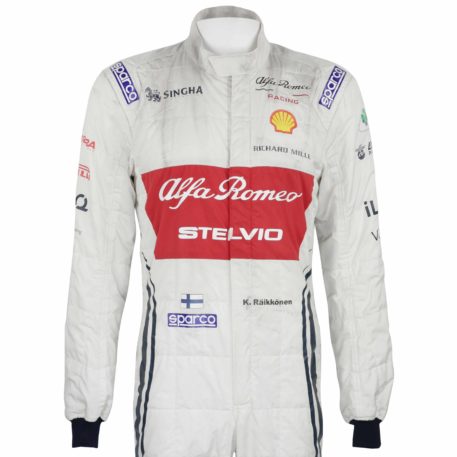 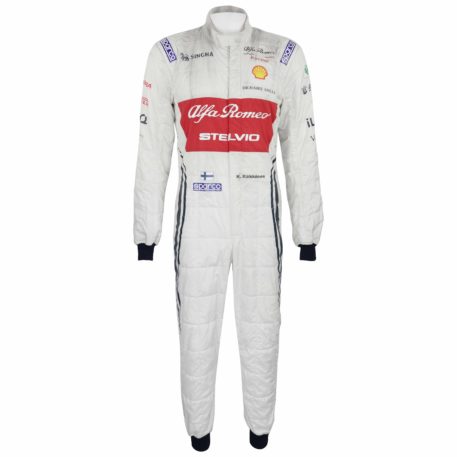 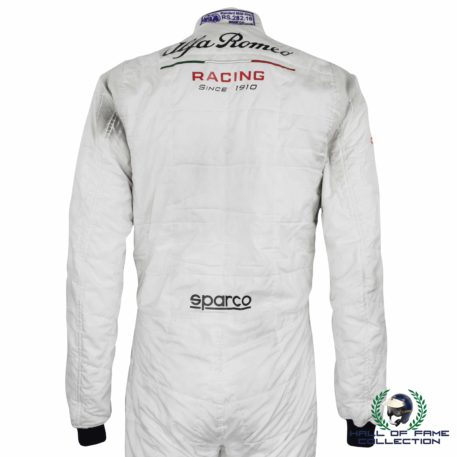 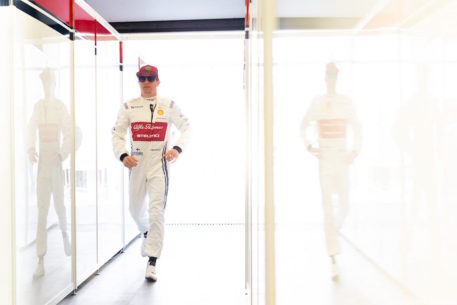 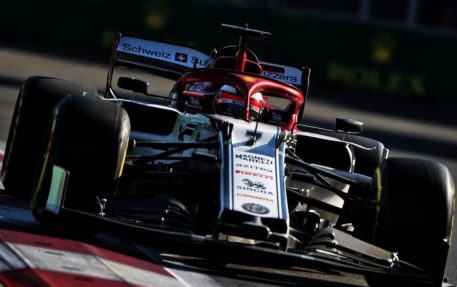 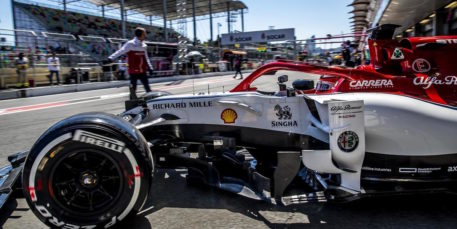 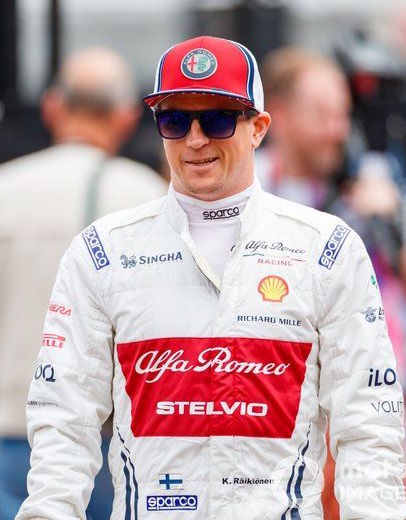 Race-used Sparco suit worn by Kimi Räikkönen during the 2019 F1 season at the Azerbaijan Grand Prix.

On 11 September 2018, it was announced that Räikkönen would leave Ferrari at the end of the season to rejoin Sauber on a two-year contract, the team he made his Formula One debut with in 2001. The Sauber team was renamed Alfa Romeo Racing prior to the start of the 2019 season.

Räikkönen had an impressive first half of the season, scoring 31 points before the summer break, placing him eighth in the Drivers’ Championship after 12 races. However, after the summer break, the Alfa Romeo Racing C38 struggled for pace and Räikkönen endured a seven-race pointless streak. The streak ended at the Brazilian Grand Prix, where a strong race and a penalty for Lewis Hamilton yielded a fourth-place finish, the first top-four finish for the Swiss-based team since 2013. Räikkönen finished 12th in the Drivers’ Championship with 43 points, which, again, was the best result for a driver of the Swiss-based team since 2013.

Don’t miss out on a fantastic race worn suit from one of the most popular drivers in F1 history.