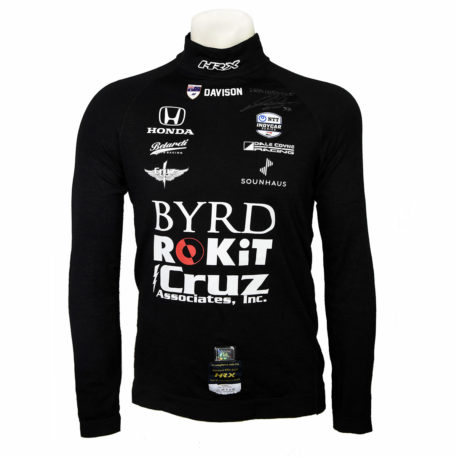 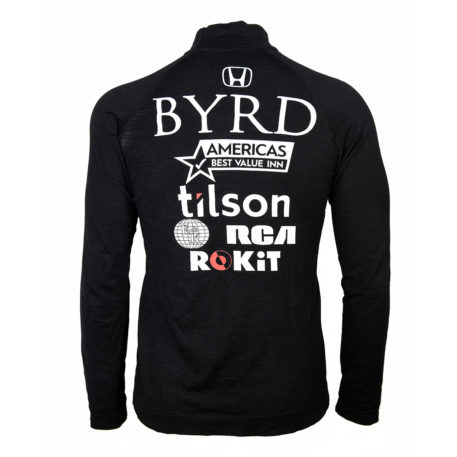 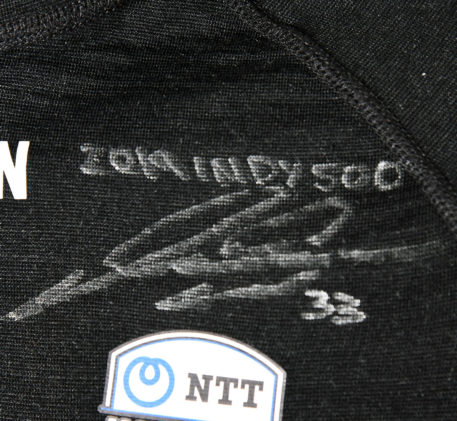 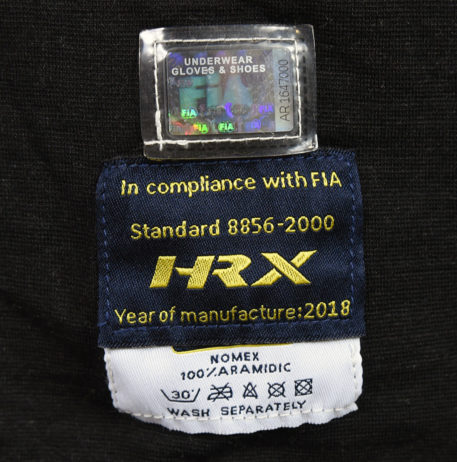 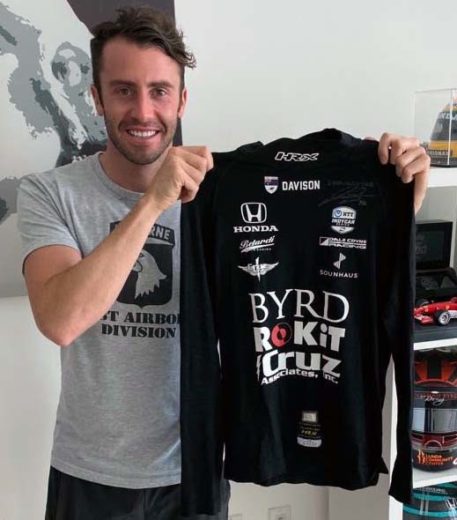 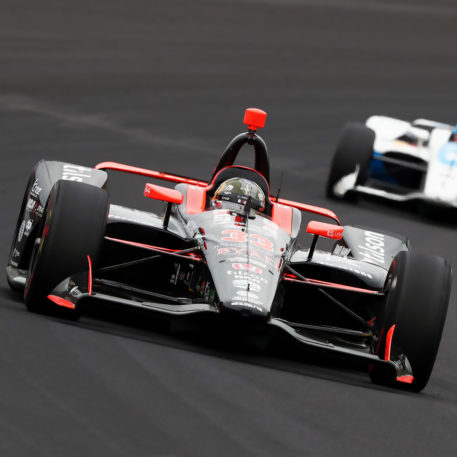 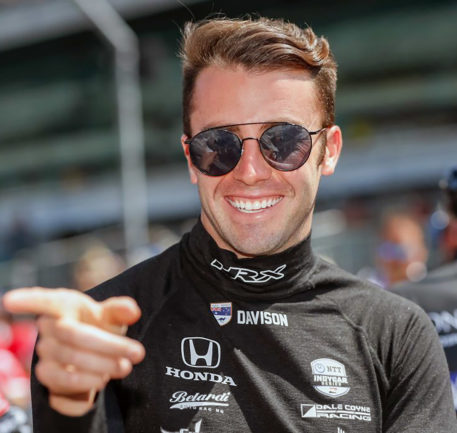 Nomex race-worn undershirt from Australian multi-disciplined driver James Davidson, used during the 2019 Indianapolis 500. Davidson would drive his Coyne/Byrd/Hollinger/Belardi Dallara DW12 machine to a respectable twelfth place finish in the race that year.

The black HRX undershirt has many sponsor/suppliers branding logos printed to the front and back, including Byrd, Rokit, Cruz Associates, Tilson, and RCA to name just a few. James Davidson has personally signed, dated, and race documented the shirt on the left chest in silver marker pen

The undershirt comes with a full Certificate Of Authenticity.