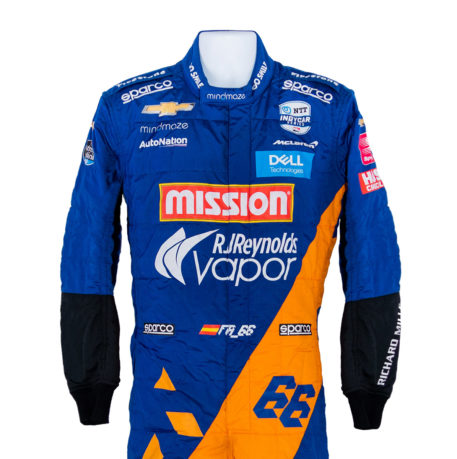 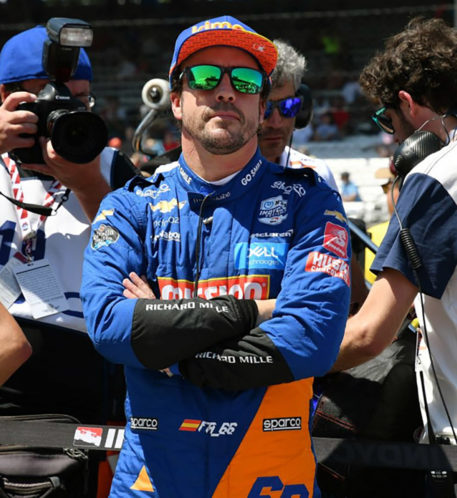 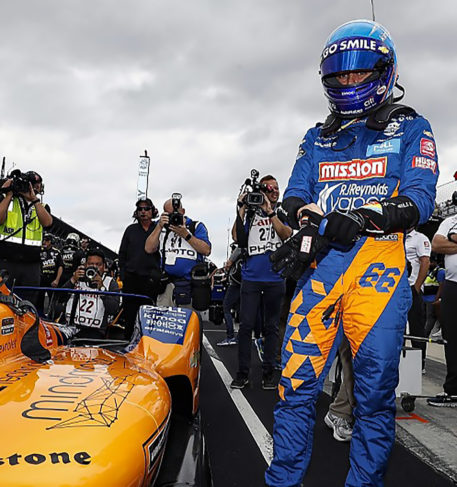 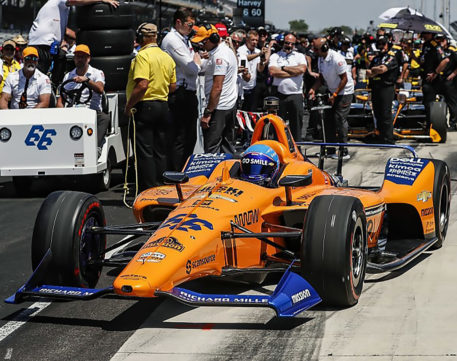 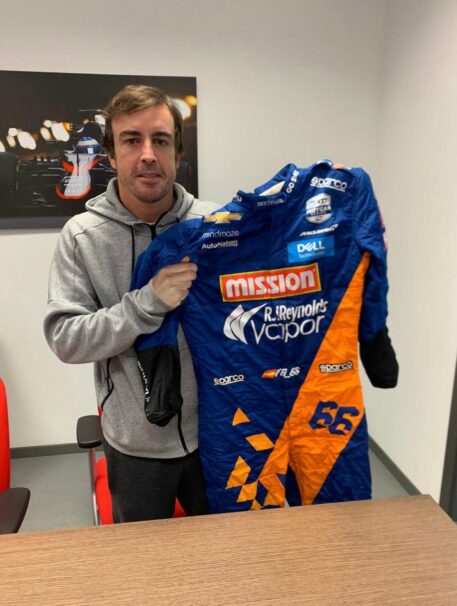 Suit used by former double Formula 1 World Champion Fernando Alonso in his attempt to capture motor racing’s triple crown (Monaco Grand Prix, 24 Hours of Le Mans, and the Indy 500). 2019 saw Alonso’s second attempt at winning the prestigious race after being denied the year before by engine failure while battling for the lead. Unfortunately, the newly formed and inexperienced Mclaren IndyCar team were beset with several mechanical problems and crash damage making their chance of qualifying for the race minimal. The two time F1 World Champion made a return to the 500 in 2020 this time with McLaren partnering with the Schmidt Peterson Team.

This is the suit Alonso used in the 2019 Indy 500 attempt. The sharp-looking Sparco suit’s oxford blue color has an orange sash on its front running from the left side and across the legs and that breaks into triangular and square shapes on the right leg. Within this sash is Alonso’s race #66. The midriff bears team sponsors Mission and RJ Reynolds lettered branding trademarks. Other branding logos are on the chest and its blue/black arms including Autonation, Dell, Mindmaze and Speedway to name a few. The back of the suit has a continuation of the orange sash from the waist upwards, again breaking into triangular and square shapes.

This very rare suit is the only Fernando Alonso IndyCar suit available in the collecting market, so don’t miss this one-time opportunity to add this suit to your collection today.