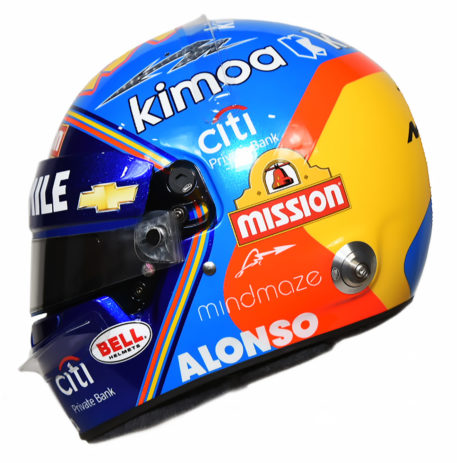 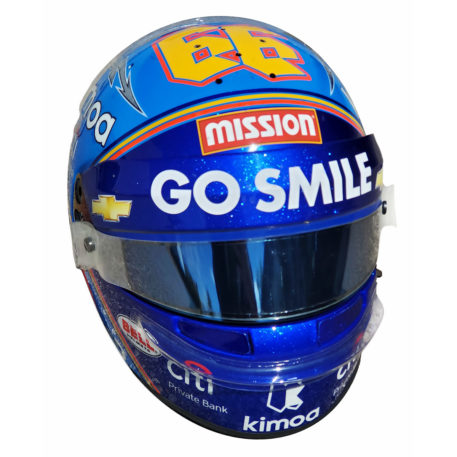 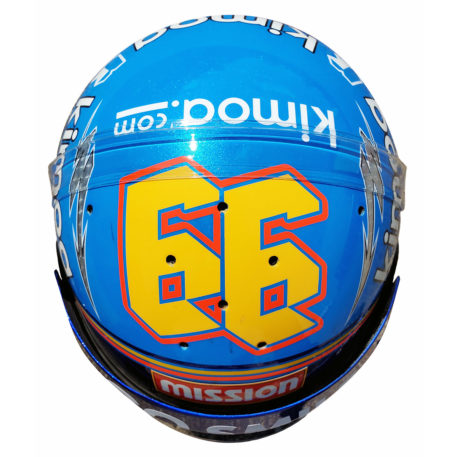 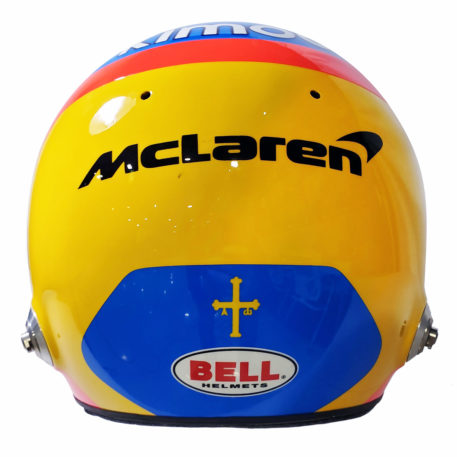 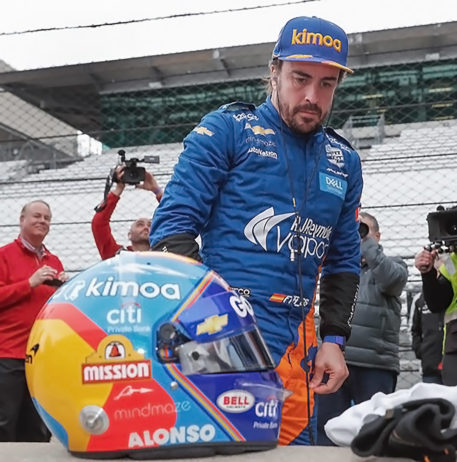 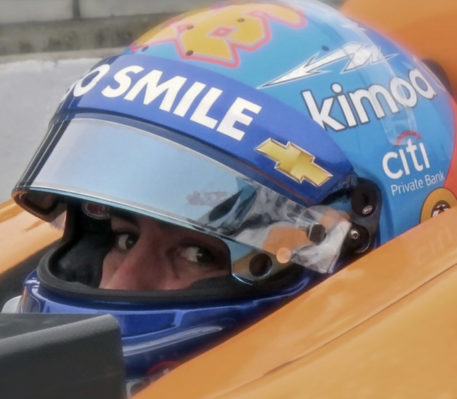 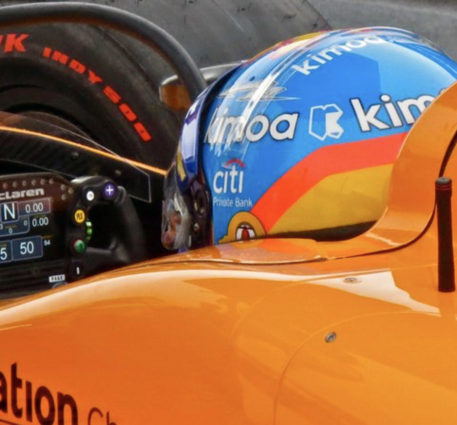 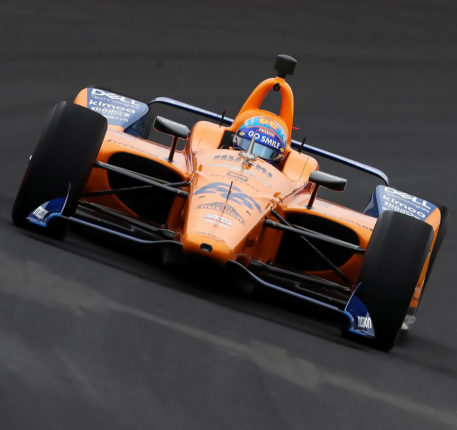 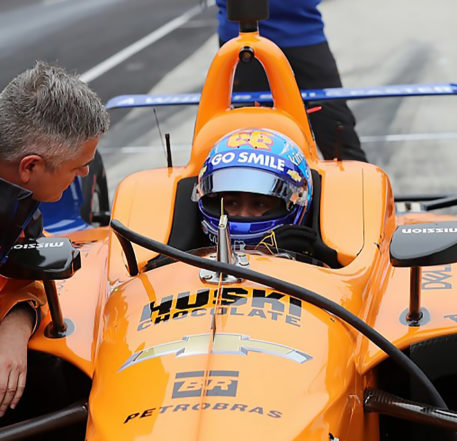 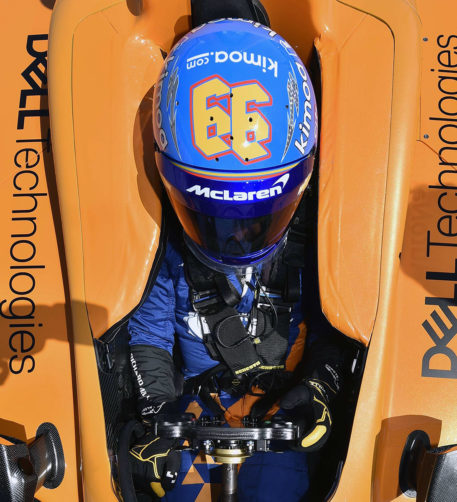 Bell HP-7 helmet used by former double Formula 1 World Champion Fernando Alonso during his second attempt to capture motor racing’s Triple Crown (Monaco Grand Prix, 24 Hours of Le Mans, and the Indy 500). Alonso used this helmet in both aero trial testing sessions at Texas and at the Indianapolis Motor Speedway. It was also lined up to be the helmet Alonso was to use on race day.

2017 saw Alonso’s first attempt at the prestigious race and after leading 27 laps engine failure took him out of the lead and out of the race. Unfortunately, the newly formed and inexperienced McLaren IndyCar team was beset with many mechanical problems and crash damage making their chance of qualifying for the race minimal. Even an experienced F1 World Champion driving for a legendary motor sport powerhouse could not get their entry up to speed and as Alonso failed to make the starting line up by just 0.019mph. This illustrates how winning the Indianapolis 500 is one of the toughest tasks in the whole of motor sport.

The helmet has Alonso’s iconic the blue, yellow and orange sections representing the colors of his home Spanish nation and Asturias region. The darker blue front section has dividing blue, yellow and orange pinstripes. To helmet is adorned on either side with many of the team sponsor/suppliers branding logos that include Kimoa, Citi, Mission and Mindmaze, with Alonso’s name added to the bottom. The crown of the helmet has Alonso’s race #66 in yellow, edged in red, and this is flanked by Alonso’s ‘Arrow’ personal logos on either side and with personal sponsor Kimoa lettering to the rear. The front of the helmet is replete with sponsor/suppliers branding logos around its chin and cheeks, and the visor has a ‘Go Smile’/Chevrolet visor panel. A blue section at the back of the helmet has the Asturias cross and a Bell Helmets oval decal, with McLaren team lettering above this.

The helmet comes as last used with its air deflectors attached to the chin and the across the crown and HANS post anchors still attached.

The helmet will be accompanied by a letter from Chief Executive Officer of McLaren Racing, Zak Brown, as well as a Hall of Fame Collection Certificate Of Authenticity.

Don’t miss out on this very rare opportunity to add a Fernando Alonso original worn helmet to your Motorsport collection today.