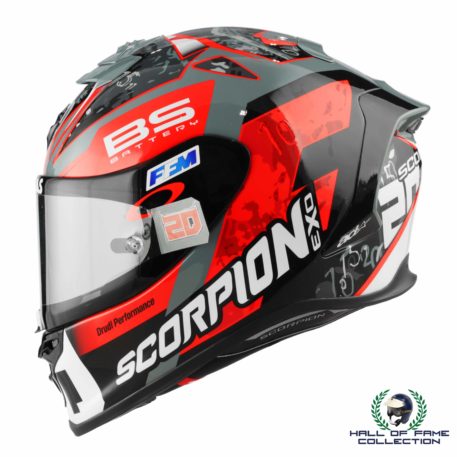 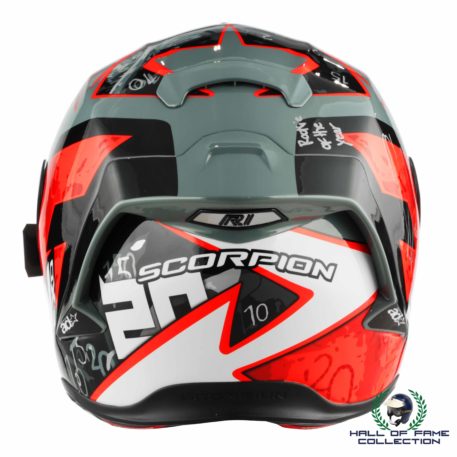 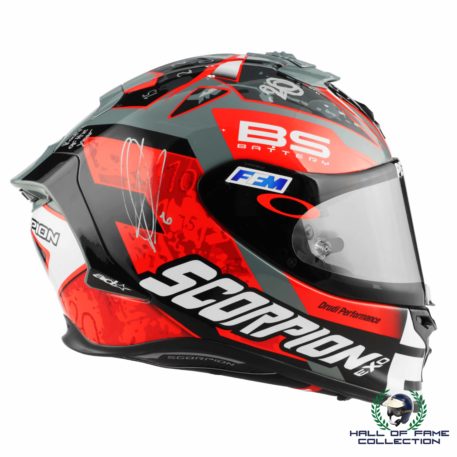 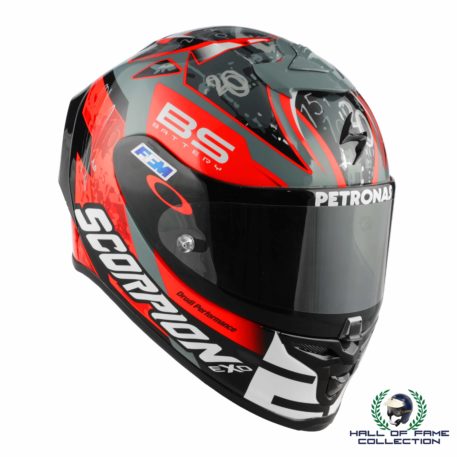 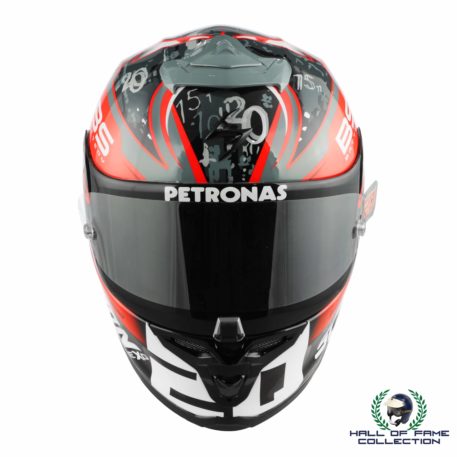 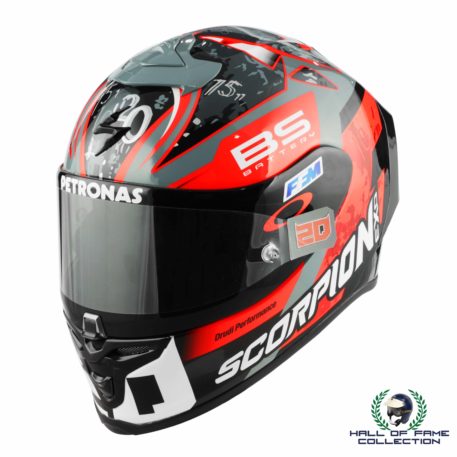 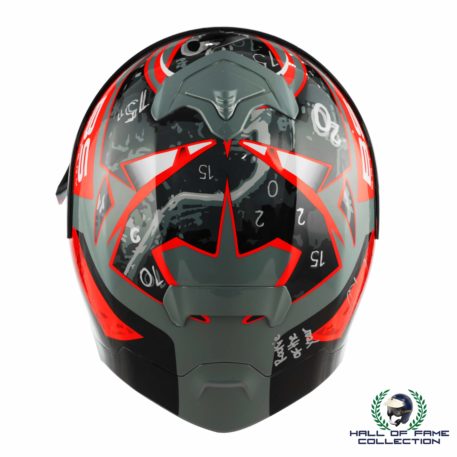 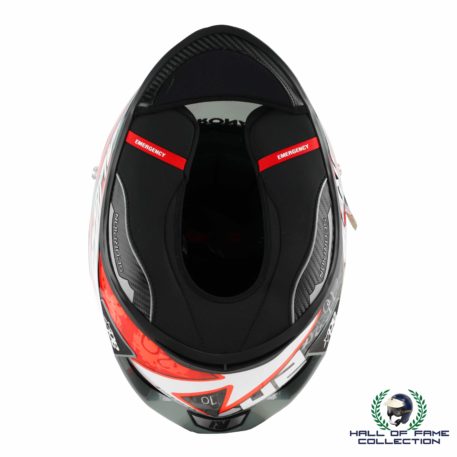 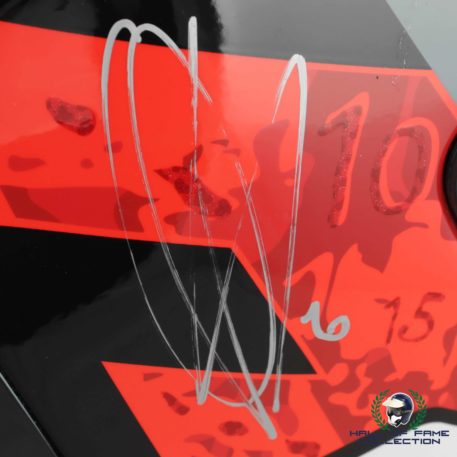 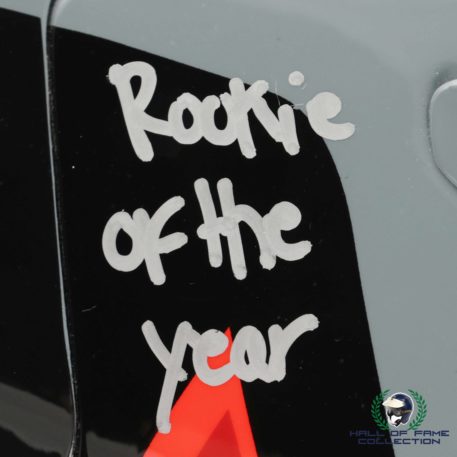 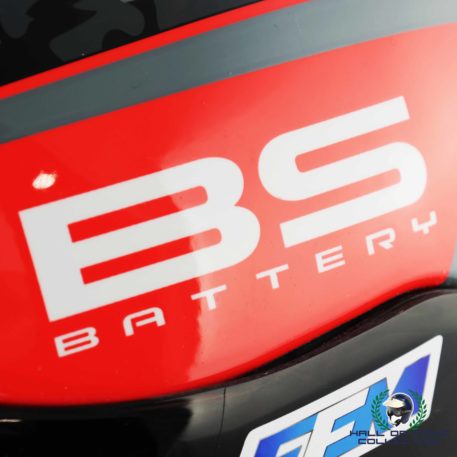 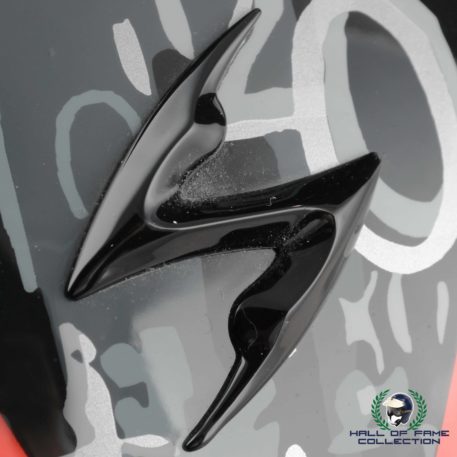 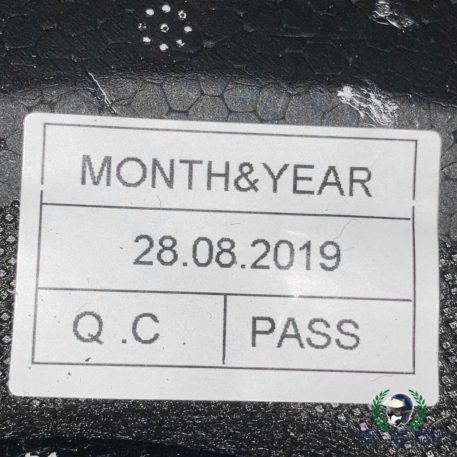 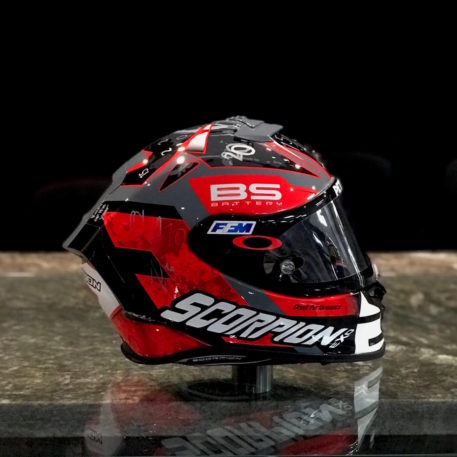 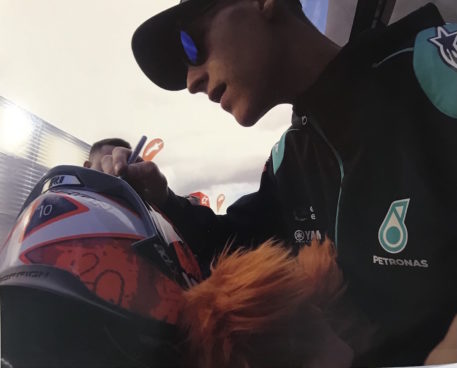 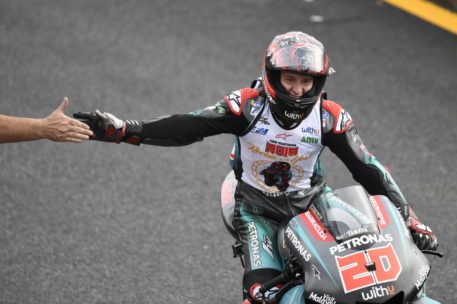 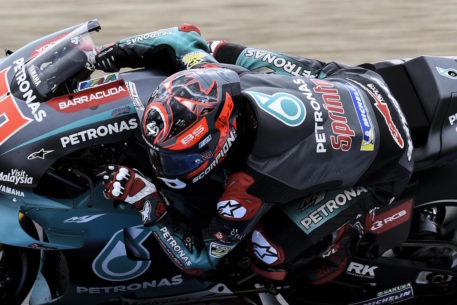 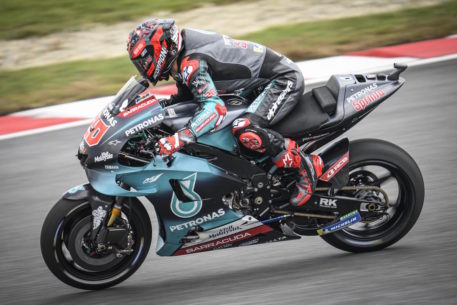 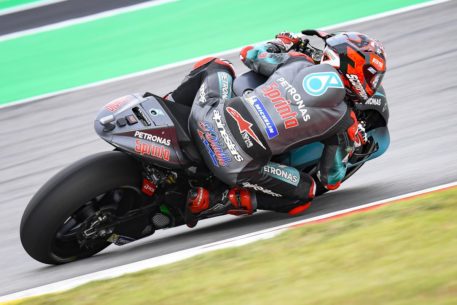 Replica Scorpion EXO helmet like the one worn by the Frenchman Fabio Quartararo in his rookie season during the 2019 MotoGP season. The red, grey and black helmet is an excellent replica of one he used during the year and is painted to exacting standards. Quartararo, nicknamed El Diablo, is currently racing in MotoGP for Monster Energy Yamaha MotoGP.

In August 2018, it was announced that Quartararo would join Franco Morbidelli at the newly-created Yamaha satellite team, Petronas Yamaha SRT, in 2019. In just his fourth race of the season, at the Spanish GP, Quartararo would qualify on pole position. With this pole position he took the record for youngest ever polesitter in the MotoGP class, a record previously held by Marc Márquez since 2013. He also qualified on pole position in Catalunya (ultimately finishing the race in second place) and at the following race in Assen would set a new lap record in becoming the youngest rider with consecutive pole positions in MotoGP history. He finished third in Assen, behind Maverick Viñales and Marc Márquez. At the next race at the Sachsenring he qualified second, behind Marc Márquez. During the second lap of the race Quartararo slumped in the third corner while sitting on the inside with Danilo Petrucci. He ended up in the gravel. This crash was his first crash during a race in his rookie season in MotoGP. Quartararo achieved further podium finishes on the season with a third place in Austria and four second place finishes in San Marino, Thailand, Japan, and Valencia, respectively. He started from pole position in Thailand, Malaysia, and Valencia. Quartararo ultimately finished the season in 5th place in the riders’ standings with 192 points, 7 podiums, and 6 pole positions.

The helmet is signed by Quartararo and commemorated with “Rookie of the year” in silver marker pen.