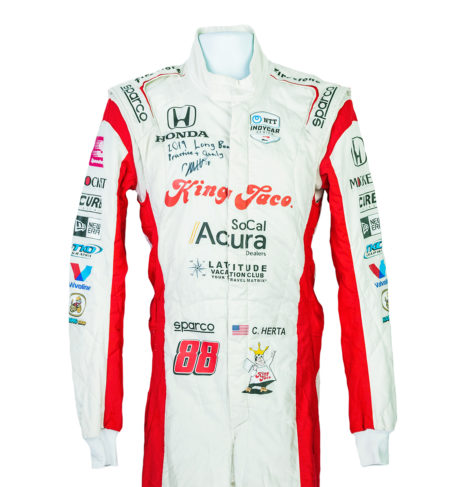 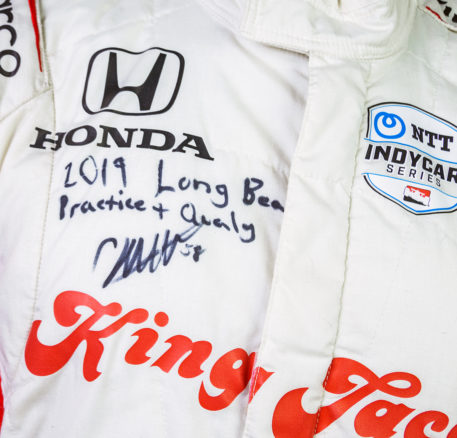 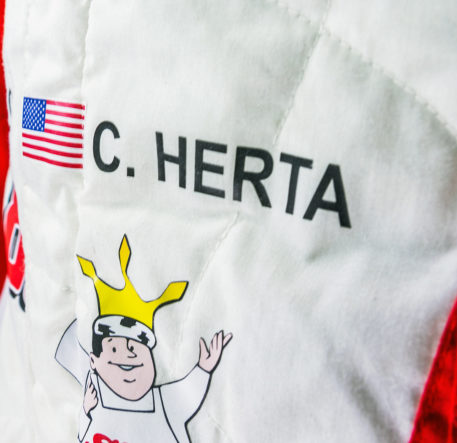 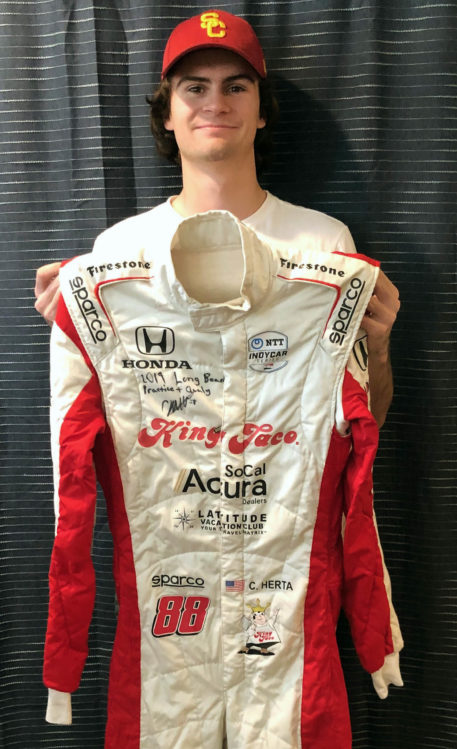 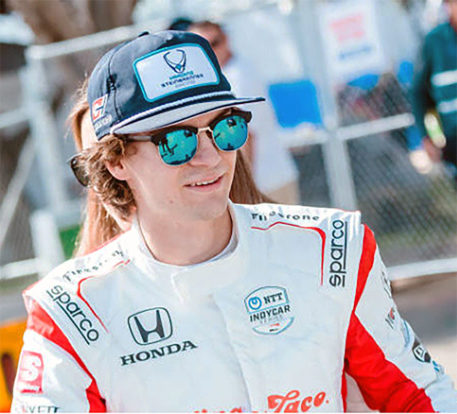 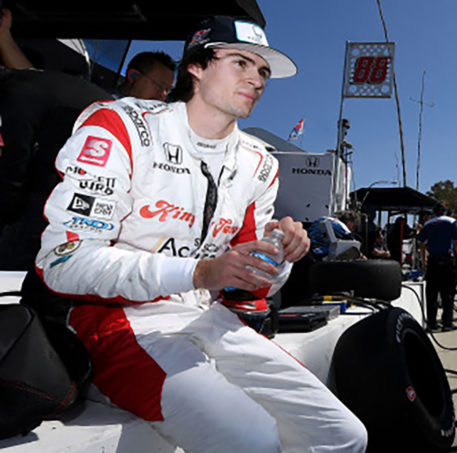 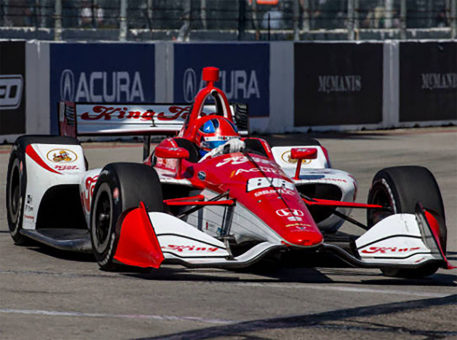 Colton Herta is one of a new generation of IndyCar drivers and, judging by his first full ‘rookie’ season in the IndyCar series, is destined to reach the top. After a successful couple of seasons in Indy Lights and one IndyCar start at the end of 2018, Herta was signed to drive for Harding Steinbrenner Racing in their #88 car for the 2019 season. He was the first IndyCar Series driver born in the 2000’s to start a race. Colton became the youngest-ever winner (at the age of 18) in IndyCar history by winning the IndyCar Classic at the Circuit of the Americas. He also became the youngest-ever pole-sitter by winning the P1 award at the REV Group Grand Prix at Road America. Colton then finished off the season by winning the Monterey Grand Prix at the Laguna Seca Raceway. Herta is the son of former IndyCar and Champ Car driver, and now team owner, Bryan Herta.

This Sparco race suit was worn by Herta in this first season. He used it in practice and qualifying sessions for the first race of the 2019 IndyCar calendar at the Firestone Grand Prix of St. Petersburg. The mainly white suit has red panels that run down the sides, inner arms and across the back shoulders and waist. It had the team’s three main sponsors for this race, the Taco King, SoCal Acura and Latitude Vacation Club branding logos printed on the front of the suit. There are many other sponsor/supplier logos applied to both arms including Curb, Valvoline and New Era just to name a few. On the back of the suit is Herta’s and Harding Steinbrenner Racing’s twitter tags as well as security company CrowdStrike lettering. The waist area has Hertas’s name, race #88, and the ‘Stars, and Stripes’ flag as well as a Taco King’s cartoon king image. Towards the bottom of the left leg is the Harding Steinbrenner Racing lettering logo.

The suit comes personally signed, race documented and dated by Colton Herta. The suit was obtained directly from the young star and is accompanied by a full Certificate of Authenticity.

This is a fabulous opportunity to own one of this fast-rising star’s race-used items.