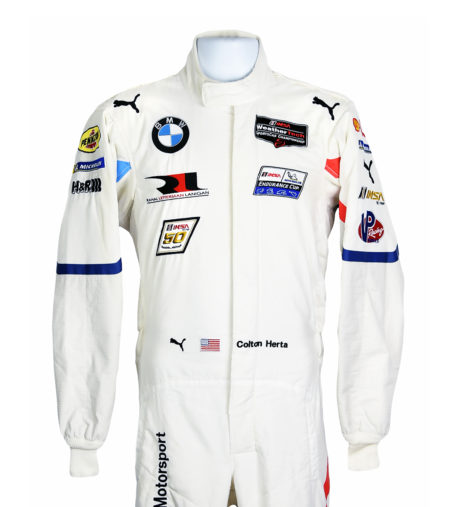 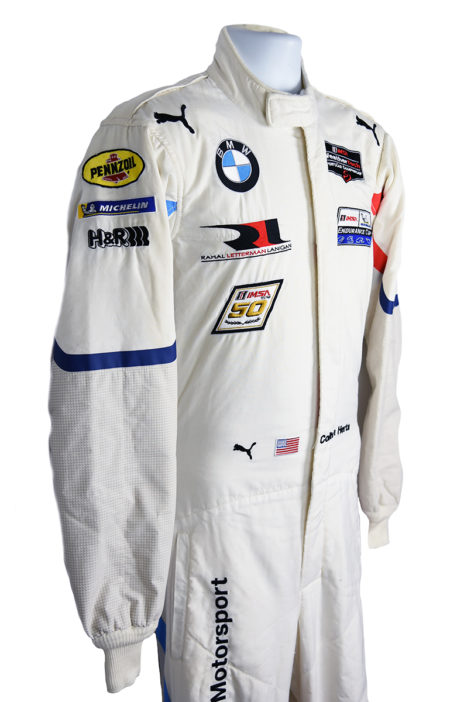 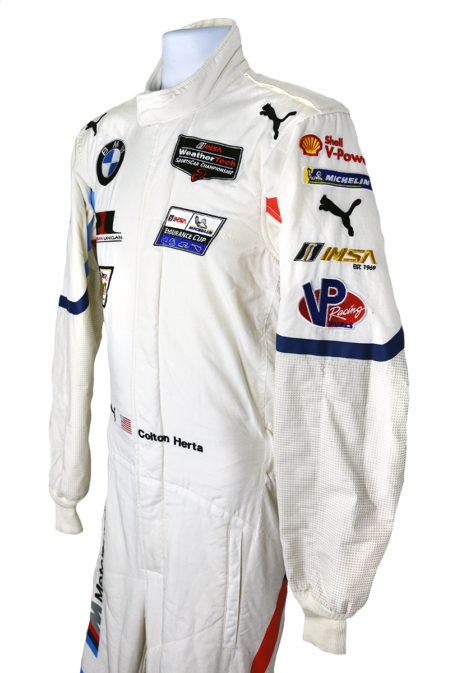 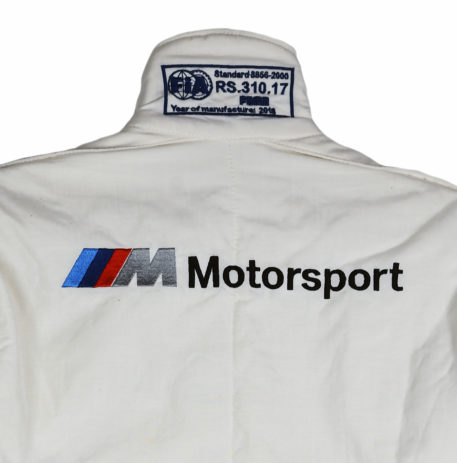 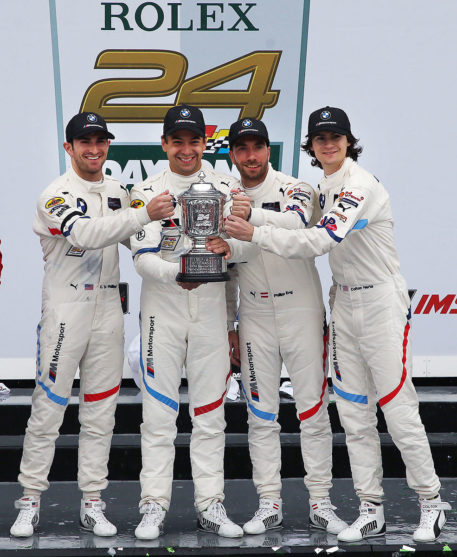 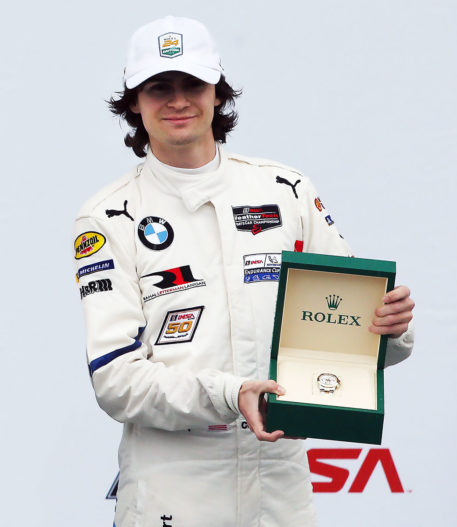 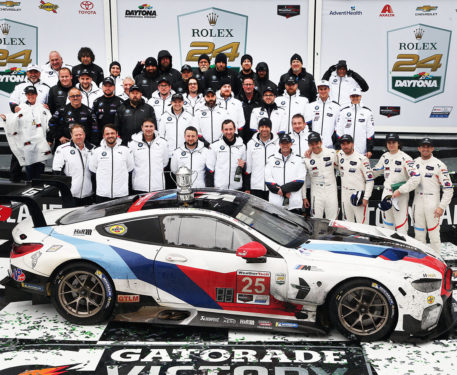 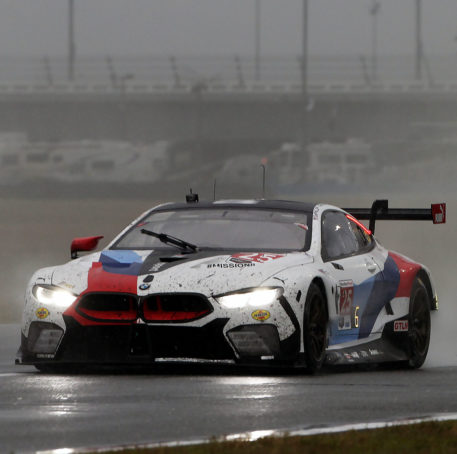 This suit was worn by young American IndyCar driver Colton Herta in his team’s GTLM class win at the 2019 24 Hours of Daytona. This was the first-ever Grand Touring event Herta would compete in. Driving for Rahal Letterman Lanigan Racing, in the #25 BMW M8 GTE, Herta and co-drivers Connor De Phillippi, Augusto Farfus, and Philipp Eng weathered the torrential rain that fell during the night and put the car within the leading pack keeping them in contention. With seven hours remaining race control decided to suspend the race for safety reasons, but it would resume under yellow flags roughly two hours later. When the cars were free to race the #25 drivers again held their nerve, avoided making any mistakes, and found themselves lying second in their class. Just one lap before the race was suspended for the second time Farfus, at the wheel of the car, overtook the class-leading Ferrari. This ultimately proved to be the decisive moment in the race, as race control deemed the conditions too treacherous to continue and ended the race as it stood, leaving the RLL/BMW drivers to celebrate a significant GTLM class victory. Colton Herta can be seen wearing this suit on the race winner’s podium with his co-drivers and team members after their victory (see pictures).

The white Puma suit has the works BMW M-Motorsports red and blue bands running around both arms and legs, with the leg bands joining at the back of the suit. On the chest there are many embroidered IMSA series patches as well as an RLL/BMW embroidered team logo and emblem. Both arms carry various branding logos from team supplier companies that include Shell, VP, and Pennzoil to name a few. The forearms also have a light grey graphic squares pattern printed on them. On the back of the suit there is an M-Motorsports logo with lettering across the shoulder area.

This is a fantastic opportunity to acquire this historic Daytona 24 Hours race-winning suit worn by an up-and-coming star of the IndyCar series.