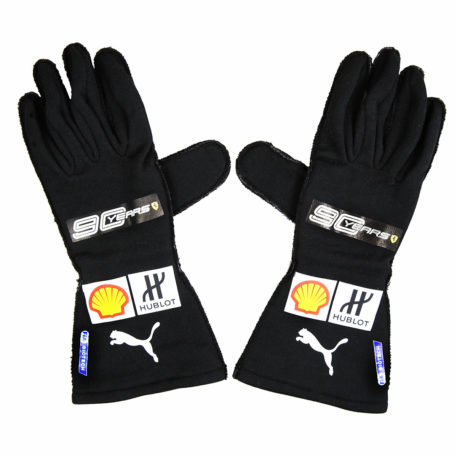 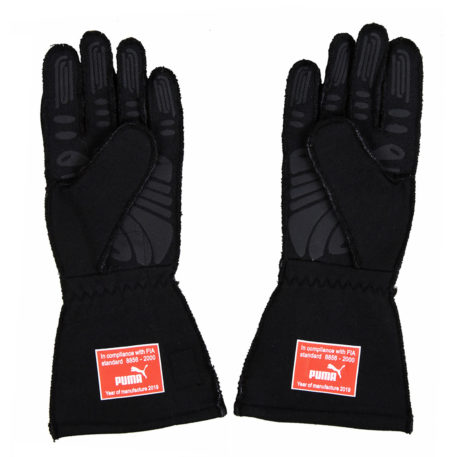 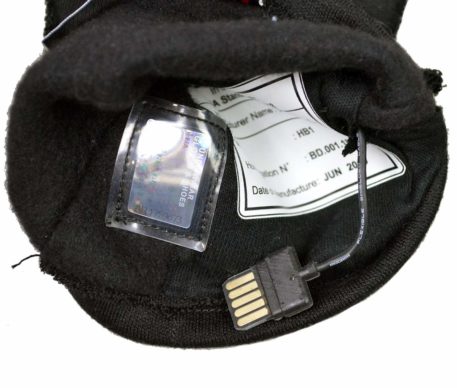 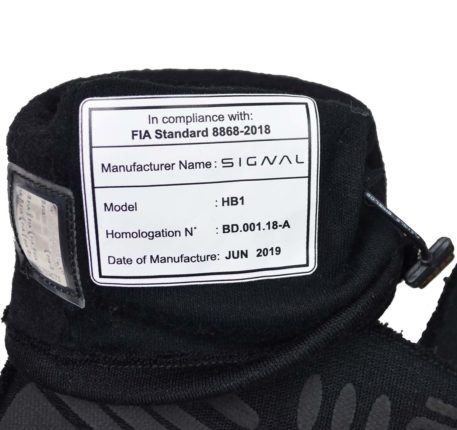 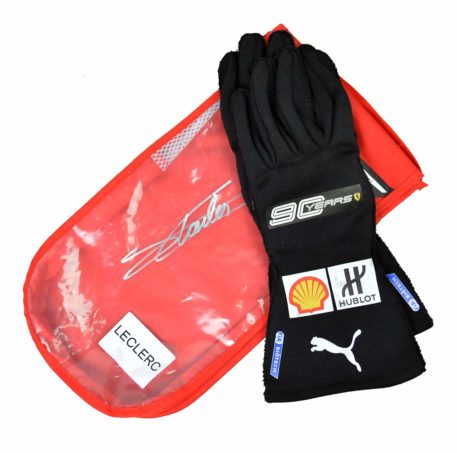 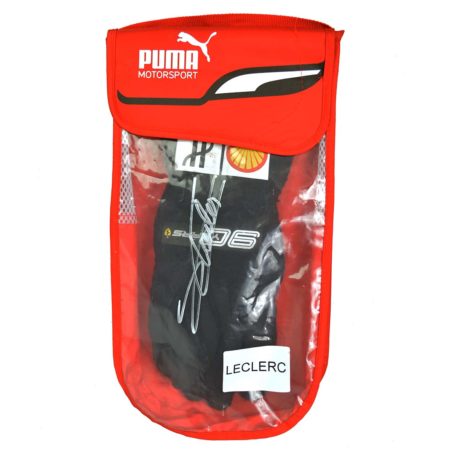 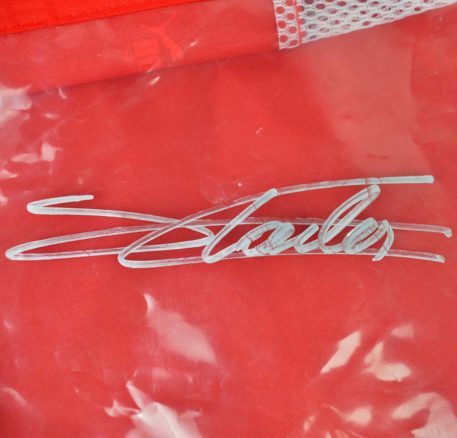 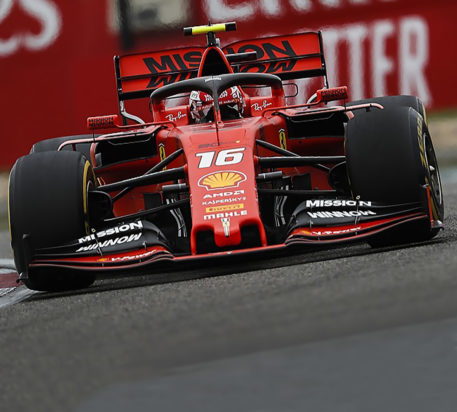 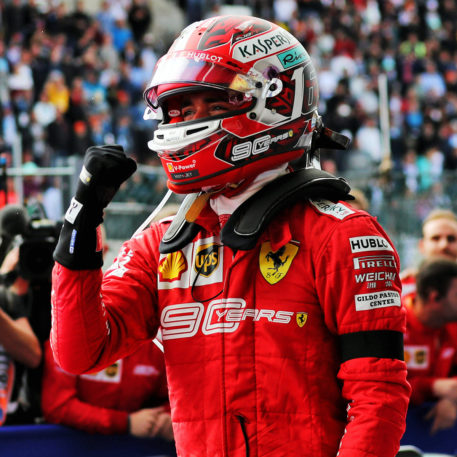 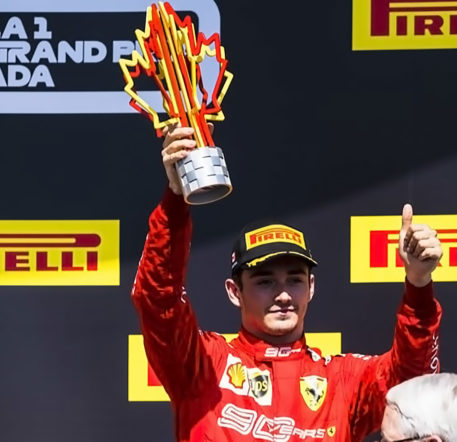 Pair of Puma Motorsport Biotech gloves worn by Scuderia Ferrari driver Charles Leclerc. The Monégasque driver wore the gloves during the Canadian GP in 2019 in which he scored a third place finishing podium. During the season Leclerc would have nine podium finishes in total including two win at the Belgium and the Italy Grands Prix, which saw him finish fourth in the drivers’ championship.

The black gloves have Ferrari’s 90th Anniversary logo on the top of both gloves, as well as Shell Oil, Hublot and Puma trademark logos on the cuffs. The palm side has black gripper fabric embossed to the inner palms and fingers, and the FIA standard label is printed on the cuffs. The gloves have the Biotech plug-in leads and manufacturer’s printed labels and tags inside the cuffs. They come in a Puma pouch that has a Leclerc label applied to it, and the pouch has been personally signed by Charles Leclerc with a silver marker pen.