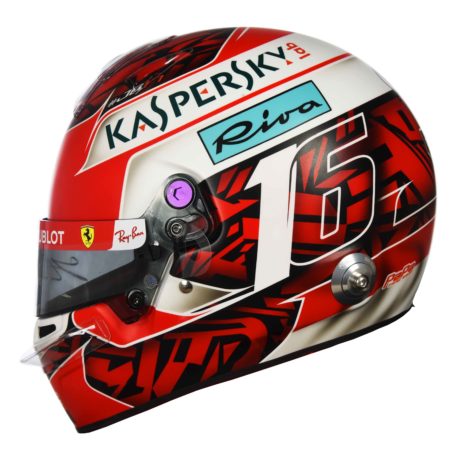 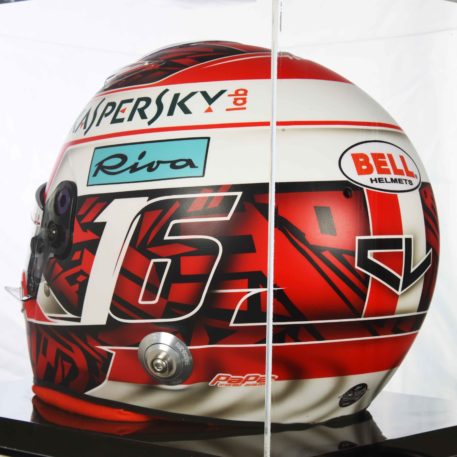 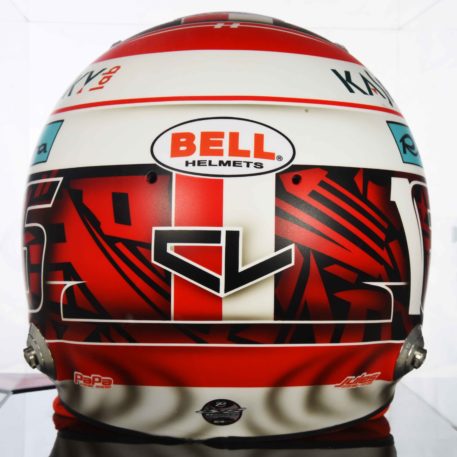 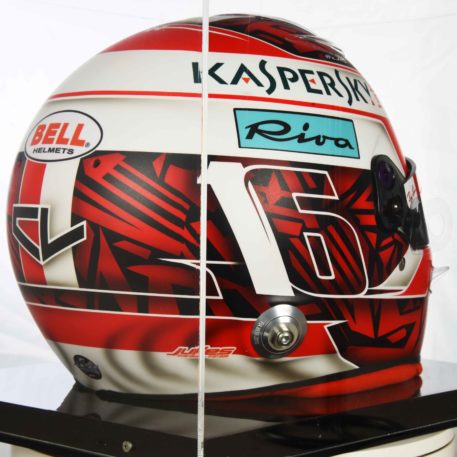 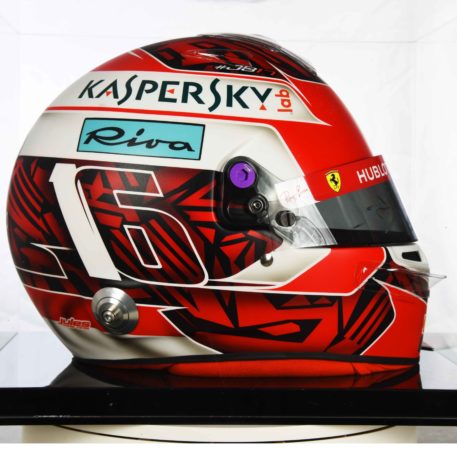 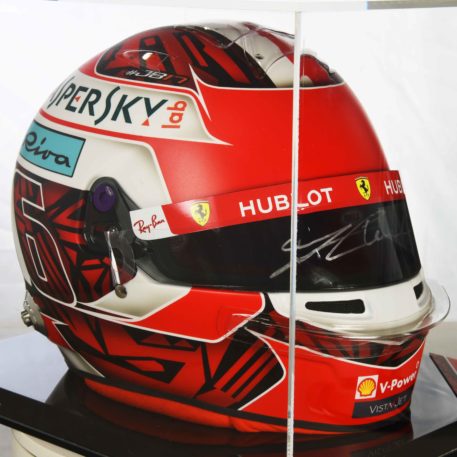 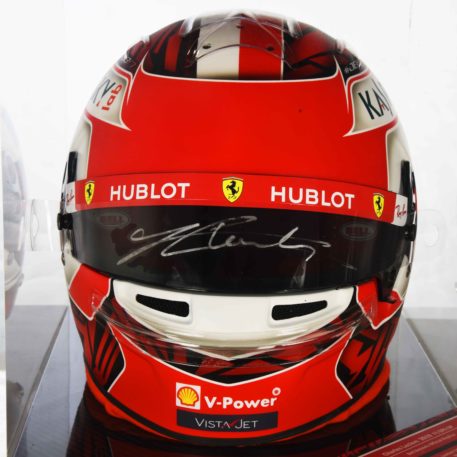 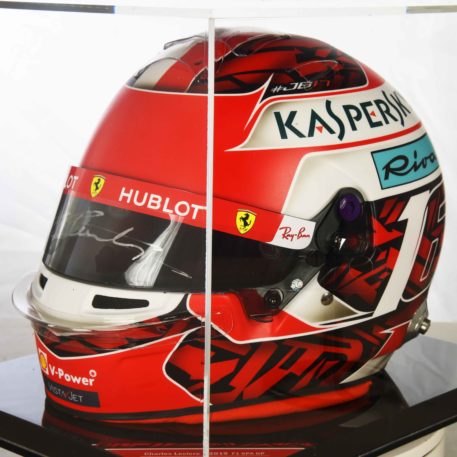 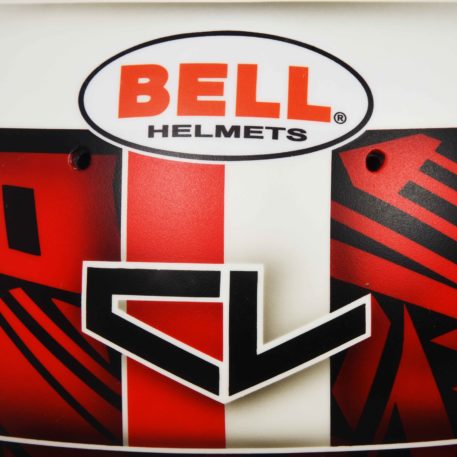 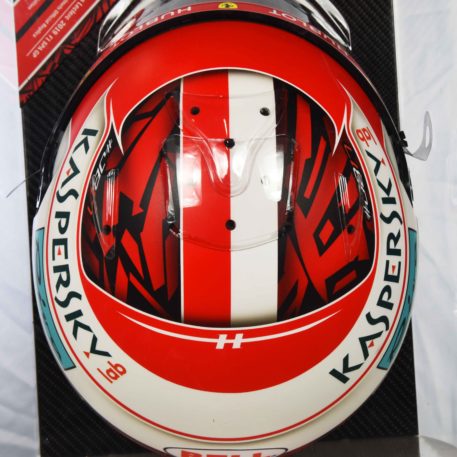 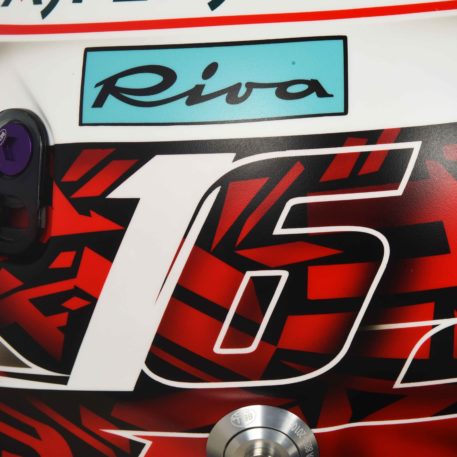 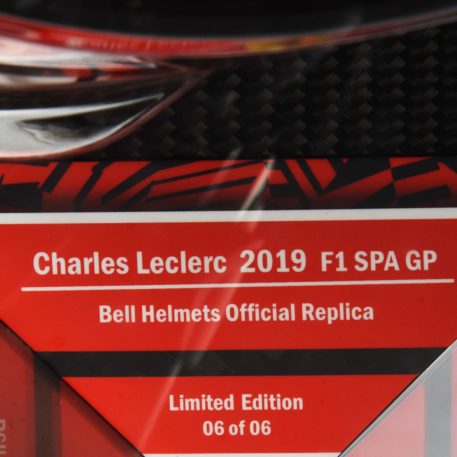 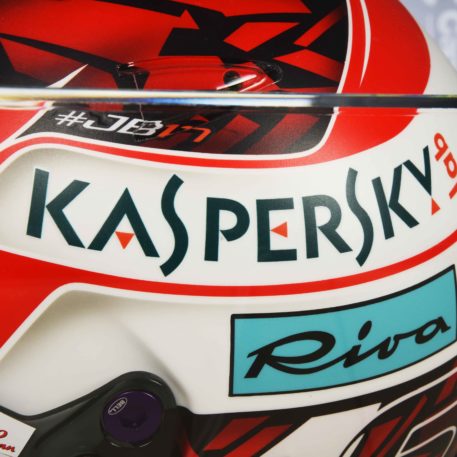 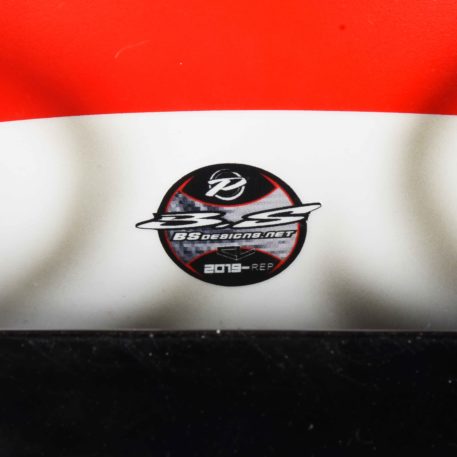 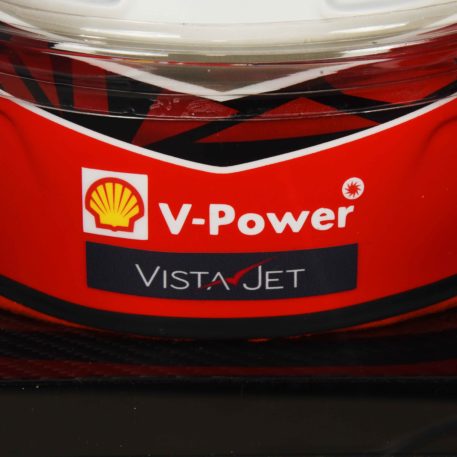 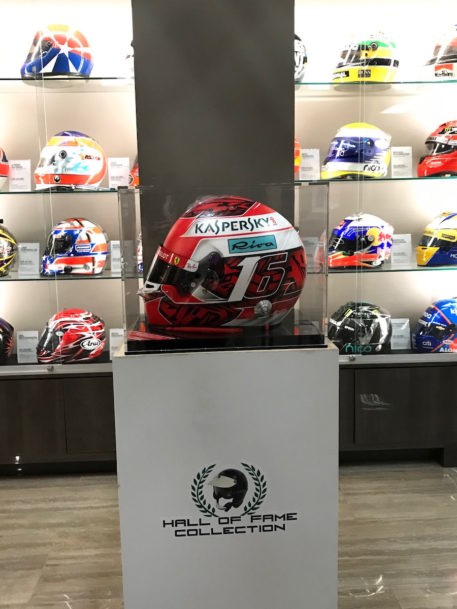 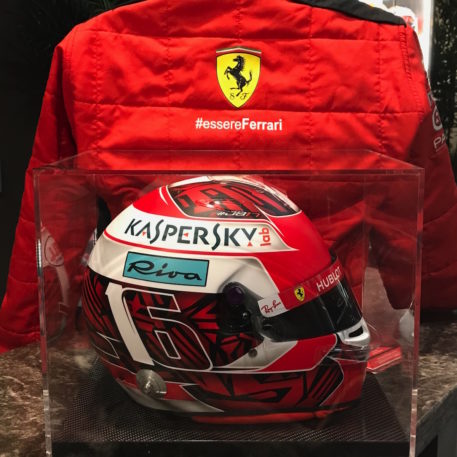 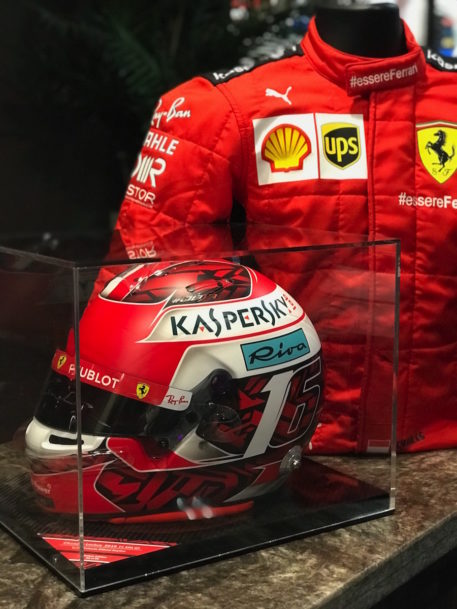 This exclusive Original Bell helmet is an Bell produced replica in a very limited edition (only six worldwide) by Bell Helmets to celebrate Scuderia Ferrari’s Monegasque driver Charles Leclerc’s first win in the Grand Prix of Belgium held at Spa Francorchamps. This win came at a very tough time for Charles as he had just witnessed his friend, Anthoine Hubert, pass away in the F2 Feature Race at Spa just a day earlier. Leclerc dedicated his win to Anthoine.

Charles helmet is stunning in its matte red/white/black theme with his race number 16 emblazoned on the sides. The Monaco flag runs down the center of the helmet. It also has Scuderia Ferrari sponsors Kaspersky and Riva brandings decals in the white bands around the top of the helmet. There are two tributes on the helmet in memory of both his father and of his friend and godfather Jules Bianchi. The visor bears a Rayban, Ferrari and Hublot branded sun strip and the visor has been personally signed by Charles Leclerc in silver marker pen.

The helmet has been handcrafted and hand-painted by the same team of highly skilled craftsmen and in the same factory where all of Charles Leclerc’s helmets are made. The high technology components, its shell, interior, and visor are made with the same materials as original race-worn racing helmets, featuring a high level of engineering excellence. The state-of-the-art helmet comes secured in a special Plexiglas display case with a carbon fiber base bearing its unique serial number. This is helmet #6 of 6.

It comes with a Hall of Fame Collection Certificate Of Authenticity.