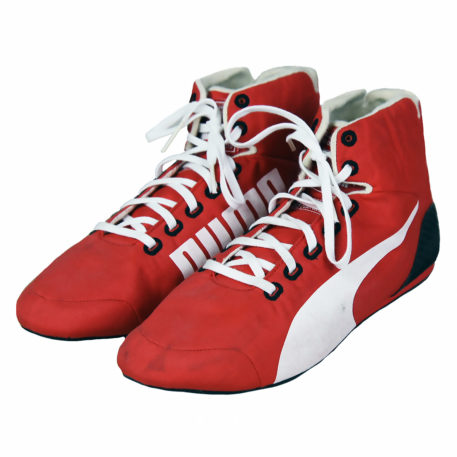 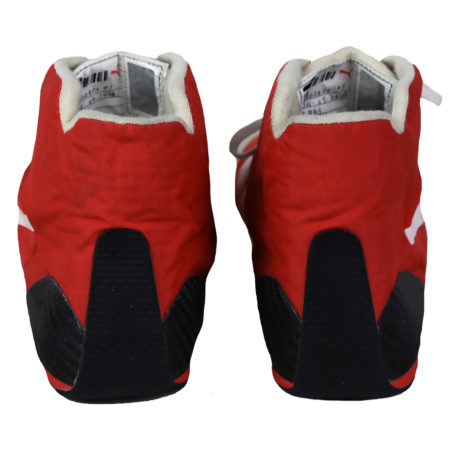 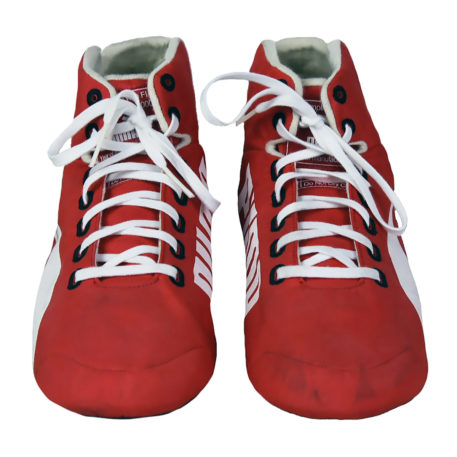 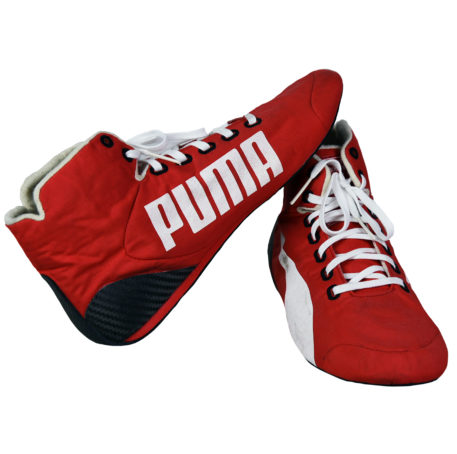 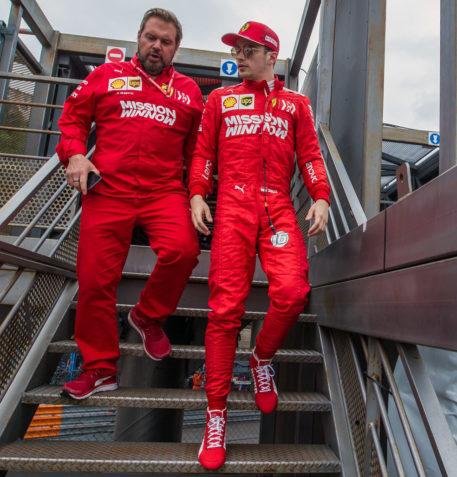 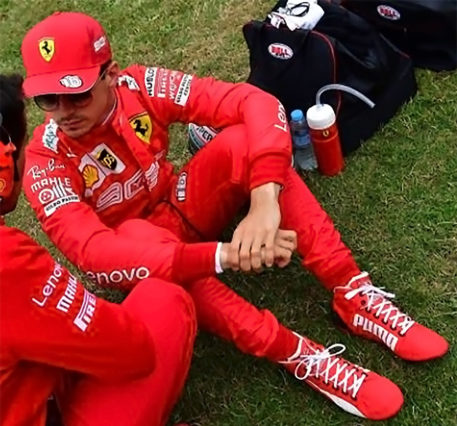 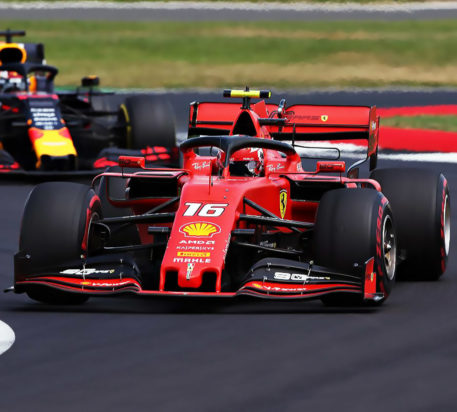 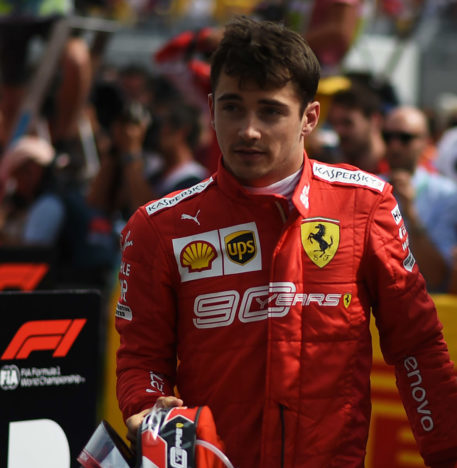 Pair of Puma race boots worn by Scuderia Ferrari’s rising star Charles Leclerc. The Monégasque driver wore these boots during his first season driving for the Maranello based team. During the season Leclerc would score nine podium finishes including two wins in the Belgium and Italy Grands Prix, seeing him finish fourth in the Drivers’ Championship. These ultra-lightweight boots show signs of race-wear and, due to the date label, would have been used on at least two or three occasions during the last half of the season. The ‘Ferrari Red’ boots bear the iconic Puma stripes and have the aforementioned driver/order/date labels and holograms stitched into the boots.

Ferrari race-used items that have been recently worn rarely become available, so don’t miss out on this great chance to own these Ferrari race-worn items from a driver who is destined to become a future World Champion.