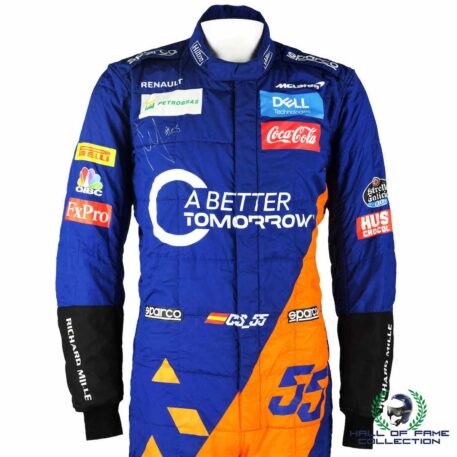 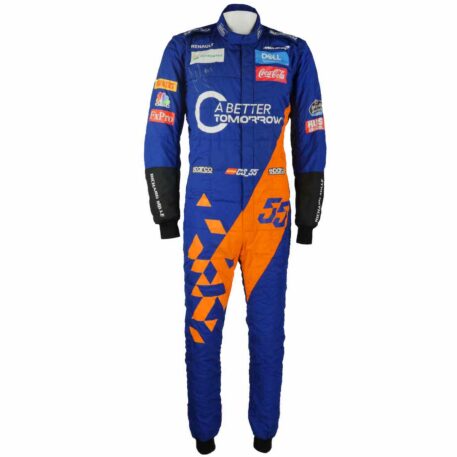 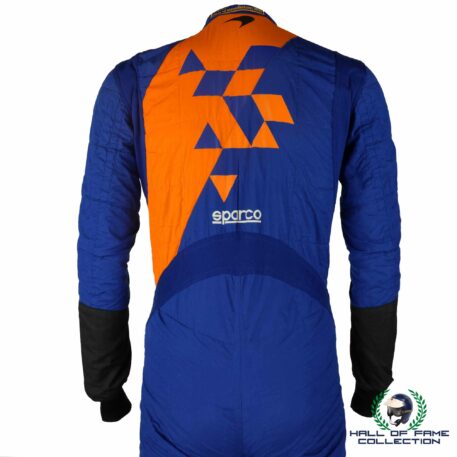 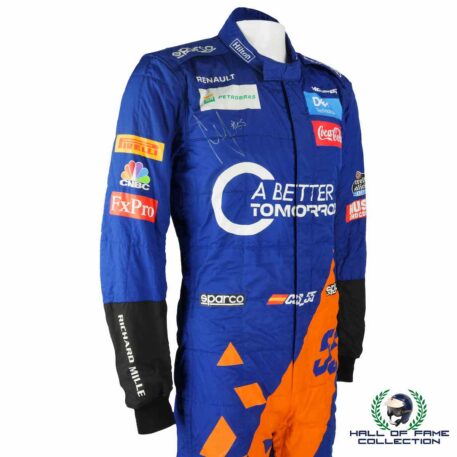 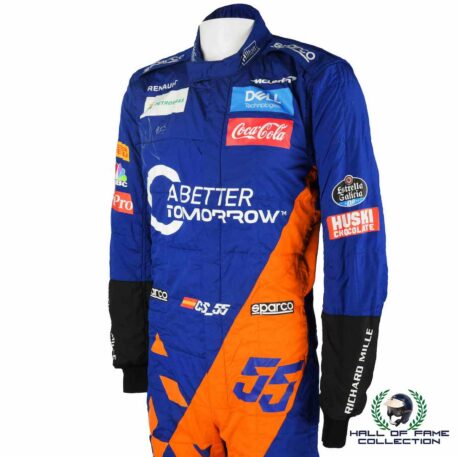 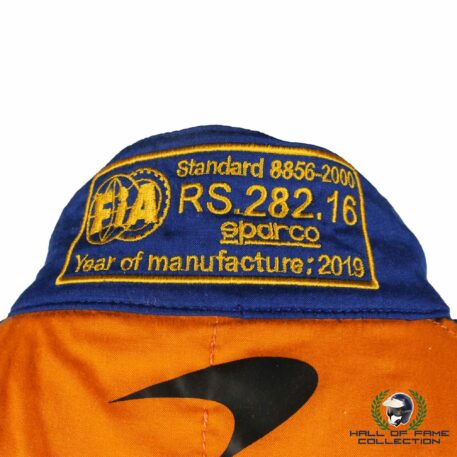 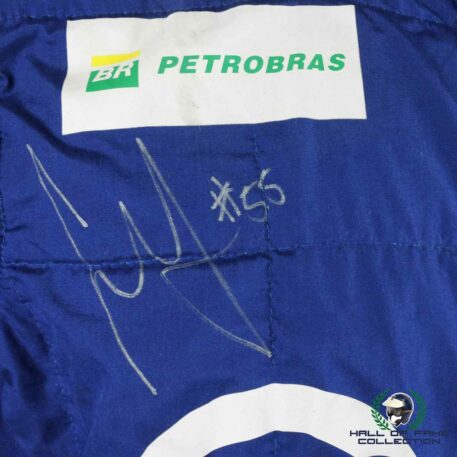 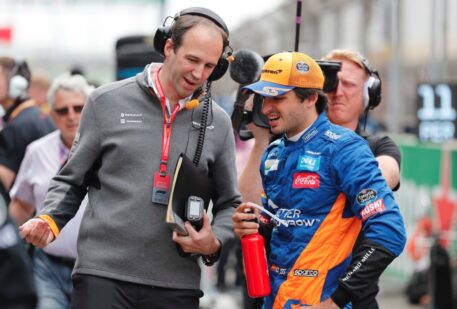 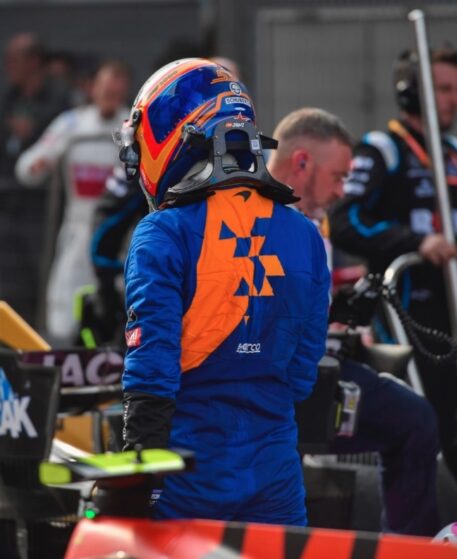 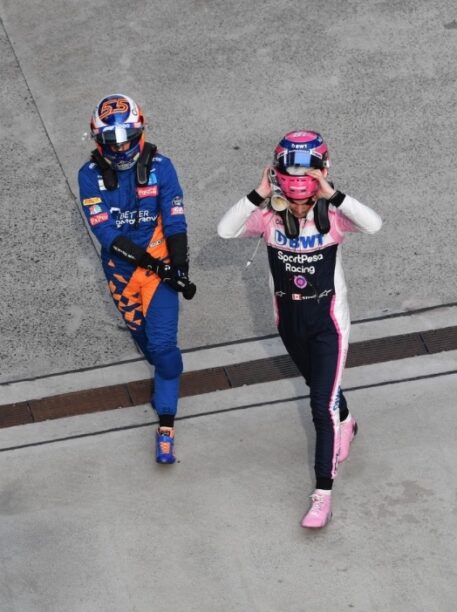 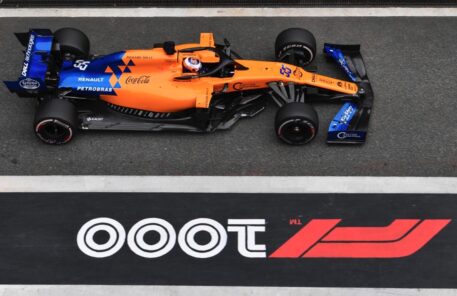 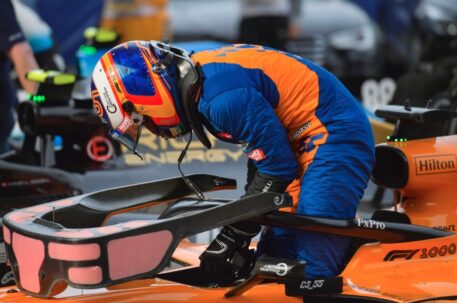 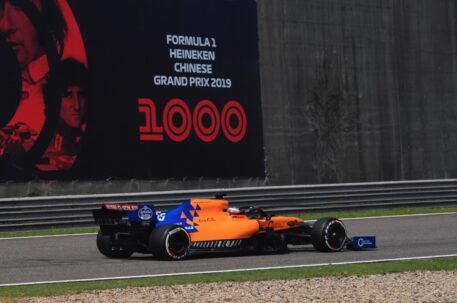 Sparco suit worn by Carlos Sainz during Formula One’s 1000th GP held at the Shanghai International Circuit in China in 2019.

Carlos Sainz came up through the Red Bull Junior driver program, driving under their banner for all of his junior career while racing in Formula BMW, Formula 3, GP3 and Formula Renault 3.5 where he won the Championship in 2014.

In 2015 Sainz made his move to F1 earning a race seat with Scuderia Toro Rosso. He continued with them well into the 2017 season, when he cut ties with Red Bull and moved to Renault for the final 4 races of 2017. In 2019 he made the switch to McLaren, scoring his first podium in F1 with a 3rd place in Brazil, ending the season in 6th place in the overall drivers’ standings, a feat he repeated the following year at McLaren with his second podium, a 2nd place finish at the 2020 Italian GP. Sainz would once again finish the season in 6th place in the Drivers’ Championship.

With many top ten finishes in his two seasons at McLaren, Sainz eventually caught the eye of Ferrari and duly signed with the Scuderia for the 2021 F1 season. Carlos would go on to score an excellent 2nd place finish in Monaco, and 3rd place finishes in Hungary, Russia and Abu Dhabi, respectively, finishing 5th this time in the overall drivers’ standings. That elusive first win is surely just around the corner for the young Spaniard.

The suit is signed by the Sainz and comes with a Certificate Of Authenticity.