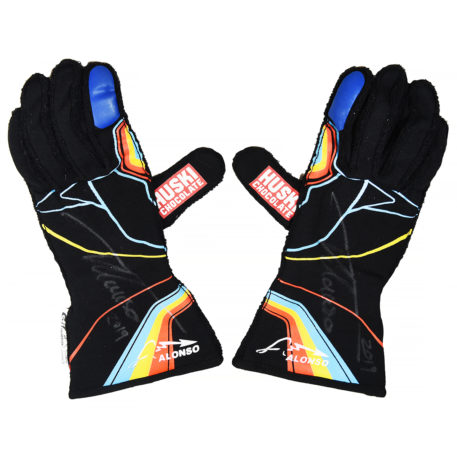 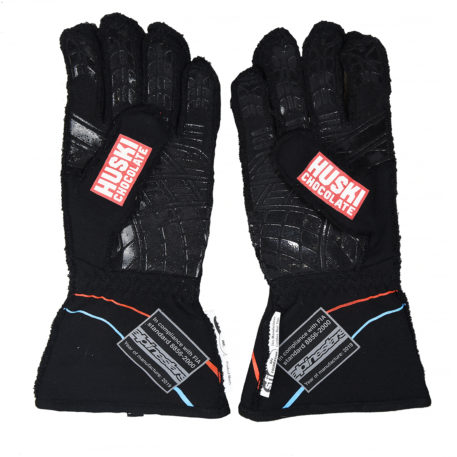 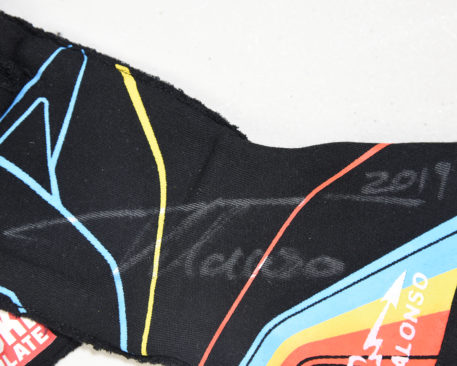 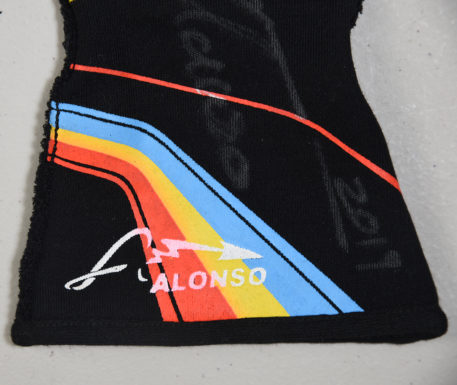 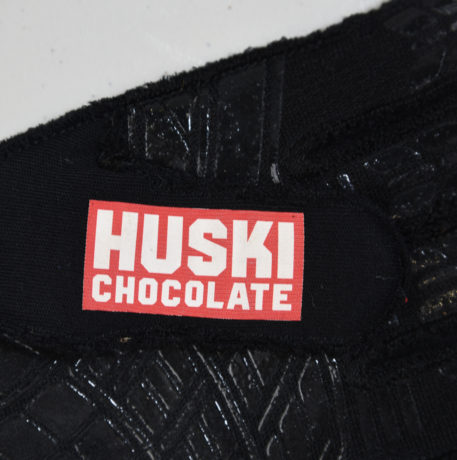 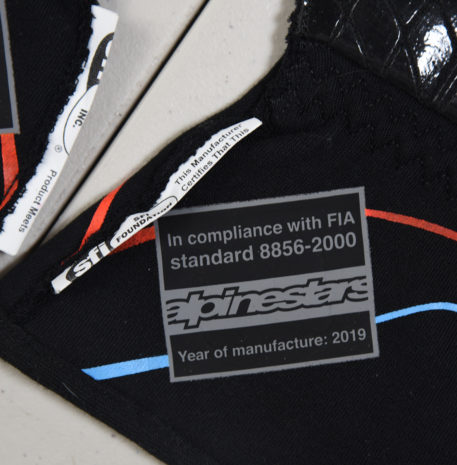 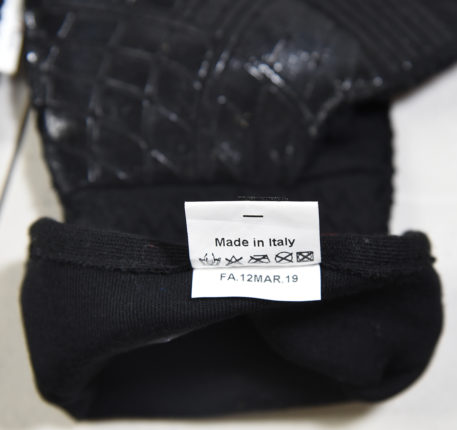 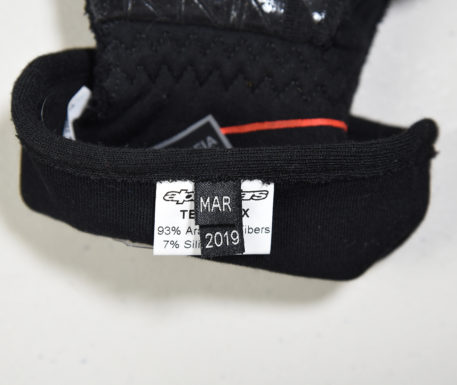 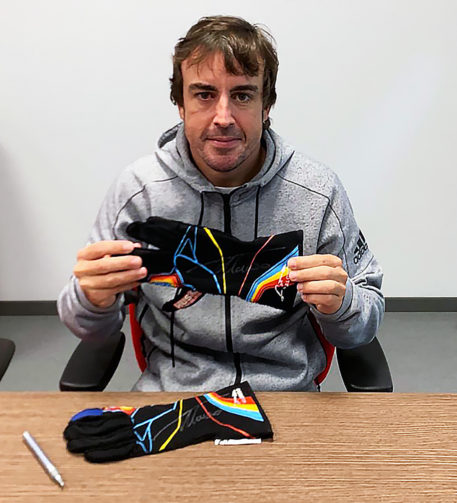 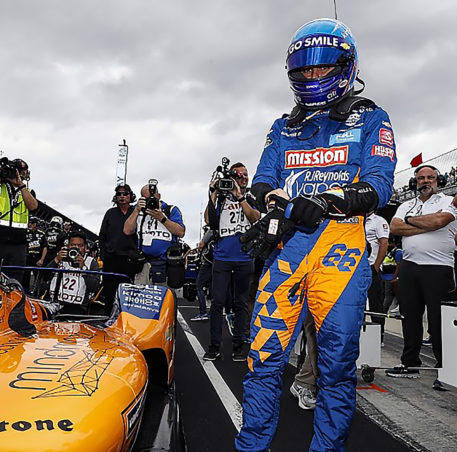 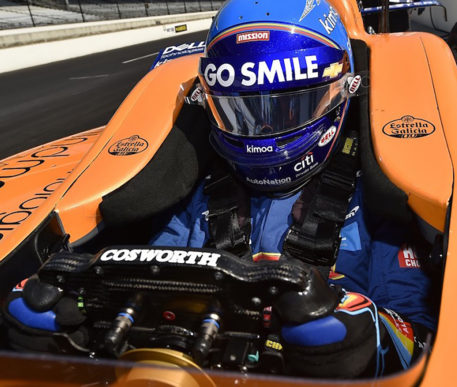 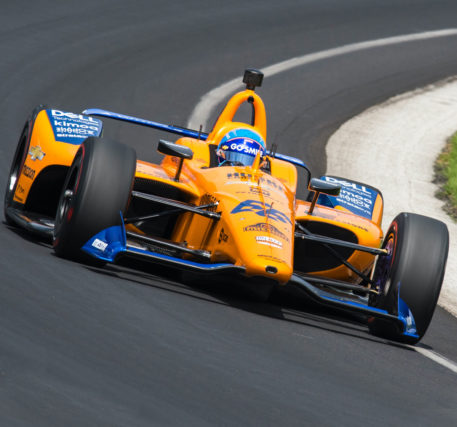 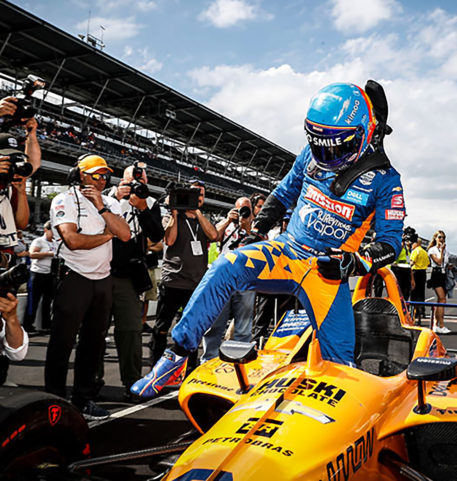 Pair of gloves used by former double Formula 1 World Champion Fernando Alonso in his latest attempt to capture motor racing’s triple crown (Monaco Grand Prix, 24 Hours of Le Mans and the Indy 500). 2019 saw Alonso’s second attempt at winning the prestigious race after being denied the year before by engine failure while vying for the lead. Unfortunately, the newly formed and inexperienced McLaren IndyCar team were beset with several mechanical problems and crash damage making their chance of qualifying for the race minimal. Even an experienced F1 World Champion such as Alonso driving for a legendary motorsport powerhouse could not get their entry up to speed, as Alonso failed to make the starting line-up by just 0.019mph. This illustrates how winning the Indianapolis 500 is one of the toughest tasks in the whole of motorsport.

The black gloves bear the blue, yellow, and orange pin-striping lines in the colors of Alonso’s home national and Asturias region printed to their tops. They also have the Asturias colors in the thick angled stripes on both cuffs which are overlaid with Alonso’s personal ‘arrow’ logo. The index fingers have printed knuckle sections that again have blue, yellow, and orange Asturias colors, with the tops of the index fingers having solid blue tips. Both thumbs have sponsor ‘Huski Chocolate’ branding logos printed on them. The palm sides have shiny black gripper fabric embossed to the inner palms and fingers. The cuffs have blue and red continuation lines and Alpinestars FIA standard labels printed on them

Fernando Alonso has personally signed and dated both gloves in silver marker pen.

These very rare gloves are the only Fernando Alonso 2019 IndyCar gloves to be offered for sale, so don’t miss this one-time opportunity to acquire them for your collection.