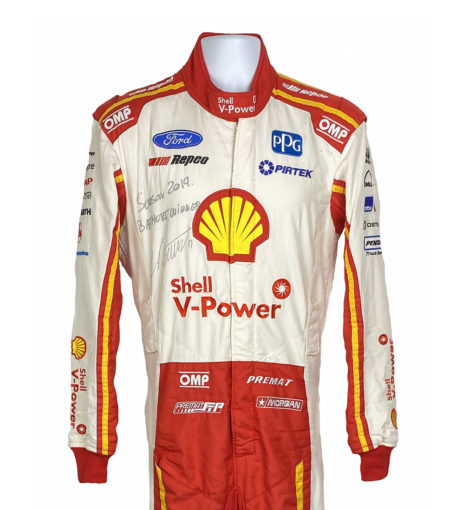 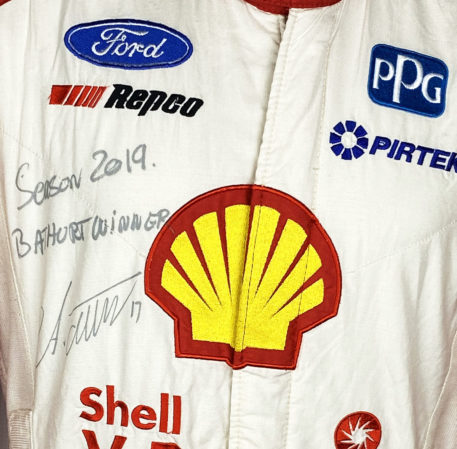 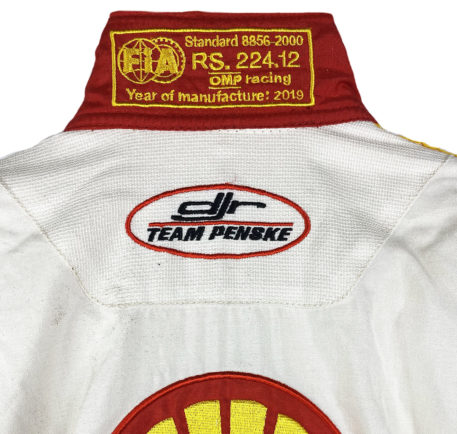 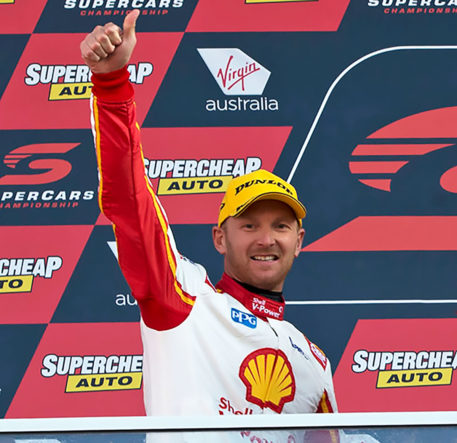 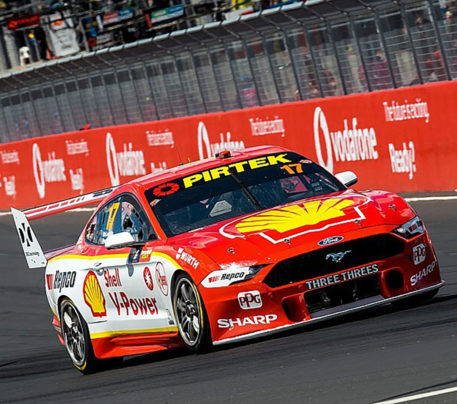 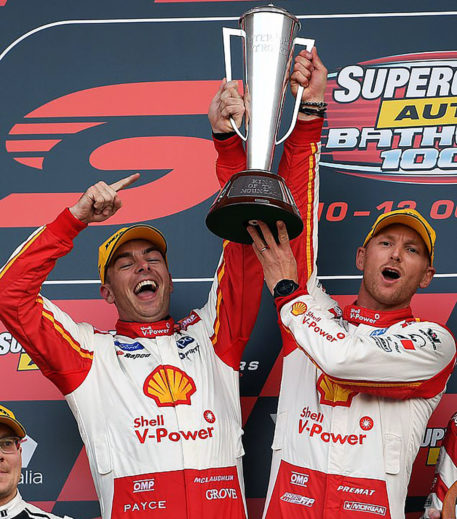 This great-looking suit is the actual race-worn Bathurst 1000 winning suit of French driver Alexandre Prémat. The former Formula 3 and A1 GP Champion, and Le Mans winner began his V8 Supercars career in 2012 and drove for various teams in the Australian series until 2017 where he then joined the Dick Johnson / Team Penske Racing outfit. In 2019 the team acquired the new Ford Mustang Mk.6 cars and teamed Prémat up with co-driver and reigning V8 Supercars Champion Scott McLaughlin to drive their #17 entry in the series premiere event.

This was the third season in a row that the pair were co-drivers in this famous 1000 km enduro event, which is run over 161 laps. After the pair captured pole position, the race was unforgiving with five cars crashing out, not to mention the other mishaps and lead changes that occurred. McLaughlin and Prémat were among the fastest cars all day, with the majority of their time being spent at or near the front of the pack. After an incredible battle over the last few laps with the #97 van Gisbergen/ Tander, Triple Eight Racing entry, the #17 DJR/Penske car would manage to hold on to the lead and take the chequered flag. This fabulous suit is also quite historic as Alexandre Prémat is the first driver from outside Australia to win the coveted race since 1985

The OMP suit is in the white, red, and yellow of the team’s major sponsor Shell V-Power. The with the upper torso has the companies Shell logo and lettering embroidered to both is front , back, arms, and in the wide stripe that runs down the outside of the red legs. There are many other sponsors/suppliers branding to both arms and the front of the suit that include Sharp, Wurth, Pirtek, and Morgan to name just a few. Premat’s name is embroidered to the left hip area and the driver has also signed race documented and dated the suit to its right chest.

Please check our other listings for the matching Bathurst 1000 race winning helmet.