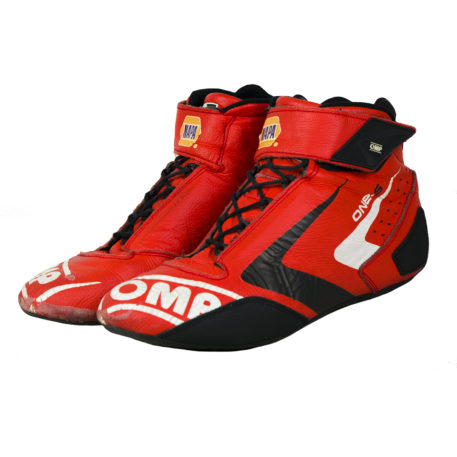 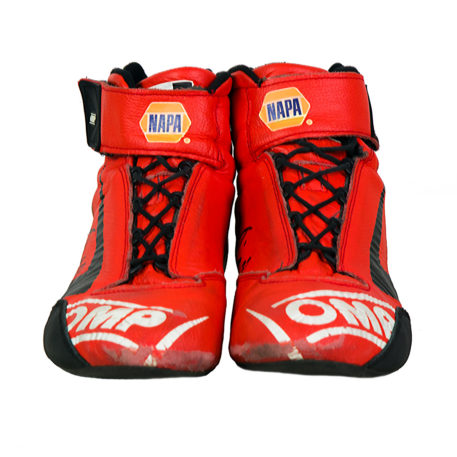 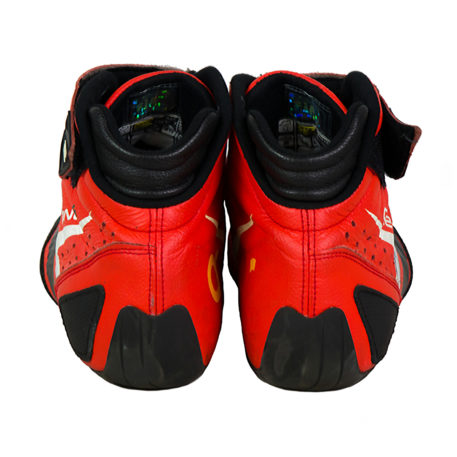 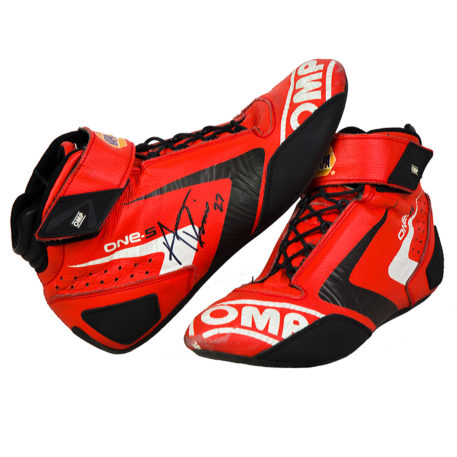 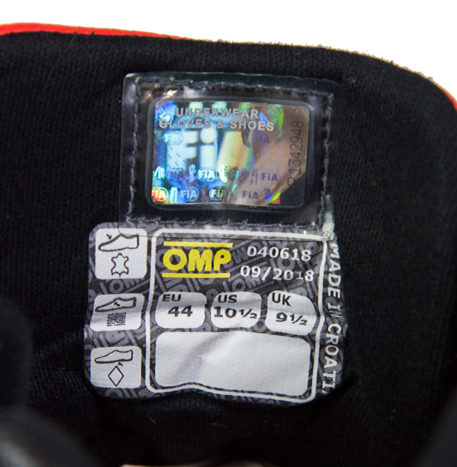 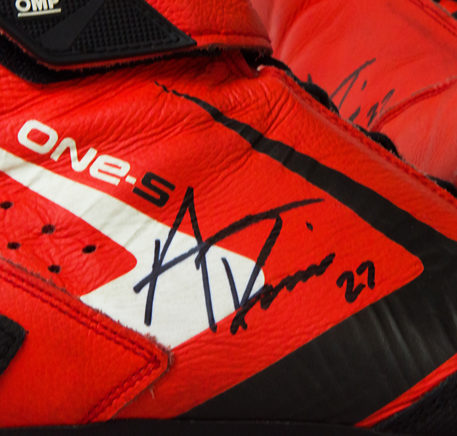 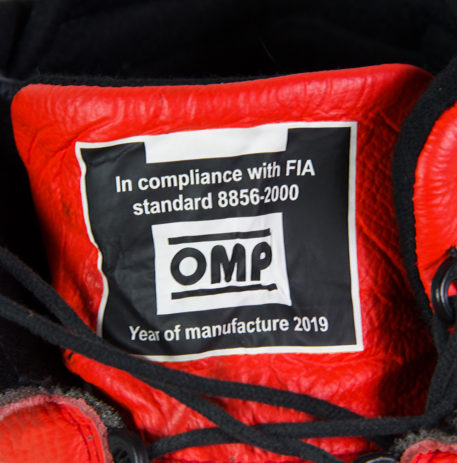 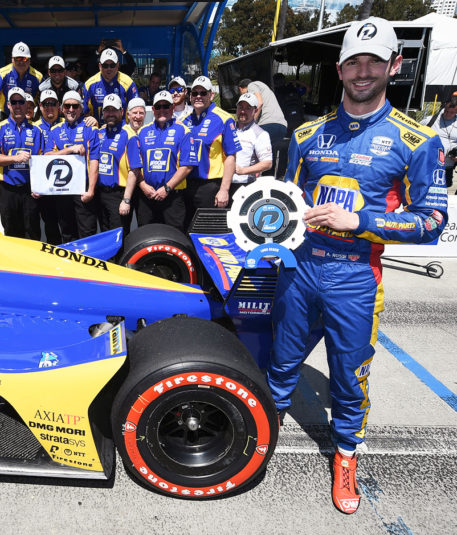 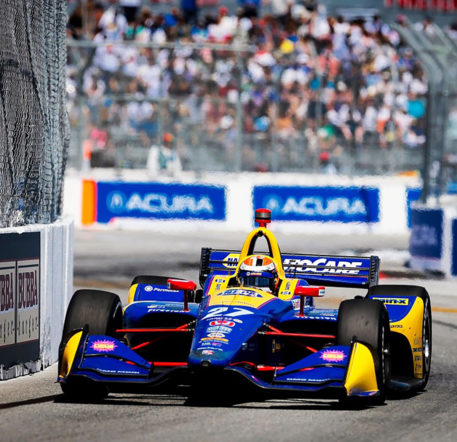 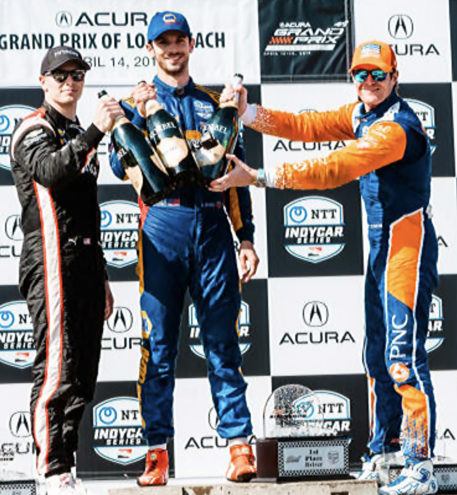 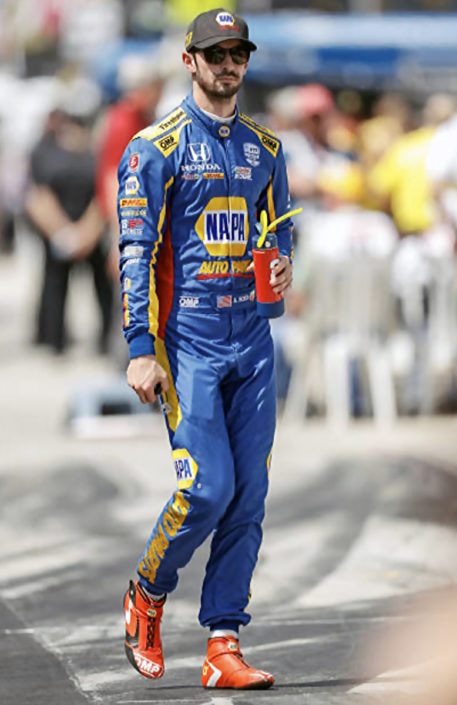 A pair of OMP ONE-S boots worn by top American IndyCar star Alexander Rossi for his first win of the 2019 season at the Grand Prix of Long Beach. Rossi wore the boots for the whole race weekend, one that would see him take pole position and then dominate the competition. The Andretti Autosport driver led all but five of the 85 lap race for his second consecutive Long Beach win. He can be seen wearing the boots for the pole award ceremony and on the podium after the win. He also used the same boots in practice sessions for the 2019 Indy 500 and can be seen wearing the boots in the pit area (see pictures).

The all-red boots have black and white flashes on both sides and the OMP branding logo printed across the toes. The fastening straps have Rossi’s main sponsor NAPA Autoparts logo printed on them. Alexander Rossi has personally signed both boots and has also added his #27 race number.

The boots were acquired directly from Rossi and come with a full Certificate Of Authenticity.