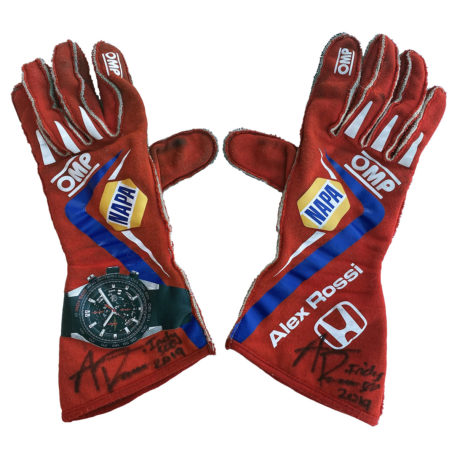 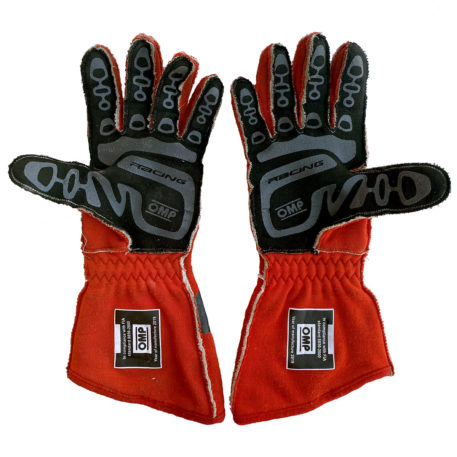 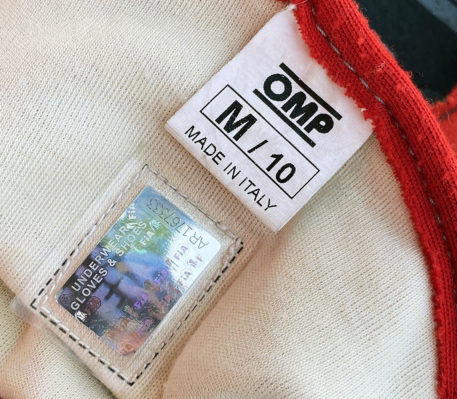 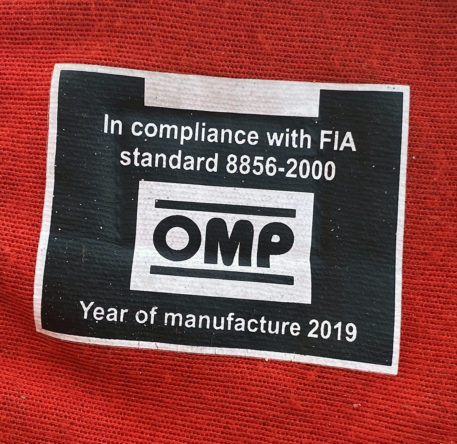 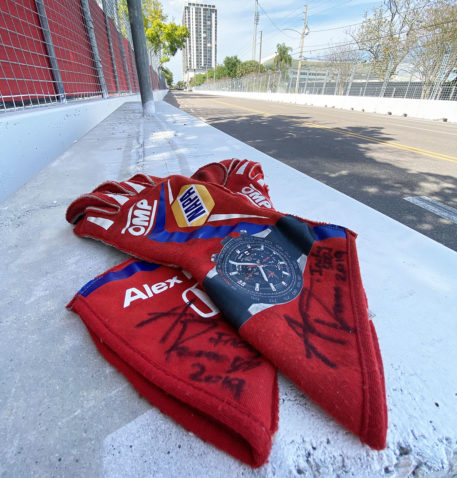 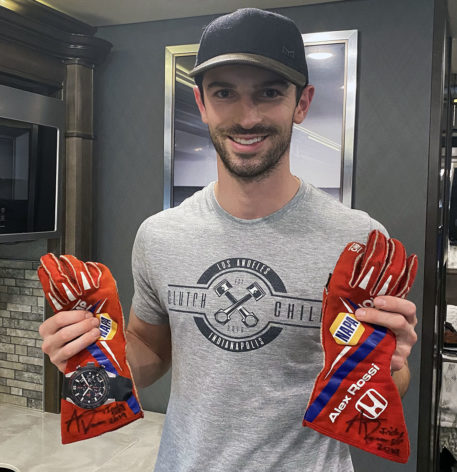 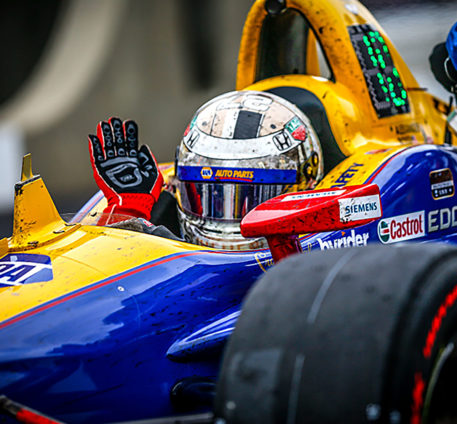 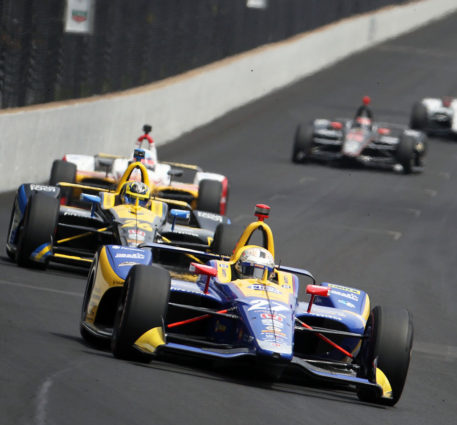 This pair of OMP gloves was used by Alexander Rossi during the 2019 Indianapolis 500. The American racer, who won the prestigious race in his first attempt in 2016, has become one of the IndyCar Series top-rated drivers. At the 2019 Indy 500, driving a NAPA Autoparts sponsored Andretti Racing Dallara, Rossi was in contention for the win before encountering fueling problems in the pits. He managed to work his way back up to the front of the field and passed race leader Simon Pagenaud with just three laps remaining, but superior engine power saw Pagenaud retake the lead a lap later and hang on for the win, with Rossi taking second place.

The red gloves have white and blue printed flashes on their tops. They both also have team sponsor NAPA’s logo on the knuckles as well. On the left glove’s cuff there is an image of a Tag Heuer Indy 500 watch and on the right glove’s cuff Rossi’s name and engine supplier Honda’s logos are present . The palm side has black palms and fingers with grey gripper fabric affixed and the cuffs have printed FIA compliance labels on them. Alexander Rossi has personally signed, race documented and dated the gloves. 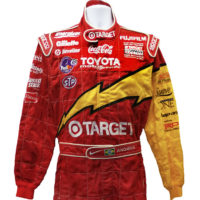