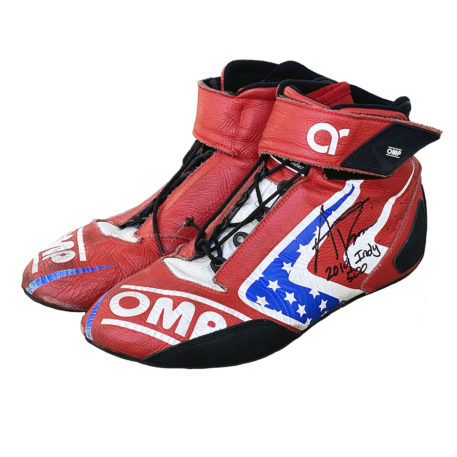 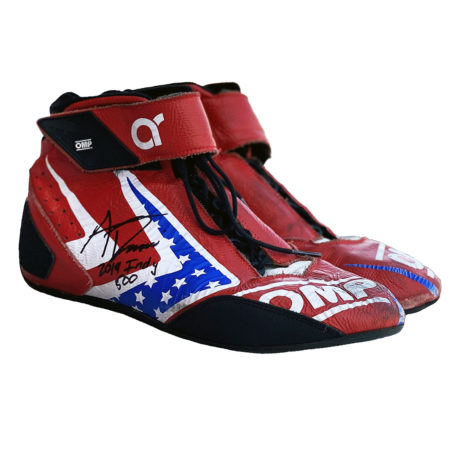 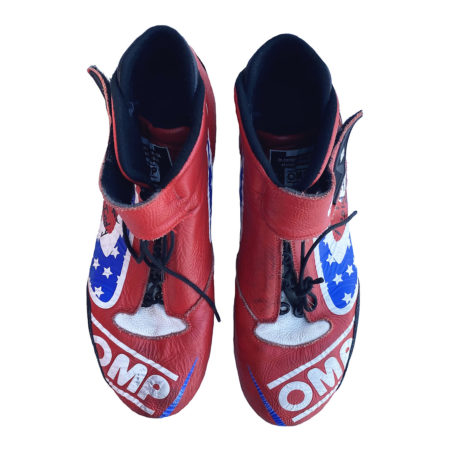 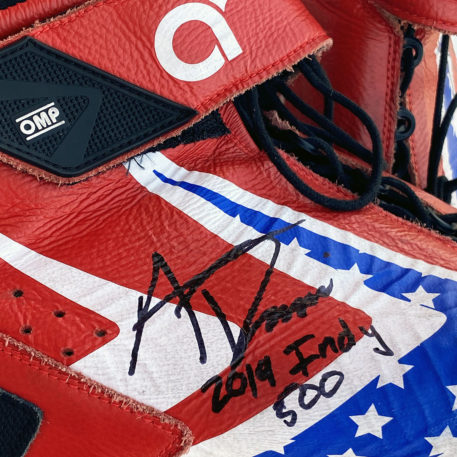 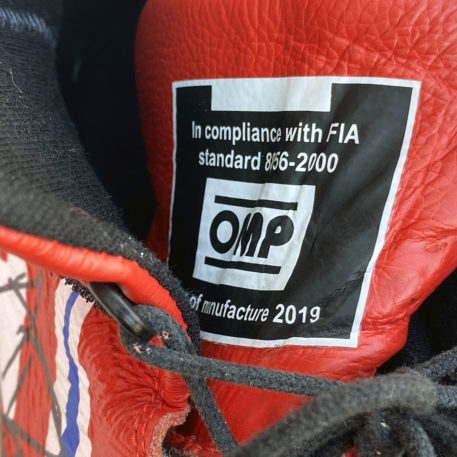 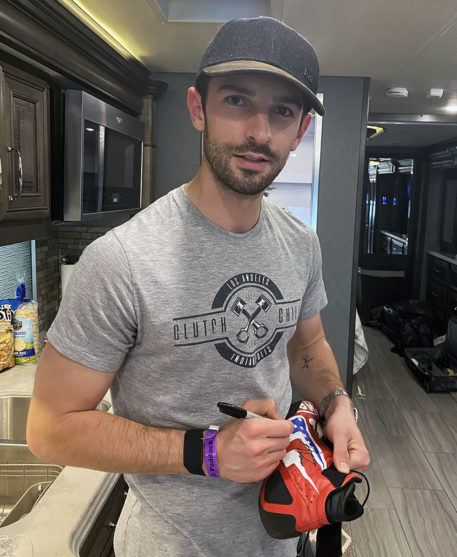 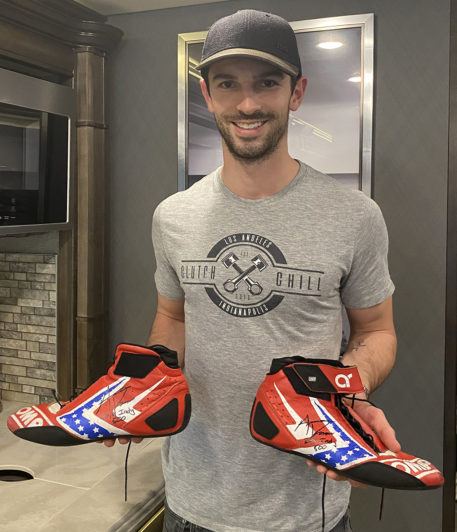 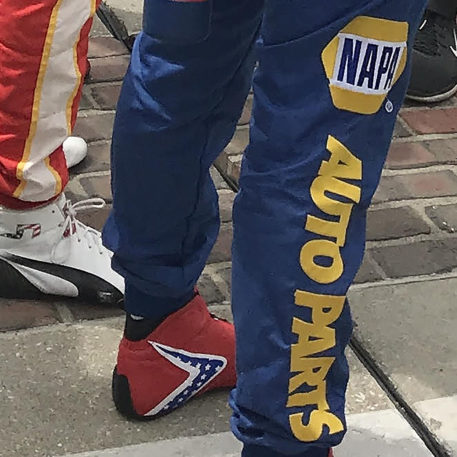 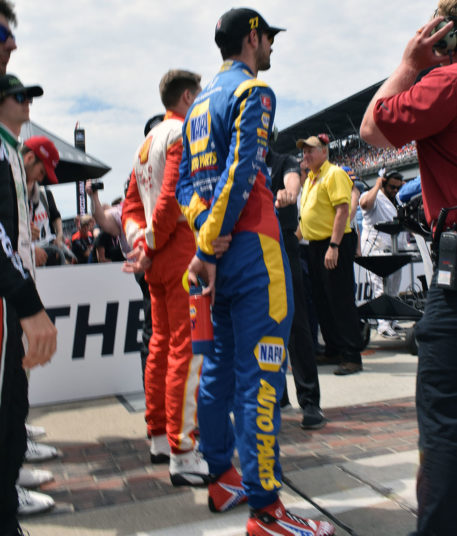 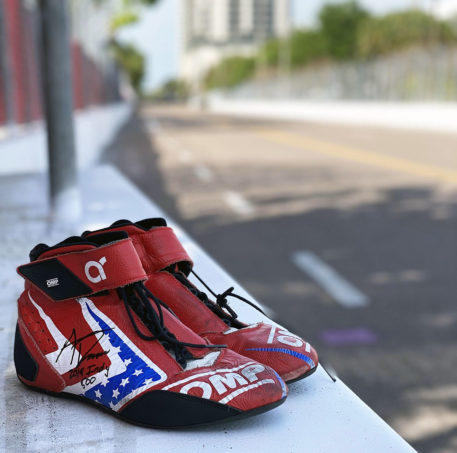 Pair of OMP One S race boots worn by Alexander Rossi while competing in the 2019 Indianapolis 500. The American driver, who won the prestigious race in his first attempt in 2016, has become one of the IndyCar Series top-flight drivers. His aggressive style of racing has endeared him to many fans, making him a popular driver on the grid. Driving a NAPA Autoparts-sponsored Andretti Racing Dallara in the 2019 race, Rossi was in the lead pack. However, on lap 137, he encountered fueling problems in the pits pushing him back down the running order. He managed to work his way back up to the front of the field and then passed leader Simon Pagenaud with just three laps remaining. But superior engine power saw Pagenaud retake the lead one lap later and hang on for the win, with Rossi taking second place.

These ‘Evil Knievel’ style, full leather red boots have two white flashes on their outer sides. The larger of the two flashes has the inner blue flash with white stars. Black protection panels are sewn onto the heels and outer fronts of the boots and OMP’s branding logo is printed onto the toes. The tongues of the boots have the FIA compliance labels printed on them. Alexander Rossi has personally signed, race documented and dated the boots.

Rossi can be seen wearing these boots at the driver introductions before the race (see pictures) and many other times during the season, including his pole at Detroit. Rossi only had one set in this style, so don’t miss out on owning these one-of-a-kind boots today.