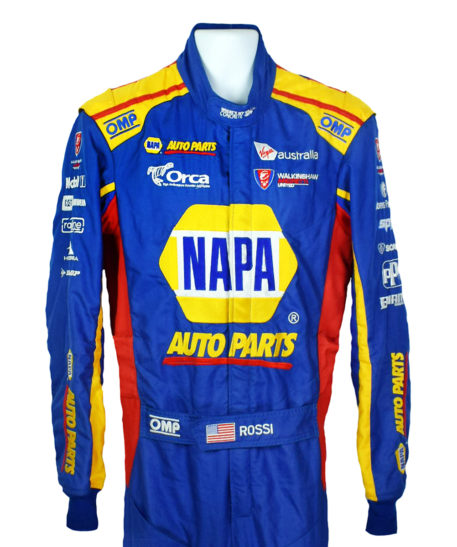 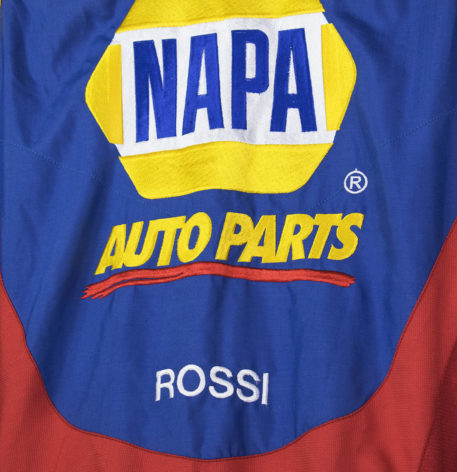 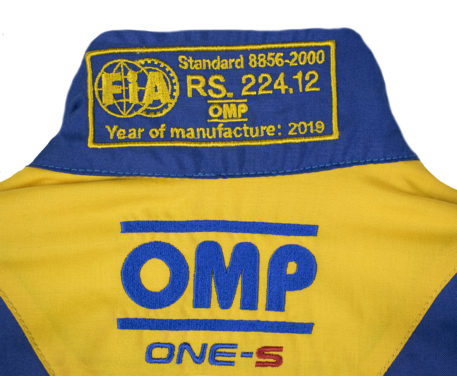 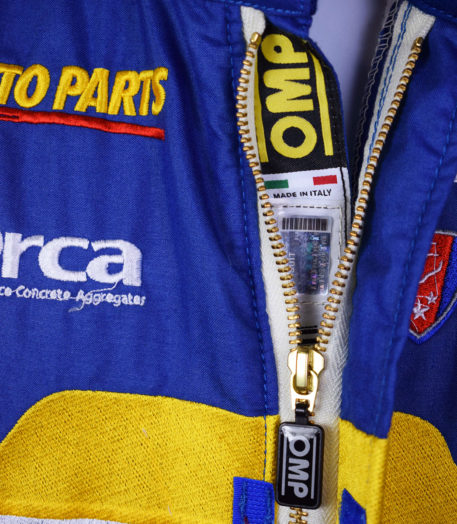 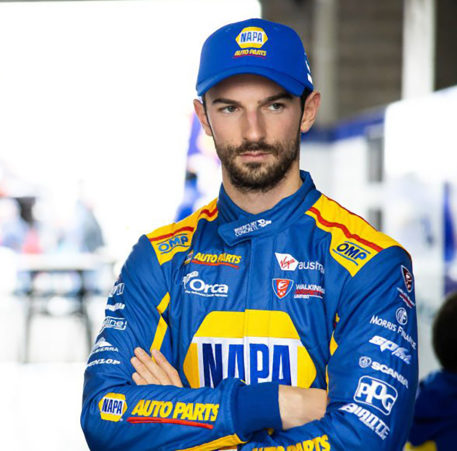 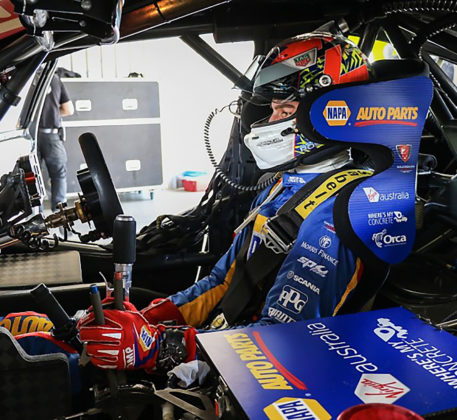 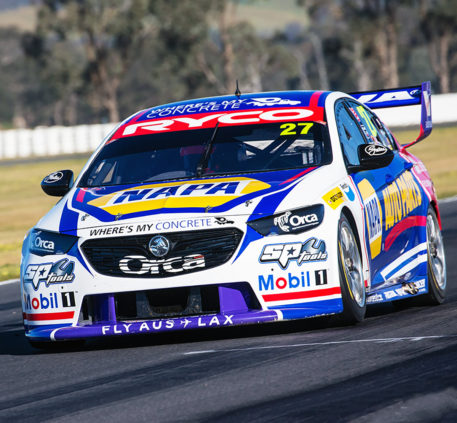 Race suit used by American driver Alexander Rossi in his debut drive in the Australian Supercars Bathurst 1000 race. This race is Australia’s premier motor sport event held annually at the Mount Panorama Circuit in Bathurst. This touring car event is run over a 1,000 kilometre (620 miles) distance (161 laps), and predominantly features V8 machines from manufactures Holden and Ford. Rossi was paired up with fellow IndyCar Series driver James Hinchcliffe, competing as a wildcard entry for Walkinshaw Andretti United, a partnership between Andretti Autosport and United Autosports. The pair, driving the #27 NAPA Holden, started the race on the back row of the grid in 25th position and finished 19th, before being promoted to 18th after a penalty demoted a DJR Team Penske car.

This OMP One-S racing suit is in the prominent bright blue, yellow, and red colors of Rossi’s main sponsor NAPA Auto Parts Company, and their logo is embroidered to the front, back, arms, and legs of the suit. It has the team’s Walkinshaw Andretti United logo and lettering on the left chest and top of the arms. Rossi’s name is on the waist belt and lower back and there are many other sponsors’/suppliers’ logos embroidered on the chest and arms, including Virgin Australia, Orca, Biante, and SP Tools just to name just a few.

This sharp suit comes directly from Alexander Rossi and is accompanied with a full Certificate Of Authenticity.