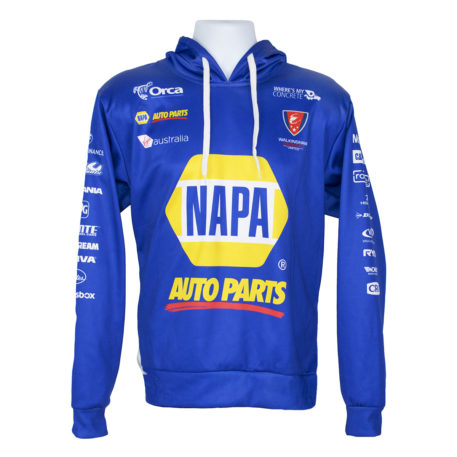 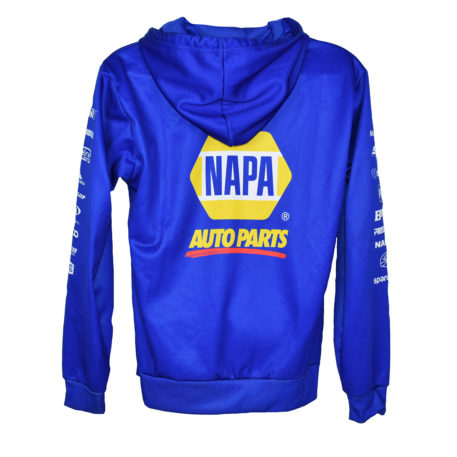 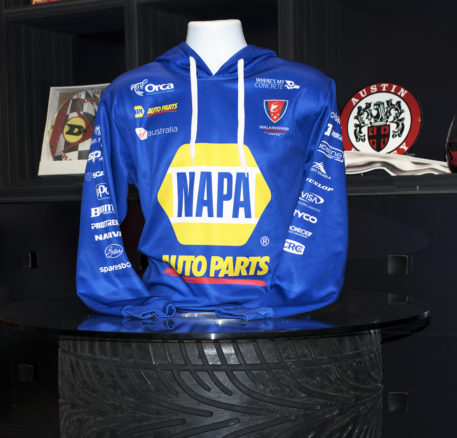 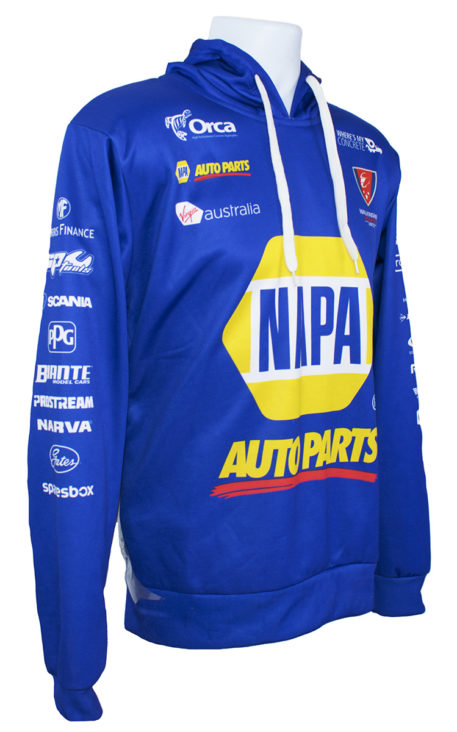 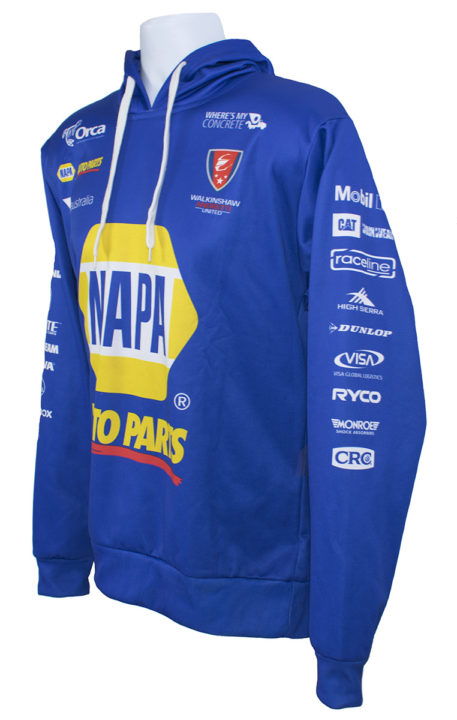 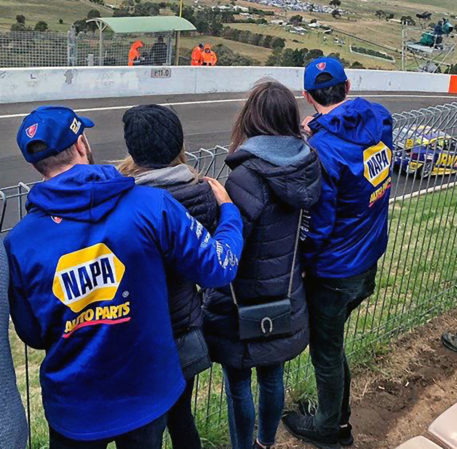 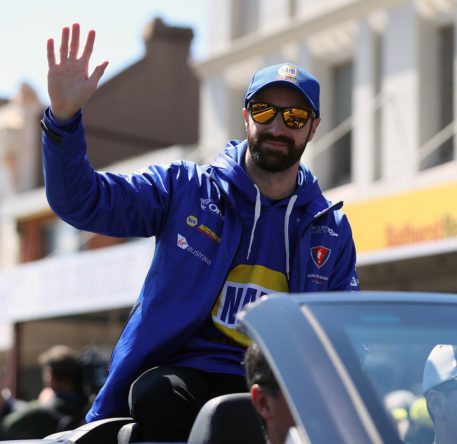 These hooded sweatshirts were produced exclusively for the Walkinshaw Andretti United Supercars Racing Team. They were team issue only and never released to the general public. Only drivers and specific crew members were issued these ‘Hoodies’ to wear for testing sessions and the full race weekend schedule of Australia’s premier motor race in 2019, the Bathurst 1000. The team drivers were IndyCar stars Alexander Rossi and James Hinchcliffe, and both can be seen wearing the sweatshirts while watching testing sessions and in attendance at the driver’s parade. These particular sweatshirts personally belonged to and were worn by Alexander Rossi.

The heavy drill cotton hooded sweatshirts are in the Walkinshaw Andretti team’s main sponsor’s, NAPA Auto Parts, bright blue color. The company’s large trademark logo and lettering are printed prominently on both the front and back. It has the team’s Walkinshaw Andretti United branding logo and lettering on the left chest, Many other sponsors/suppliers branding logos can be seen on both the chest and on both arms, including WheresMyConcrete, Virgin Australia, Orca, Biante, and SP Tool just to name a few. They are have a drawstring to adjust the hood opening and elasticated knitted fabric to the cuffs and hem.

Only two sweatshirts were issued to Rossi and both are identical and in near brand new condition. They are both size large but could easily be worn baggy for someone who usually wears size medium.

The sweatshirts come with a full Certificate of Authenticity.