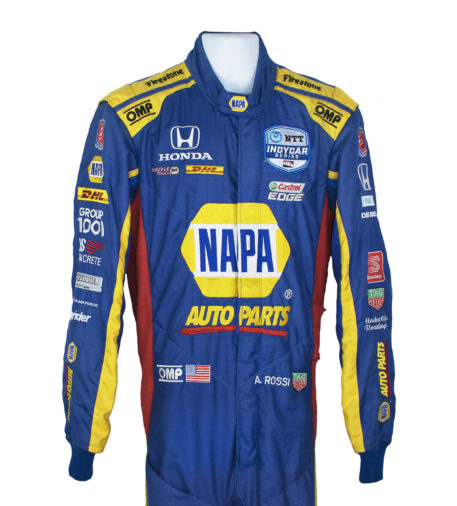 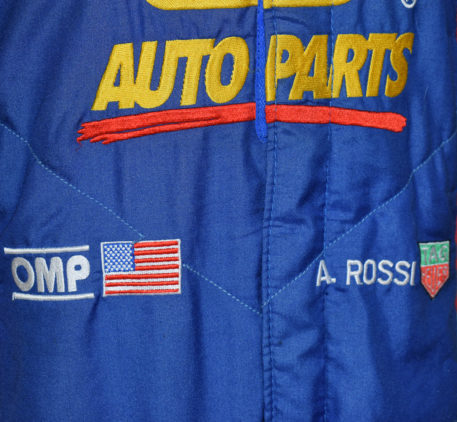 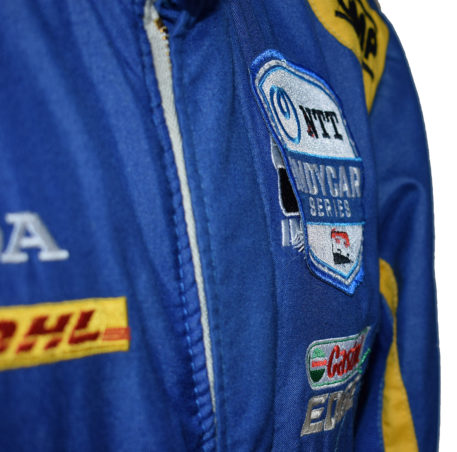 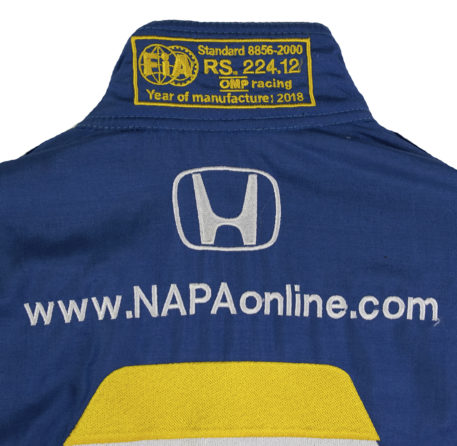 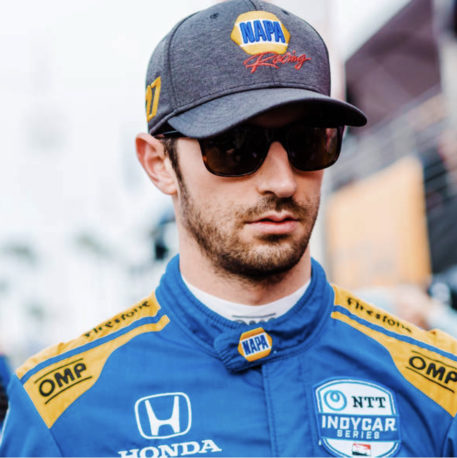 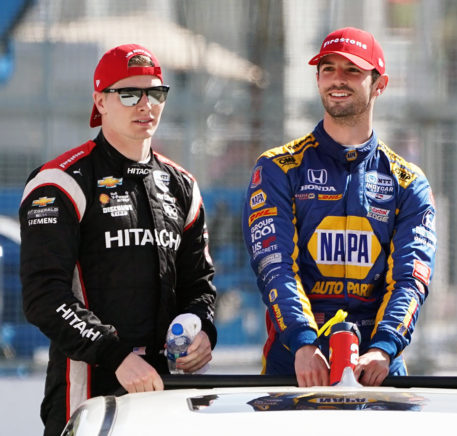 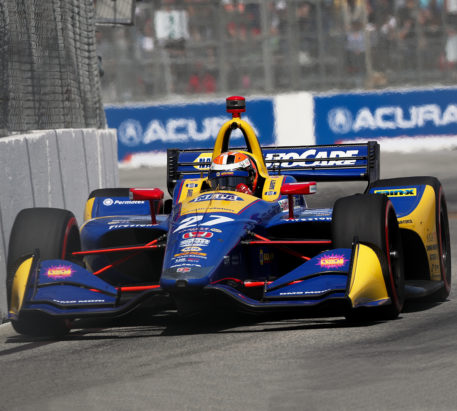 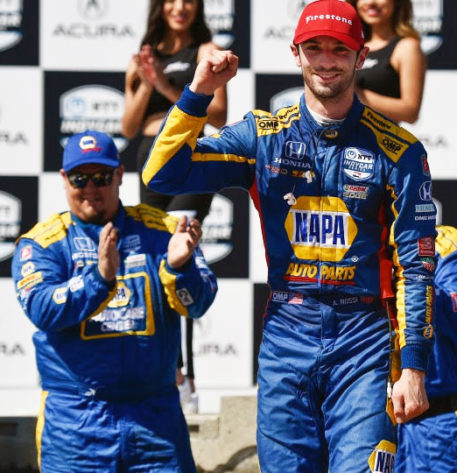 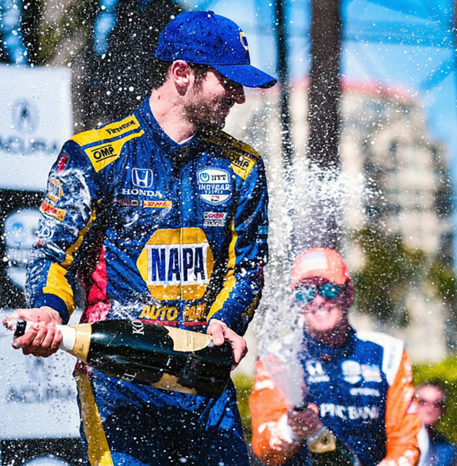 This fantastic race suit is the actual one worn by American driver Alexander Rossi during his race day victory at the 2019 Acura Grand Prix of Long Beach. Despite Rossi and his Andretti Autosport’s team/crew having been issued fully embroidered 2019 suits, Rossi chose to wear this re-badged late 2018 season suit for this race. The suit can clearly be seen being worn by Rossi in many pre-race and victory podium shots. The suit can be seen with the newly applied NTT IndyCar Series patch sewn onto the upper left chest to cover the former series sponsor’s embroidered logo; Verizon. His crew can be seen in the background on the podium, wearing their 2019 embroidered suits.

As well as the NTT IndyCar Series patch, the suit is in the prominent bright blue, yellow, and red colors of Rossi’s main sponsor NAPA Auto Parts Company, and their logo is printed on the front, back, arms and legs of the suit. It also has many other sponsors/supplier logos applied to the arms and chest, including DHL, US Concrete, and TAG Heuer just to name a few.

Due to the current non-racing situation this suit has not been signed yet. A personal meet and greet in-person signing can be arranged at a race in the near future.

This winning suit comes with a full Certificate Of Authenticity.

This is a great opportunity to acquire a race-winning suit worn by an Indy 500 winner and current top star of the IndyCar Series.