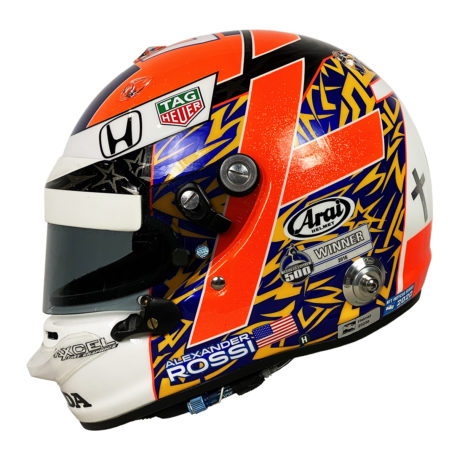 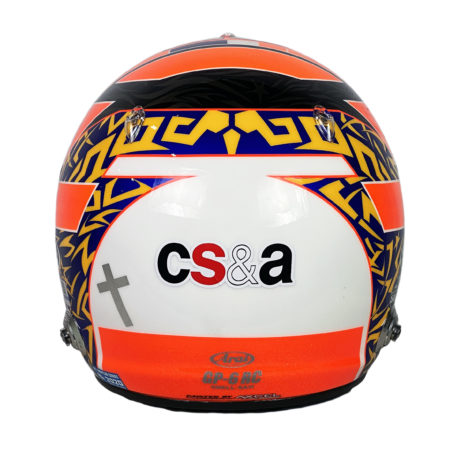 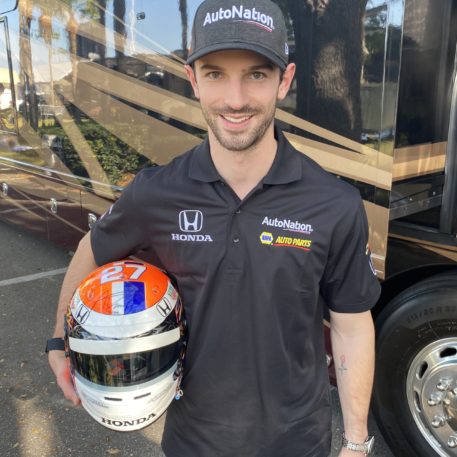 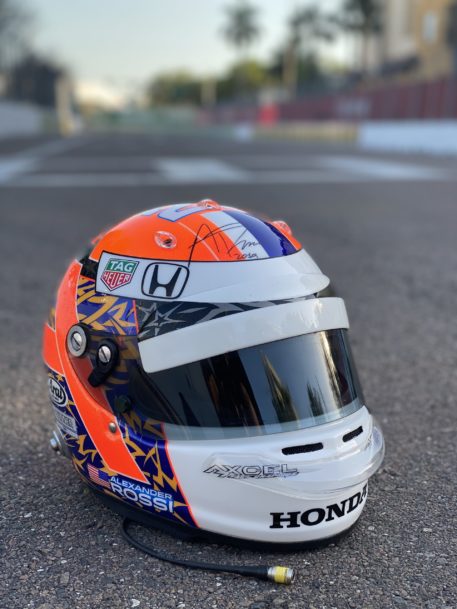 Today we are not only pleased to offer this fantastic race-winning helmet from 2019 but also proud to give you the first chance to own a 2020 IndyCar used helmet.

This original Arai GP 6RC helmet was race-used by Andretti Autosports driver Alexander Rossi during the 2019 season at multiple events including Road America, where Rossi started on the front row and scored a famous victory. During the season Rossi scored five podiums including two race victories, one at the Long Beach GP and, again, at Road America. Rossi entered the final round, for the second season in a row, as a Championship contender and would finish in third place in the 2019 final points standings.

The helmet can be seen being used many times over during the 2019 season, as well as during the 2020 winter testing sessions at Circuit of the Americas in Texas. It was updated for these sessions with current team sponsorship logos and IndyCar tech stickers. The helmet was with Rossi, ready for use, at the IndyCar 2020 season opener in St Petersburg. However, unfortunately, due to the outbreak of the Covid-19 virus, the event was canceled. The helmet comes with a used visor attached and in the condition, it was last used, with its original hats-off device, HANS device clips, vent covers, and aero fittings, in addition to the aforementioned 2020 IndyCar tech stickers in preparation for the upcoming season.

With seven race victories in Rossi’s career so far, today you have a very rare opportunity to own a really special piece of IndyCar history.  Rossi has achieved so much in his short career in IndyCar and is undoubtedly a future IndyCar Champion. This is a great opportunity to acquire this fantastic used helmet worn by the 2016 Indianapolis 500 Champion.

The helmet is personally signed by Alexander Rossi. and comes complete with his Axcel Fast Graphics helmet bag along with a full Certificate Of Authenticity.