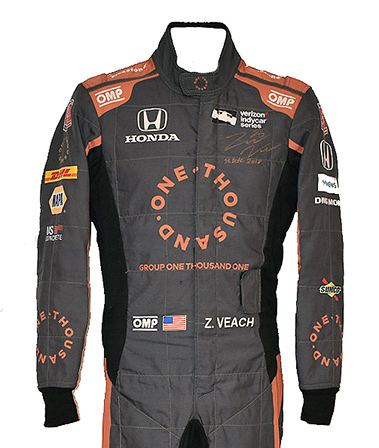 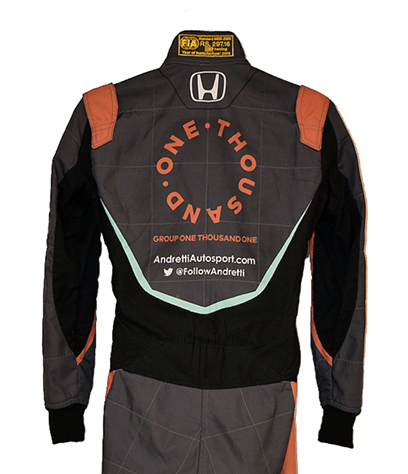 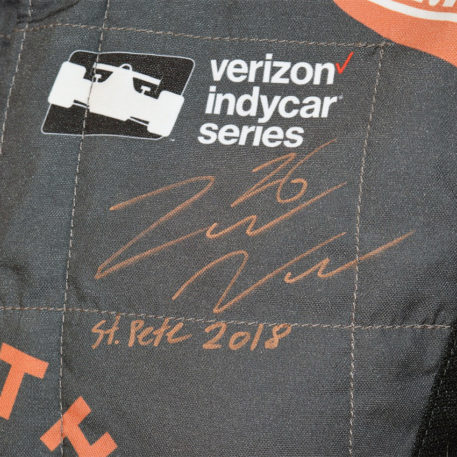 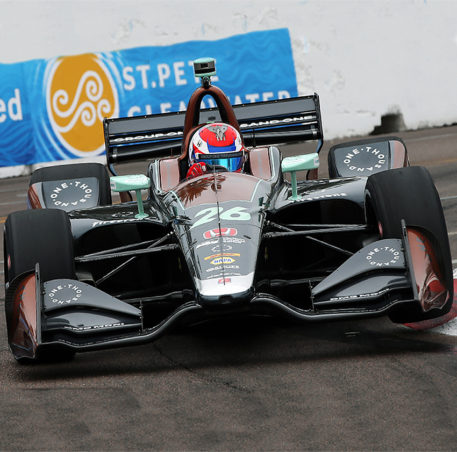 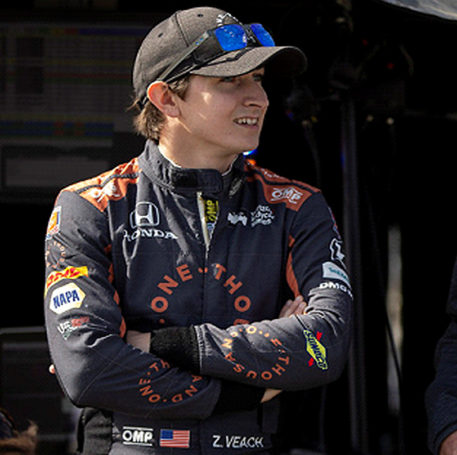 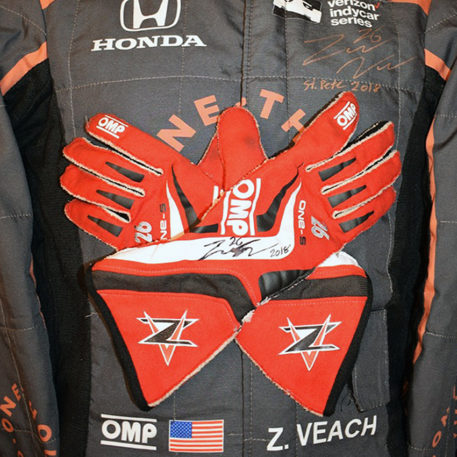 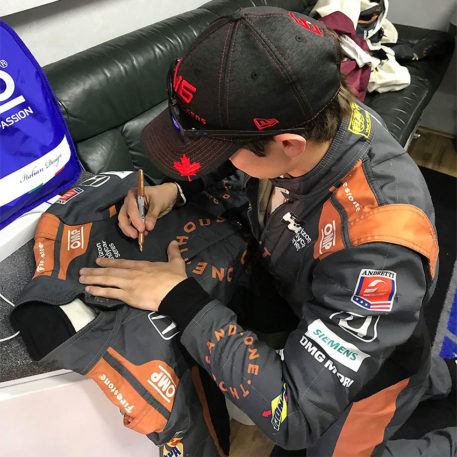 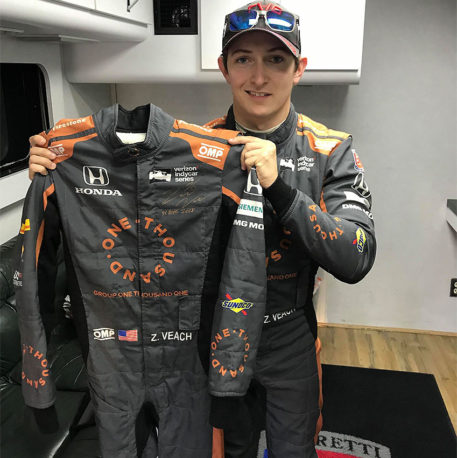 Light weight original OMP IndyCar suit worn by Ohio’s Zach Veach. This suit was used in his first outing as an Andretti Autosport driver in his debut race for the team in the 2018 Firestone Grand Prix of St. Petersburg.

Veach, who impressed in the junior ranks of Star Mazda and Indy Lights, showed even more promise in his two IndyCar starts in 2017, enough to earn him a full time ride with the Andretti team. Throughout the 2018 season he showed his potential for becomimg one of the top stars of the series.

The OMP suit is in the colors of major sponsor U.S. insurance company Group One Thousand One. The mainly dark gray suit has orange side stripes and shoulder pulls, with black panels on the body sides, back and under arms. The Group One Thousand One logos, printed in orange, are prominent on the front, back and sleeves. It has other sponsor/suppliers’ branding logos on both arms and the IndyCar Series decal on the left side and engine supplier Honda on the right side of the chest.

This suit bares Zach Veach’s personal signature, date and race number, and has been race documented by him as well. Please check our other lisitings for Zach’s original, race used matching gloves.