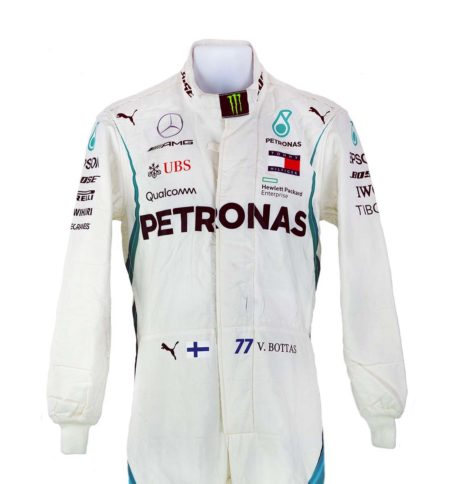 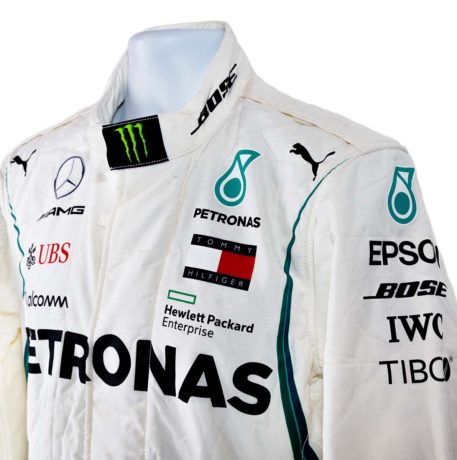 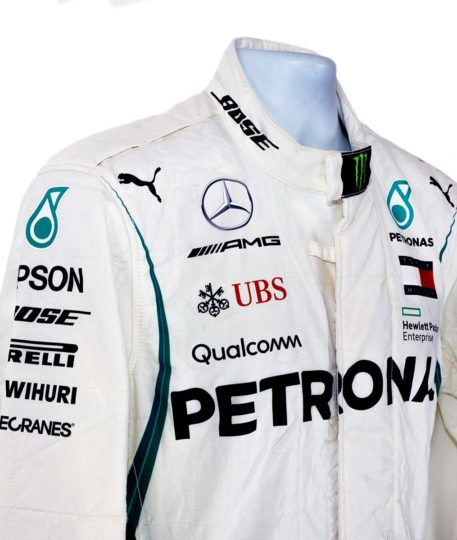 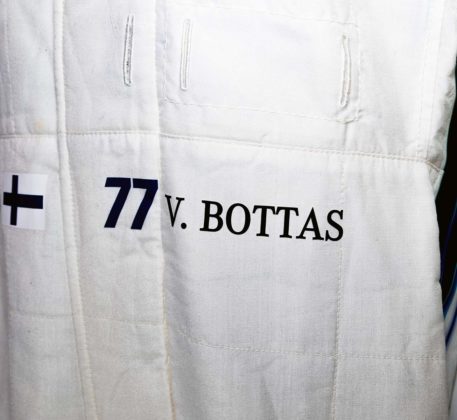 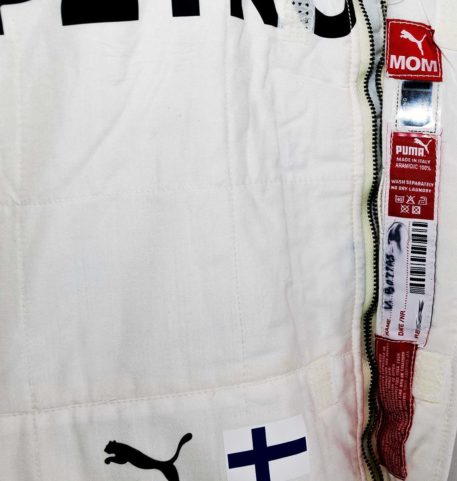 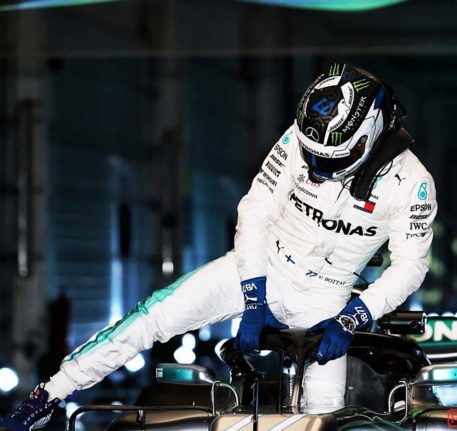 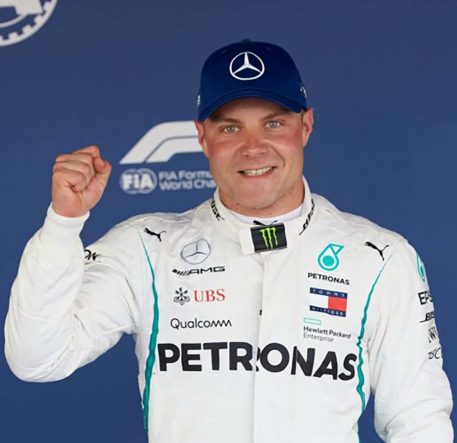 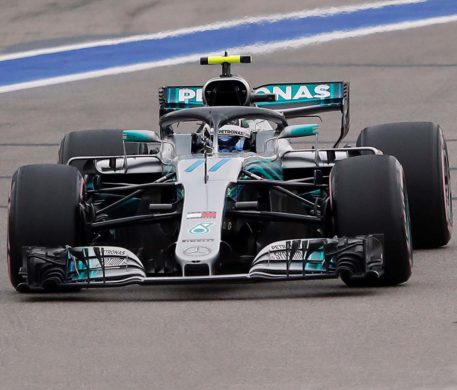 Race-used suit worn by Finnish Mercedes-AMG Petronas driver Valtteri Bottas during his second Formula 1 season with the team in 2018. During an intense battle for the Championship between his Mercedes teammate Lewis Hamilton and Ferrari’s Sebastian Vettel, Bottas was seen as being the perfect teammate for Hamilton. Defending him from behind and achieving many podium finishes himself during the season, Bottas helped guarantee Hamilton the Drivers’ title. He was also a major factor in Mercedes-AMG Petronas winning the 2018 Constructors’ Championship.

The lightweight off-white suit has two-tone turquoise side stripes running down the length of the suit. There are many sponsors/supplier branding logos printed onto the suit, including the team’s major sponsor Petronas /Mercedes AMG lettering on both the front and back. Other logos on the suit include Tommy Hilfiger, Hewlett Packard, Monster Energy, and UBS to name a few. Bottas’s name, national Finnish flag and race number 77 are printed on the waist.

This is a great opportunity to acquire a suit from one of the current stars of Formula 1. Please see our other listings for more Valtteri Bottas race-worn items.