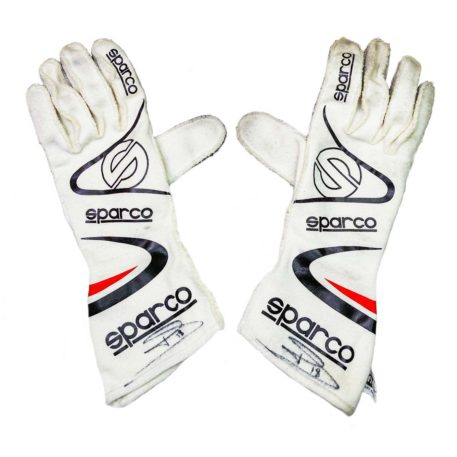 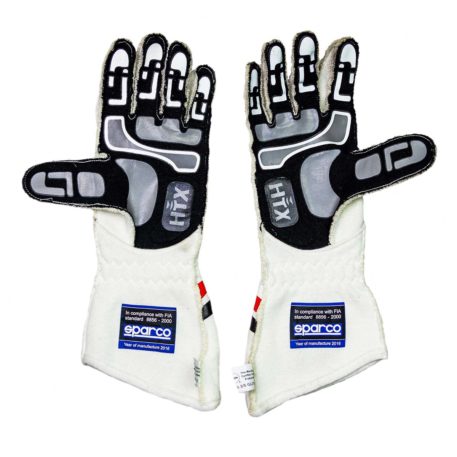 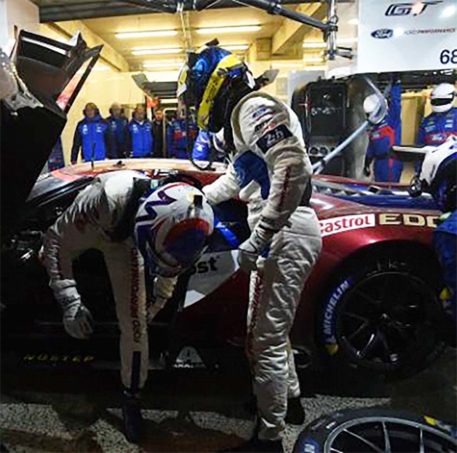 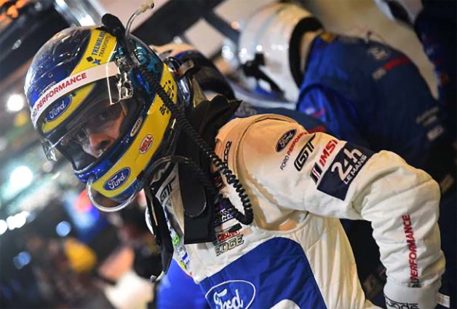 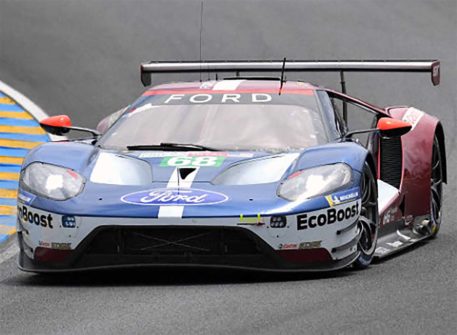 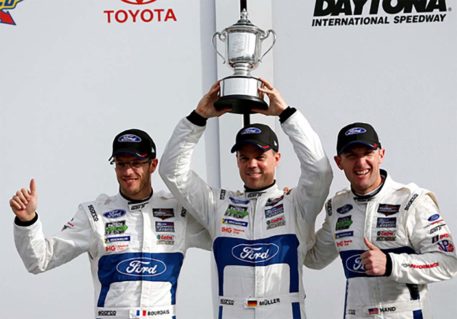 Pair of Sparco race-worn gloves used by French IndyCar star Sebastien Bourdais. The gloves were used while Bourdais drove the Chip Ganassi Ford GT at the 2018 Rolex 24 Hour race at Daytona International Speedway.  Bourdais was teamed up with fellow drivers Joey Hand and Dirk Müller and would take their entry to a hard-fought second place finish in the Grand Touring Le Mans class.

Bourdais was born into a racing family in the town of Le Mans France, his Father Patrick was a racing driver. He won Championships in Karting, the highly respected French Formula 3 Series and then the International Formula 3000 Championship (today’s F2 equivalent). A move to America halted his progress to Formula 1 but he would make it there eventually competing for Toro Rosso in 2008 and 2009.

Bourdais is tied for 6th place with Will Power on the all time wins list in American open wheel racing history, both drivers having 37 race victories. He is a 4 time Champ Car Series Champion, a class winner at the 24 Hours of Le Mans and has overall wins at the 12 Hours of Sebring and Rolex 24 at Daytona. One of the truly all time great racing drivers when it comes to diversity in Motorsports.

The white HTX gloves have black and red curved flashes and Sparco branding logos printed on their top. The palms have a black material that has gray gripper rubber attached on the finger and palm areas. Both cuffs have FIA compliance labels printed on them.

Sebastien Bourdais has personally signed both gloves along with “18” the year of use. Don’t miss this rare opportunity to own these rare set of gloves today.