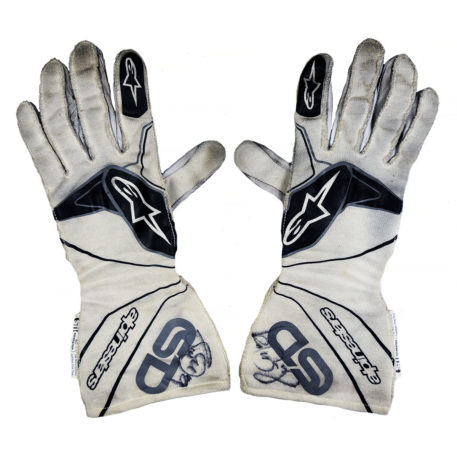 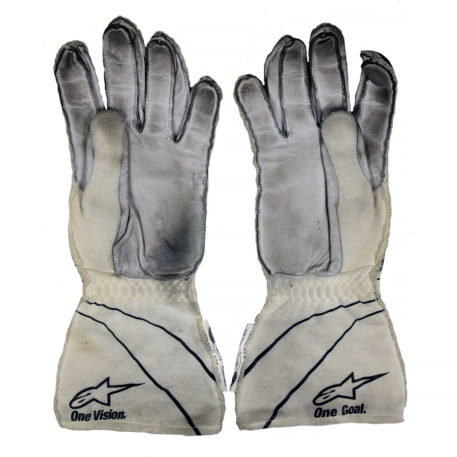 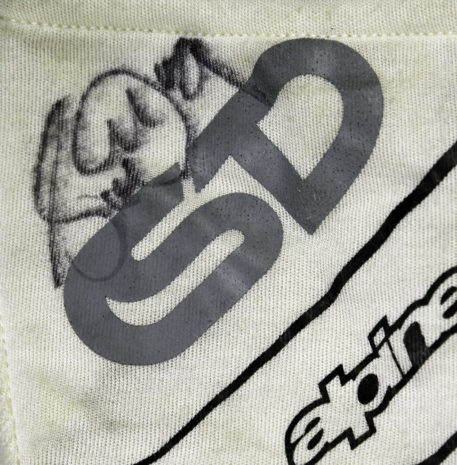 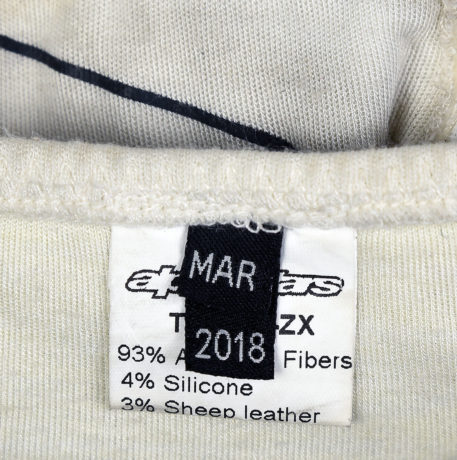 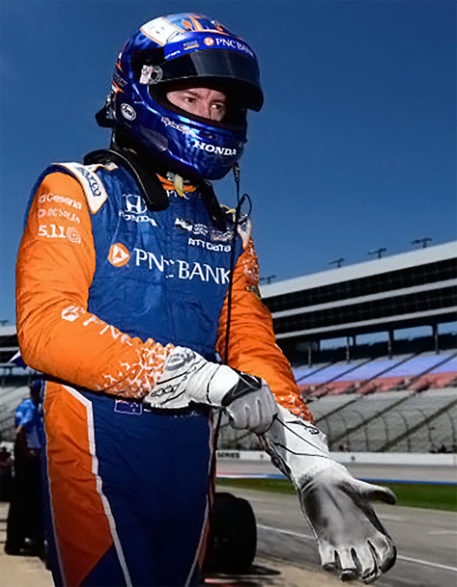 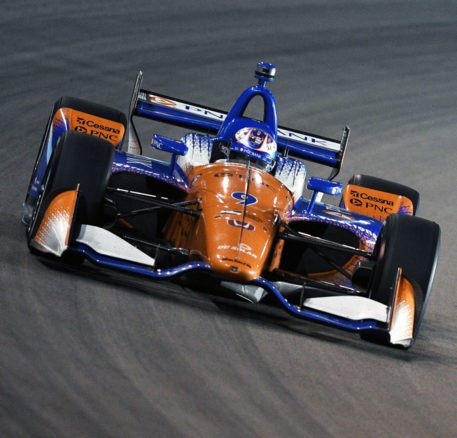 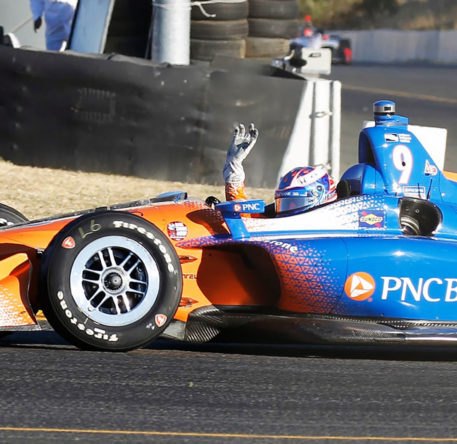 Pair of Alpinestars gloves worn by a driver who will go down as one of the greatest IndyCar drivers in the history of the series, Scott Dixon. The New Zealand driver is a six-time IndyCar Champion and a fifty-time winner to date, including a victory at the 2008 Indy 500. He is also a four-time class winner at the Daytona 24 Hour Endurance Sportscar race.

Dixon used these white gloves during his fifth Championship winning year in 2018 competing for Chip Ganassi Racing, the team Dixon has been with since joining IndyCar. They have the Alpinestars branding logos printed on the top of the gloves including black sections covering the knuckles and top of the index fingers. Printed on both cuffs are Dixon’s grey ‘SD’ personal logos. The palm side of the gloves has white leather protection sewn to the inner palms and all fingers. Scott Dixon has personally signed and added his race #9 to both gloves above his logos in black marker pen. The gloves were race-used during the early rounds from St Pete up until the Indianapolis 500.

A great opportunity to acquire some Championship year race-used items worn by a true great of motorsports.