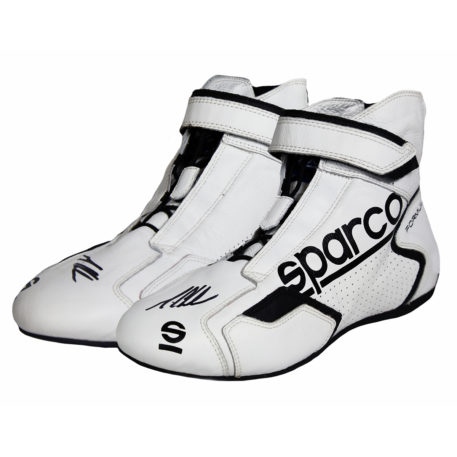 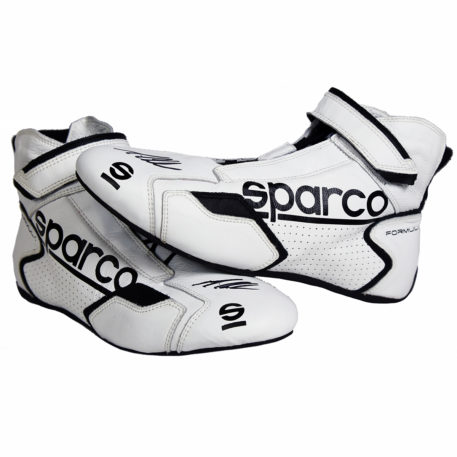 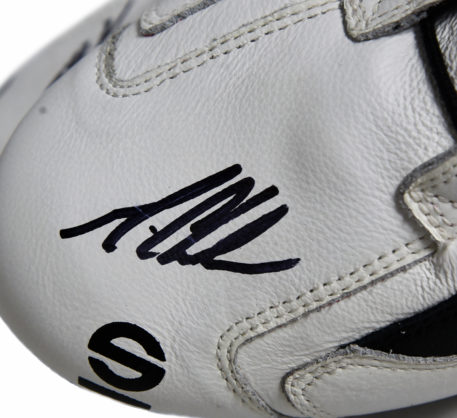 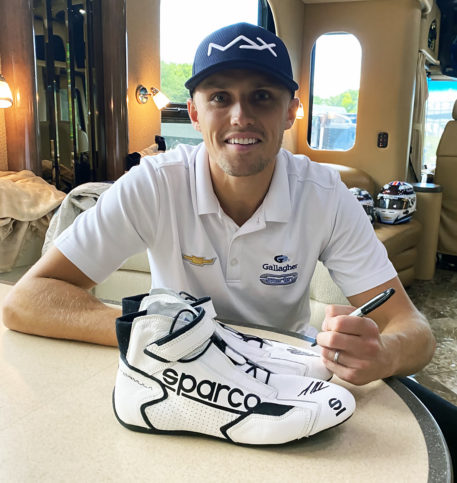 A pair of Sparco race boots worn by British IndyCar driver Max Chilton. Used during the 2018 season where Chilton was in his first season with the Carlin Racing team.

These white FORMULA RB-8 boots are trimmed with black and have the Sparco lettered branding along the outsides and logos to the front.  Max Chilton has personally signed each boot to toe area in black marker pen. They will be accompanied by a full Certificate of Authenticity.