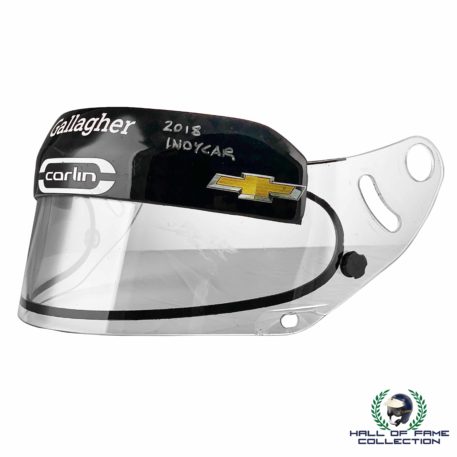 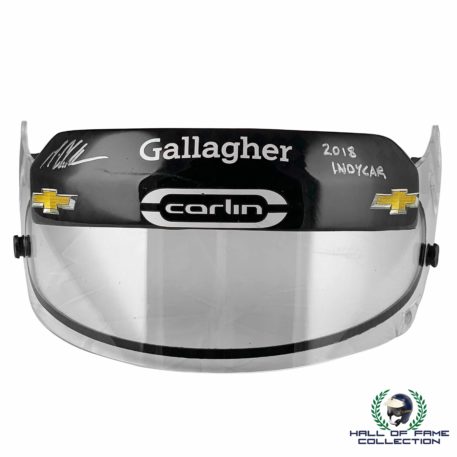 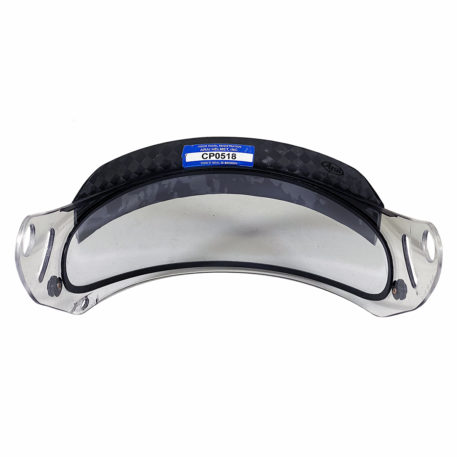 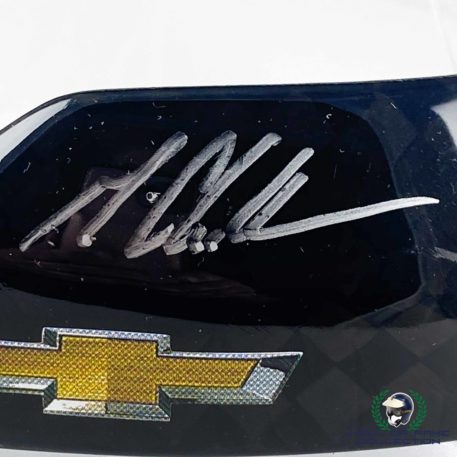 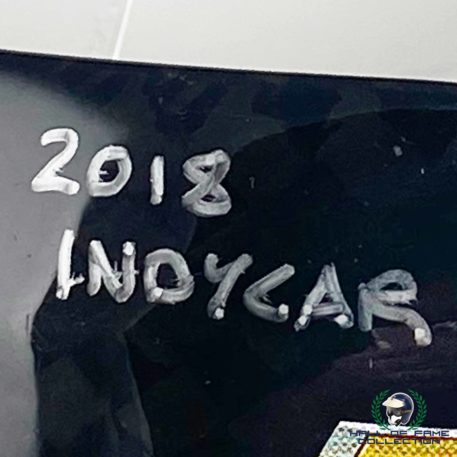 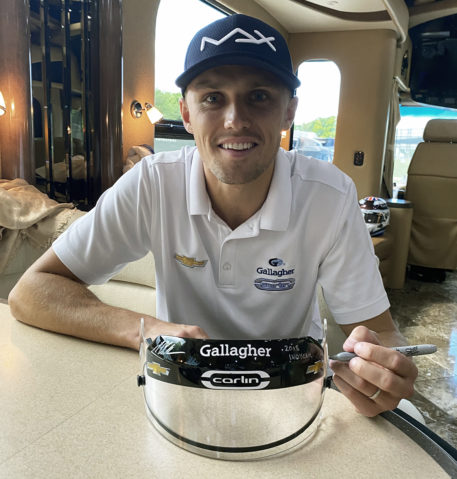 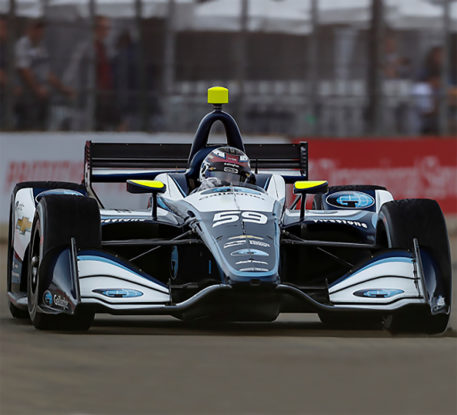 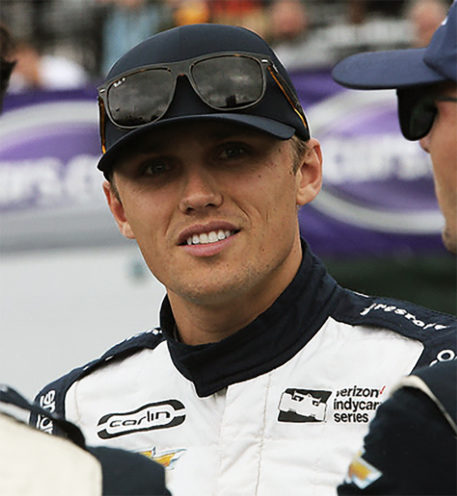 Arai helmet visor used by British IndyCar driver Max Chilton. The visor was used during the 2018 Detroit Grand Prix by Chilton and it is the only time in his IndyCar career that he has used a black carbon panel visor. The carbon-fiber visor panel has the Carlin team logo in the middle, and above this is team sponsor Gallagher’s brand lettering as well as engine supplier Chevrolet’s iconic ‘Bow Ties’ logos on either side. The back of the visor has its registration label still intact. The clear visor is a “double visor” with rubber often used in rain conditions to avoid anti fog.

Max Chilton has personally signed and year dated the visor and it comes with a full Certificate Of Authenticity.