Please Note: The HOFC website will be offline this Friday, Sept 24th, 2021 at 10:00 pm EST until Saturday, Sept 25th, 2021 10:00 am EST for scheduled maintenance. If you need any assistance please email us at [email protected]mecollection.com We appreciate your patience and support. 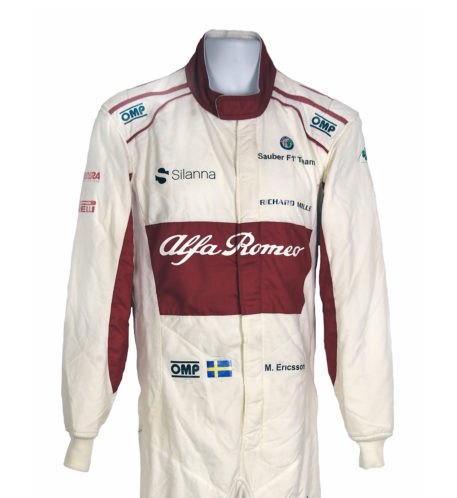 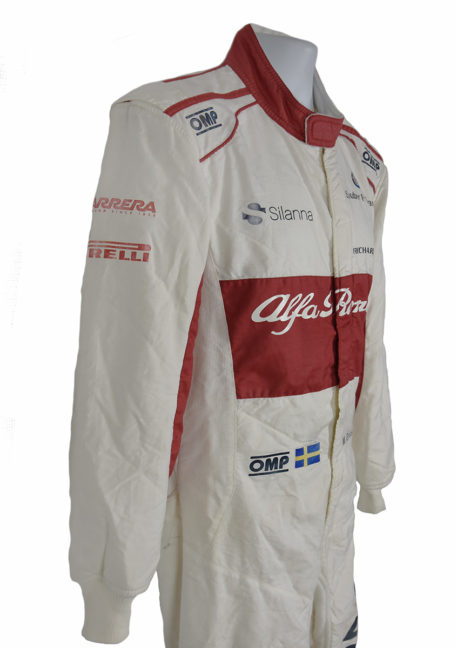 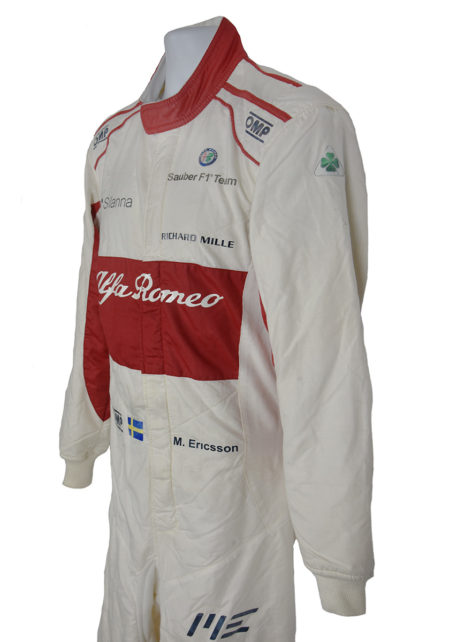 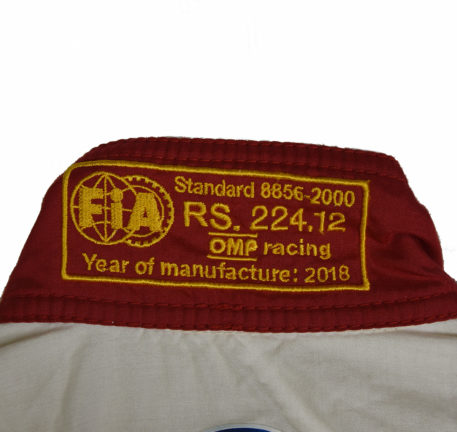 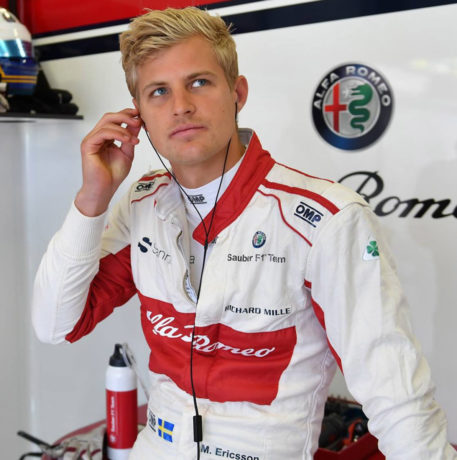 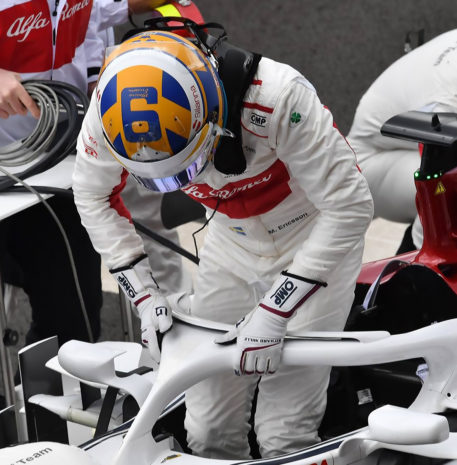 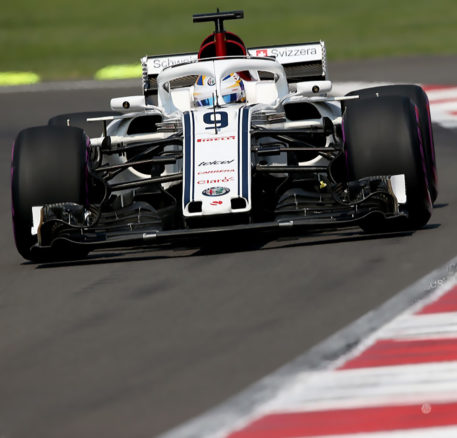 This suit was race-worn by Swedish driver Marcus Ericsson during his final season (to date) in Formula One. 2018 saw him driving in his fourth year with the Sauber F1 Team who had just signed a technical and commercial partnership with Alfa Romeo. Team cars and equipment were then liveried with the Alfa Romeo branding colours and logos. Ericsson scored points in six races during the season and by the end of the year Alfa had taken full control of the team. Ericsson would decide to move to the IndyCar series in 2019 but was still retained by the Alfa Romeo team as a test driver.

The off-white OMP suit has a maroon panel on its front that has the Alfa Romeo lettering within it, as well as having maroon sections on the neck and inner arms. The top of the back of the suit has Sauber lettering and just above this is the Alfa Romeo emblem. Ericsson’s name and national flag are printed on the waist with his personal ‘ME’ initial logo and race #9 on the left leg.