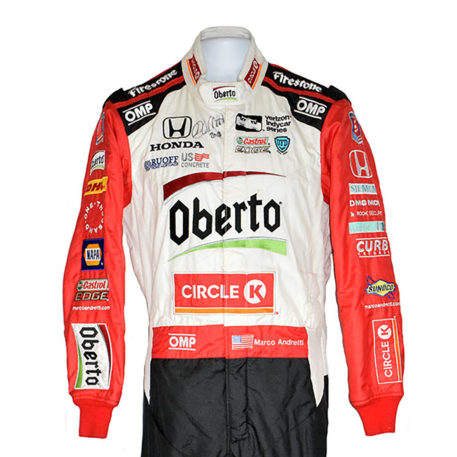 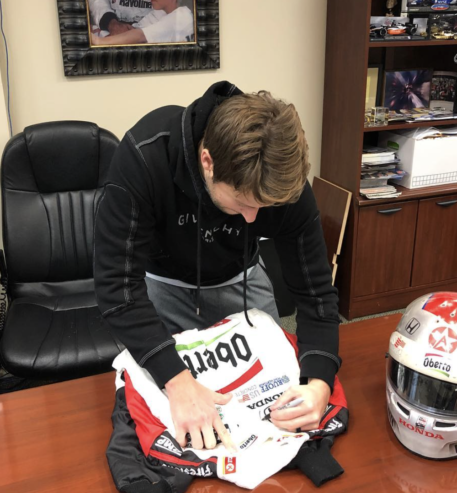 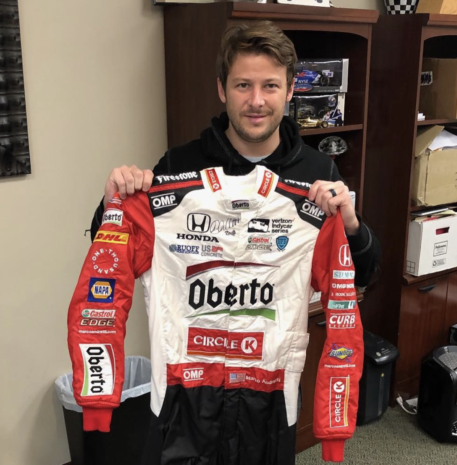 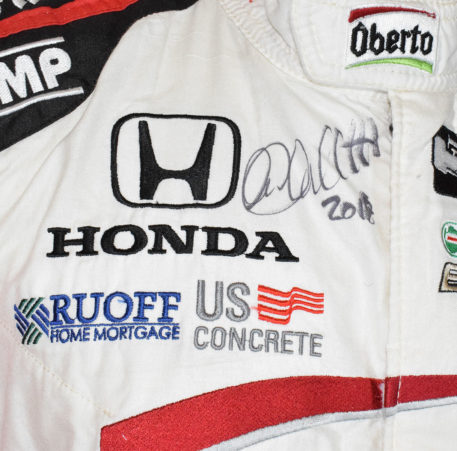 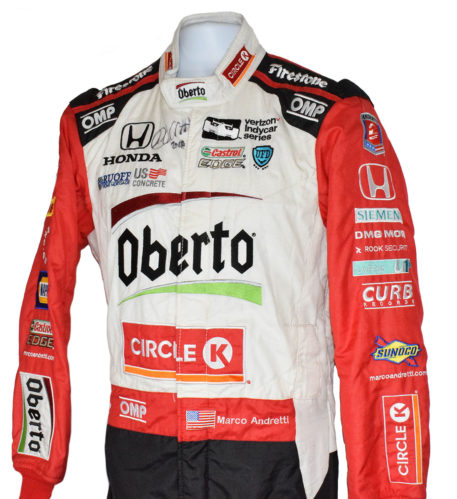 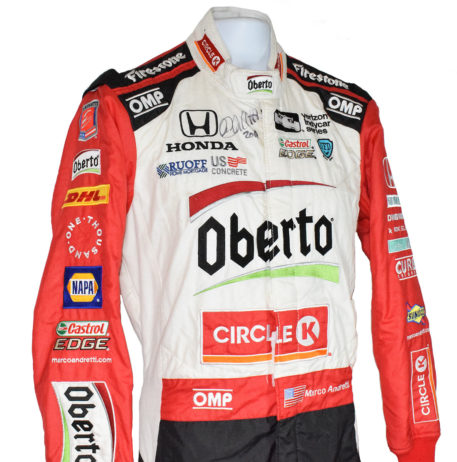 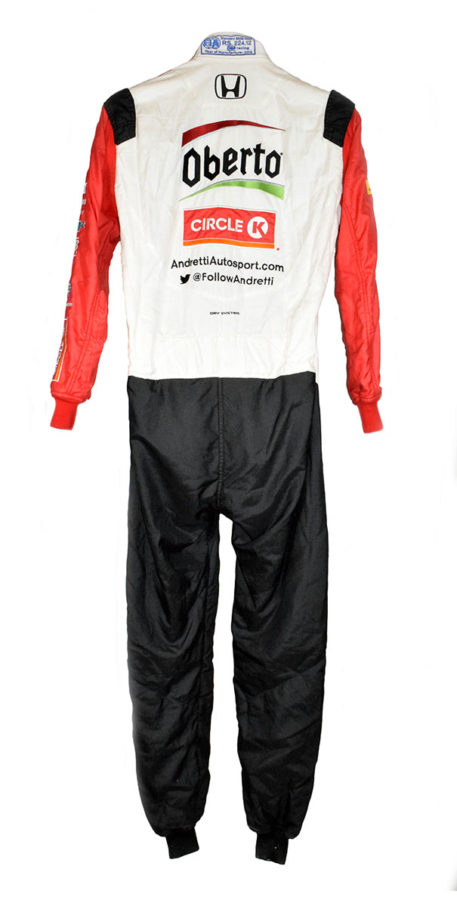 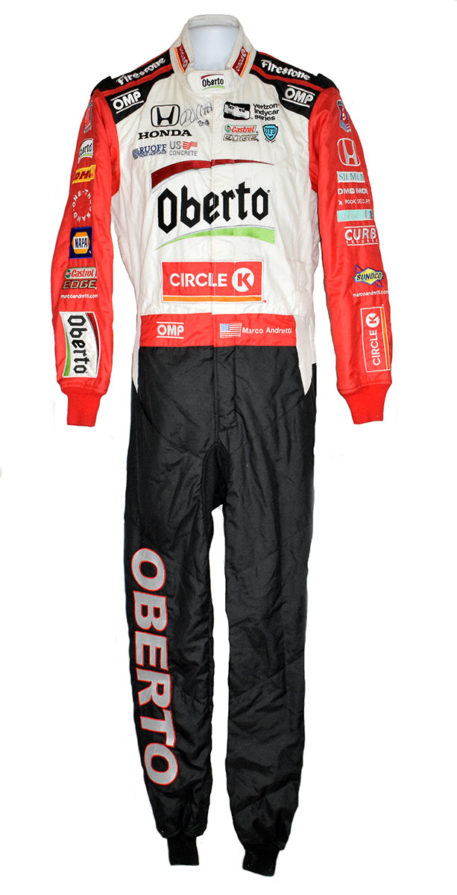 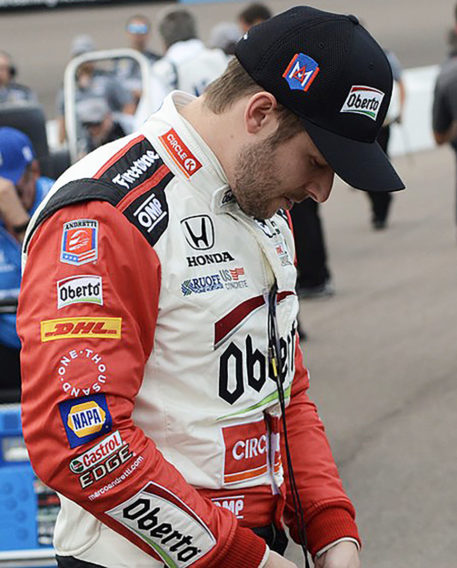 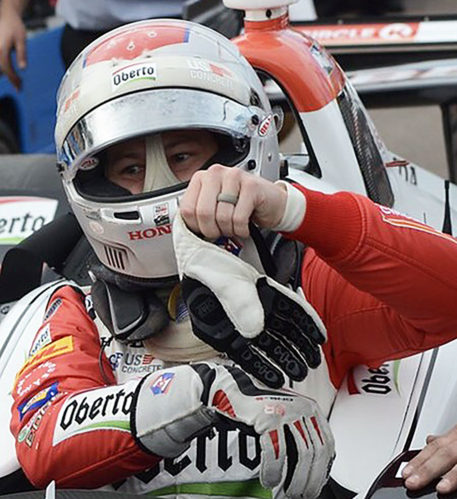 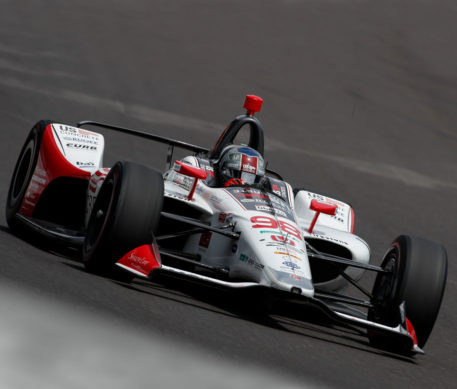 Race worn suit used by a third generation member of the famous Andretti racing family, Marco Andretti. This suit was used during the Verizon Indy Car Series race at the Phoenix International Raceway in 2018. Andretti, driving for the Andretti/Herta Autosport Team, drove a car with a throwback ‘Newman/Haas’ livery in tribute to his grandfather Mario, who won his last race at PIR twenty five years earlier.

This great looking OMP suit has black legs with white upper body and red arms and shoulders. It also has black shoulder pulls and a red waist band on the front. The team’s major sponsors for the Phoenix race, Oberto Beef Jerky and Circle K Stores, feature prominently on the front and back of the suit. It also has Oberto lettering running down the left leg as well as many other sponsor/suppliers branding logos embroidered on both arms. Andretti’s name is on the red waist band along with the ‘Stars and Stripes’ flag.

The suit has been personally signed and dated by Marco Andretti and comes with a Certificate Of Authenticity.