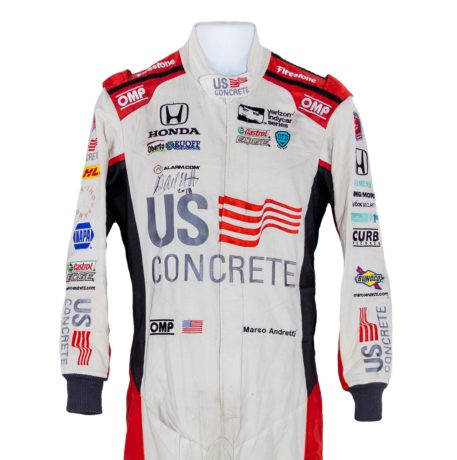 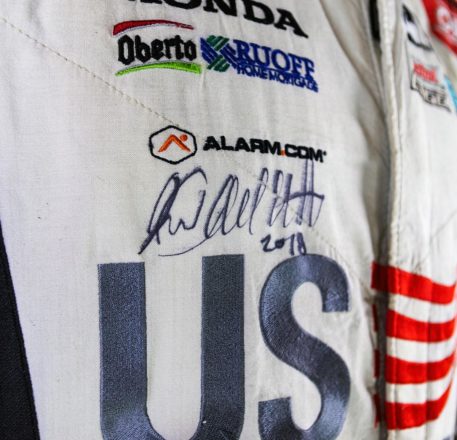 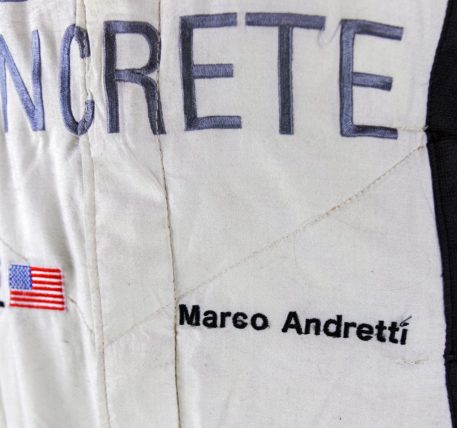 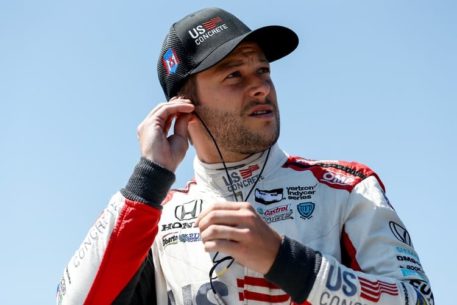 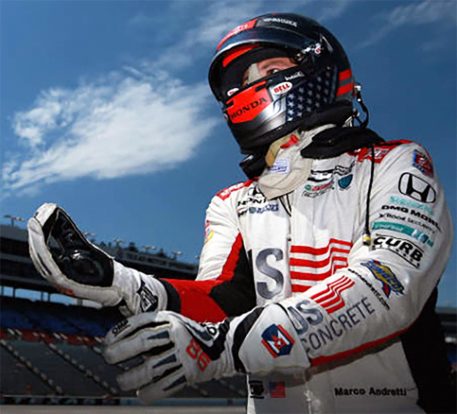 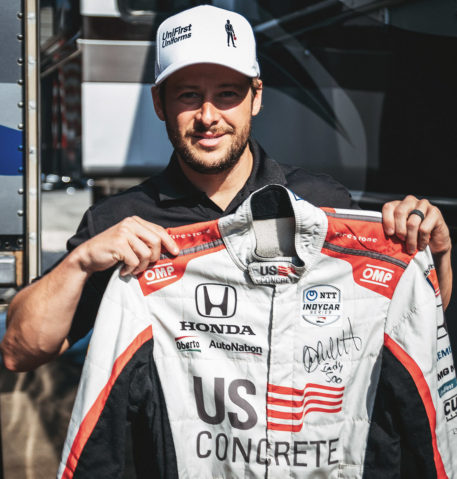 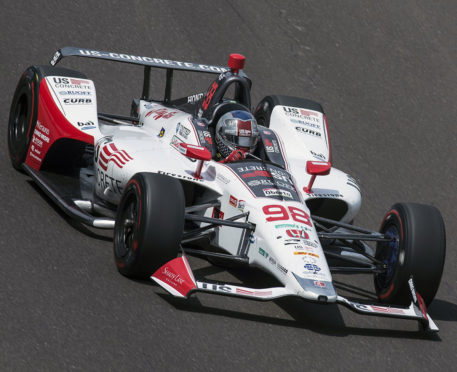 The white/grey OMP suit has red and black panels running down its sides and inside the arms.  The suit also has a black panel around the waist, on its back, and has red shoulder pulls. The season’s major team sponsor, US Concrete, has it’s lettering/logo printed on the front, back, arms and legs of the suit. Printed on both arms are other sponsor’s/supplier’s branding logos including NAPA, DHL, Curb and Castrol to name just a few. Andretti’s name and national flag are printed on the waist belt.

The suit has also been personally signed and year dated by Marco Andretti and comes with a full Certificate Of Authenticity.