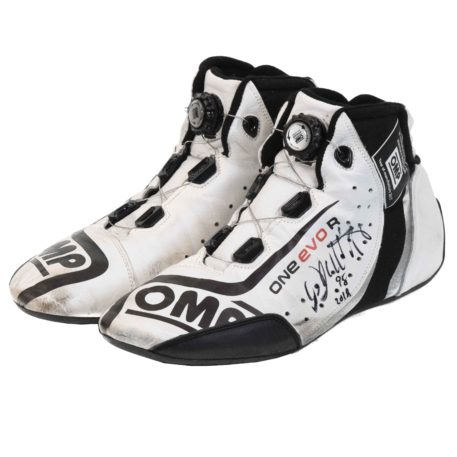 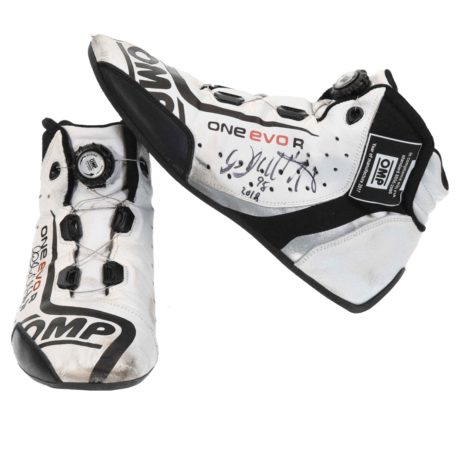 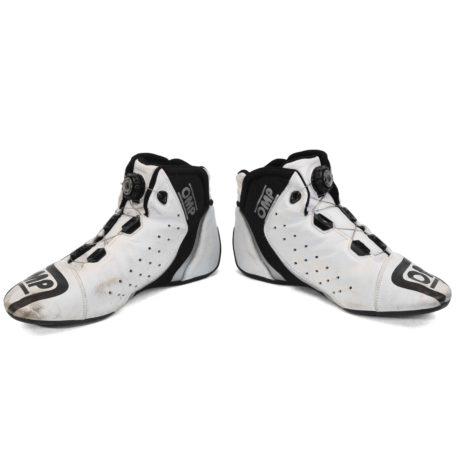 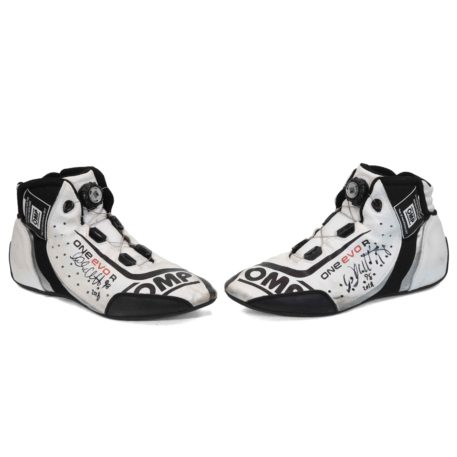 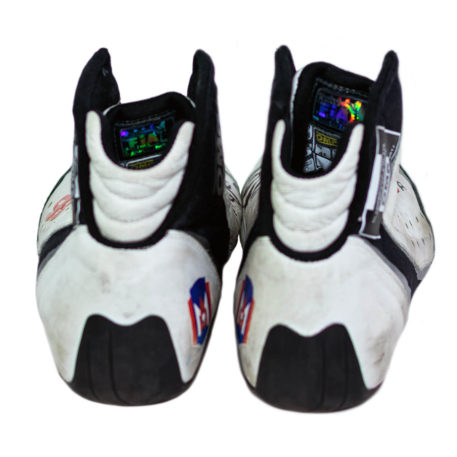 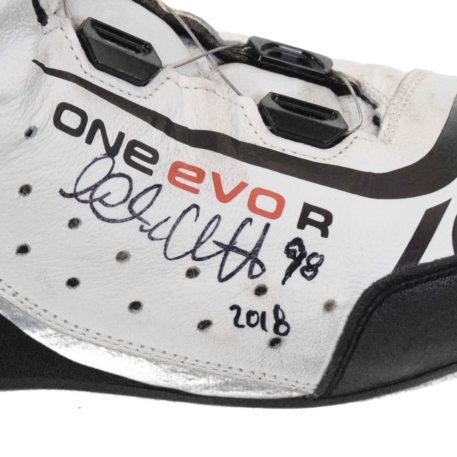 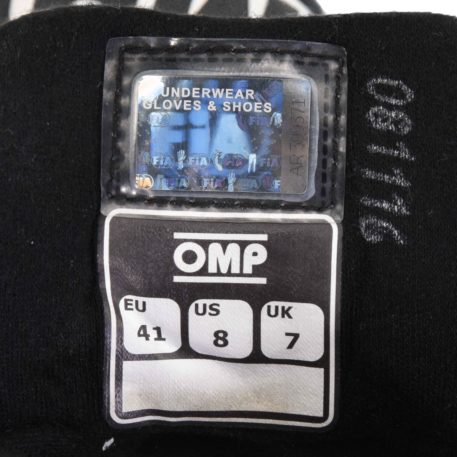 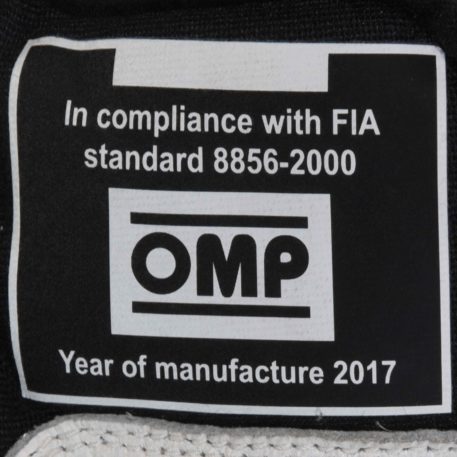 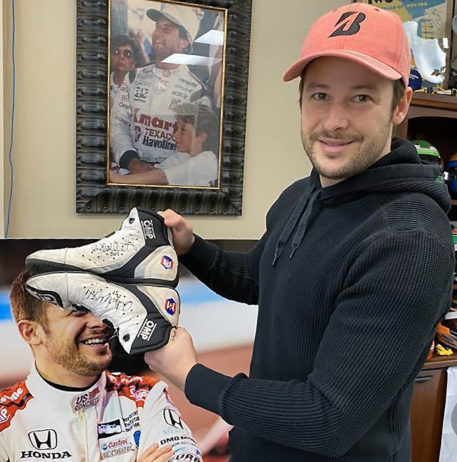 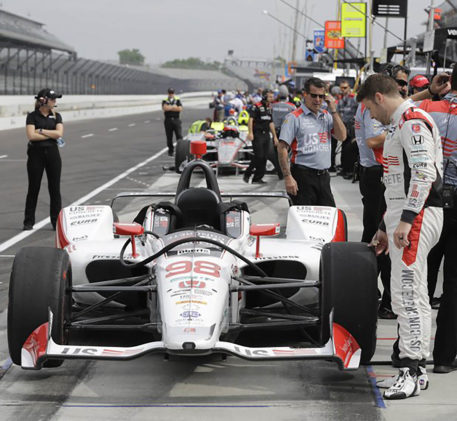 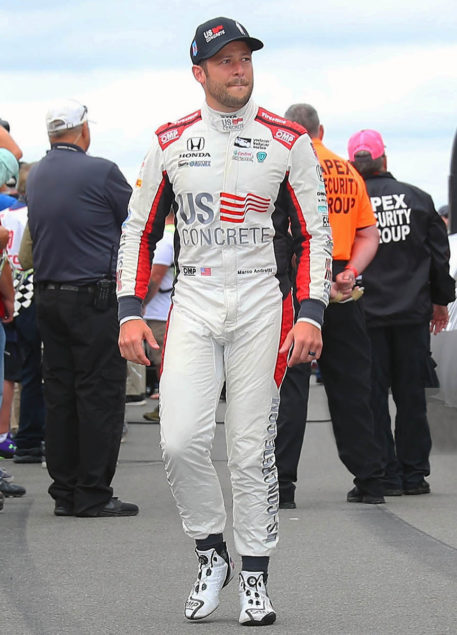 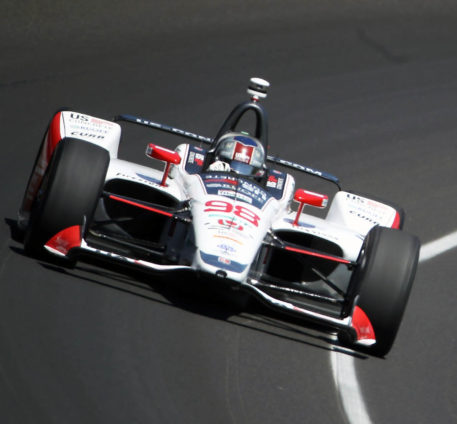 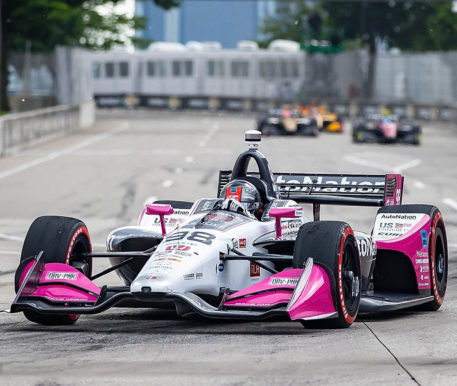 The signed OMP One Evo R race boots were used by Andretti during the 2017 season while driving for the Andretti/Herta/Curb/Agajanian team. The boots were worn at the 500 and also into the early part of the 2018 season.

Andretti has signed the outer sides of the white and black ultra lightweight kangaroo leather boots and has dated them as well in black marker pen.