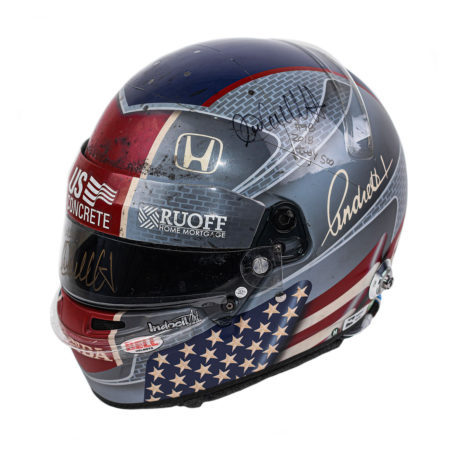 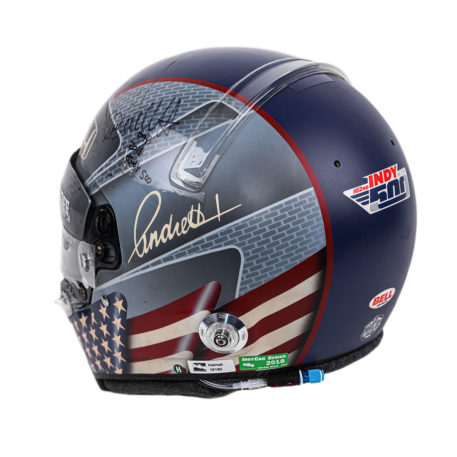 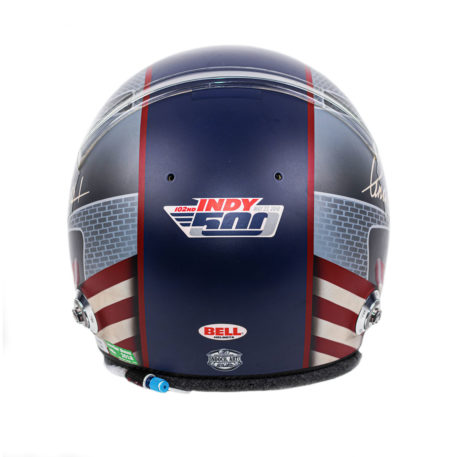 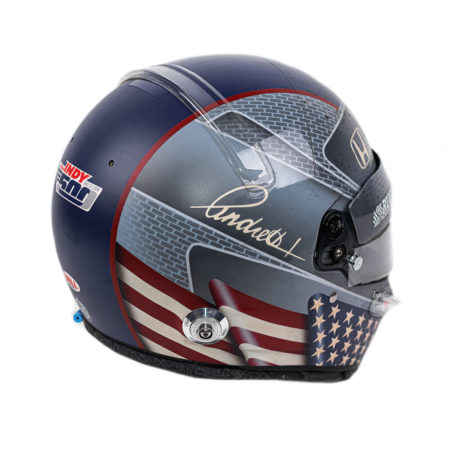 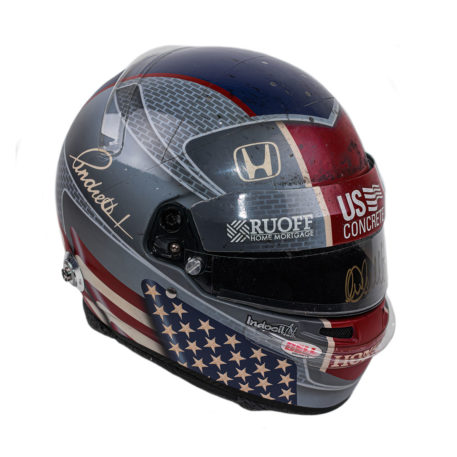 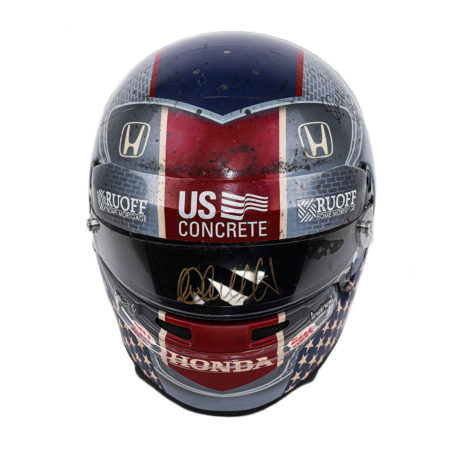 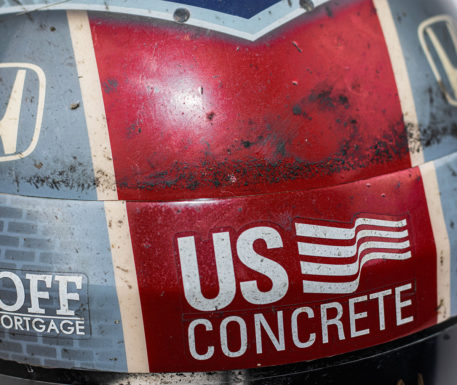 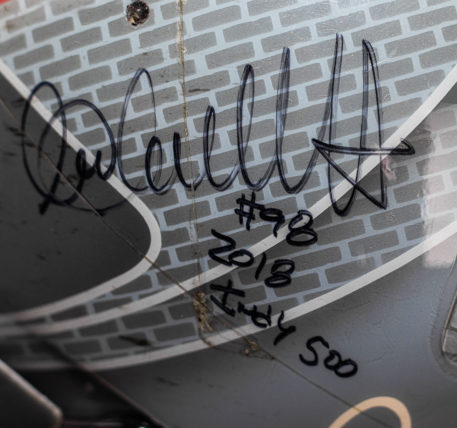 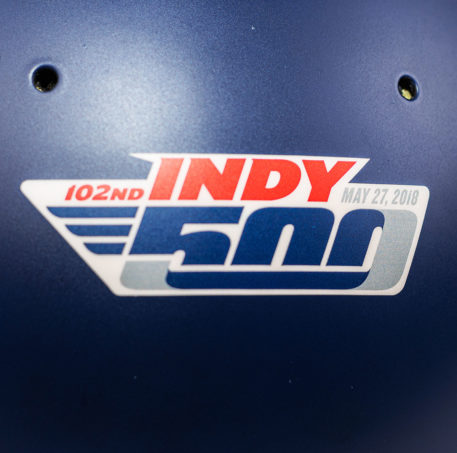 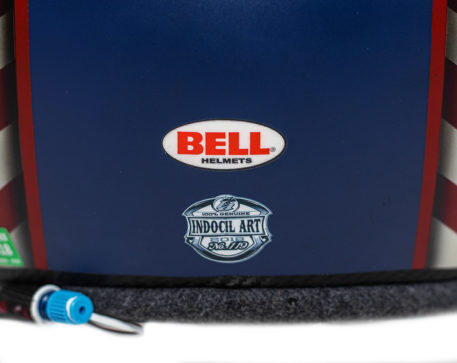 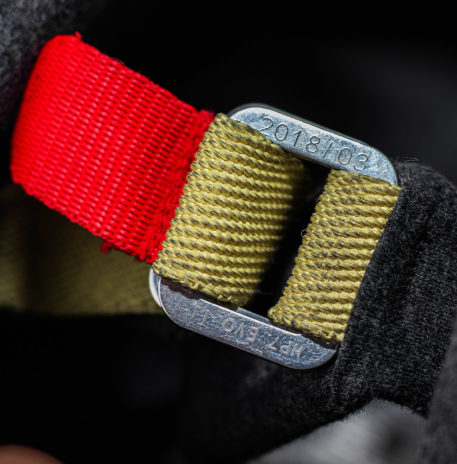 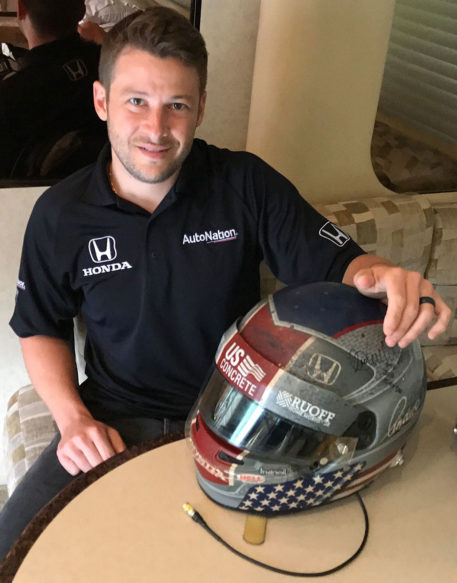 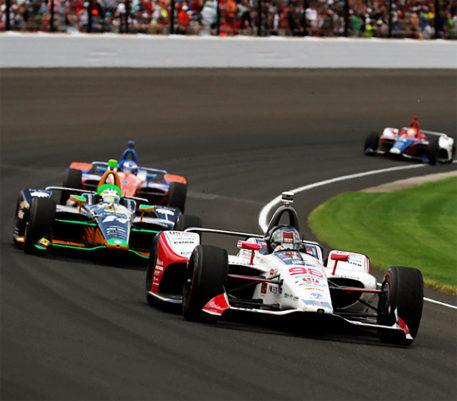 Original Used IndyCar helmet, worn by the third generation Andretti on race day at the 102nd running of the Indy 500 at the Indianapolis Motor Speedway in 2018.

Marco Andretti is a two time race winner in the IndyCar Series. He also has 5 poles and 20 podium finishes so far in his career. Andretti was the 2006 Indy 500 Rookie of the Year with a second place finish. At the Indy 500, Andretti has finished in the top 4  positions five times and in 2018 had a 12th place finish in this helmet.

This state of the art Bell HP-7 EVO II Carbon helmet is special paintwork done by Indocil Art replicates the famous Mario Andretti 1970’s chevron design over the top of the iconic silver/grey color and the famous Andretti name painted on the side. The American flag that was first used first by his father Michael on his helmets in the early 1990’s is present. Then Marco had the famous ‘Brickyard’ bricks pattern to have all three generations represented on this helmet.

This is a very special opportunity to own the actual race-used Indy 500 helmet. The helmet has all original fittings still attached including the race used visor, tear off, hans clips and original hats off safety device. It also still retains its IndyCar Series tech stickers plus 500 miles of battle scars and grime. It is as when Marco last used it, other than being personally signed (twice) by the American driver.

A full Certificate of Authenticity and photo of Marco Andretti signing the helmet are included. Don’t miss this rare opportunity to own an Indianapolis 500 Raceday helmet.