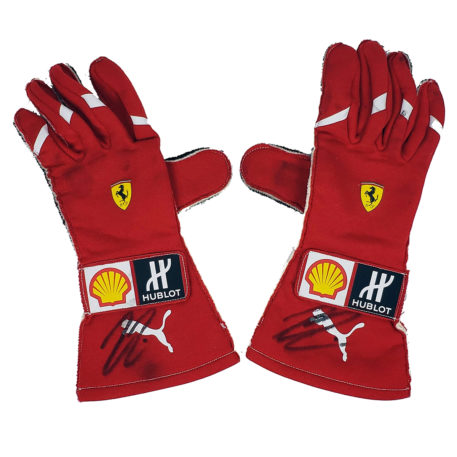 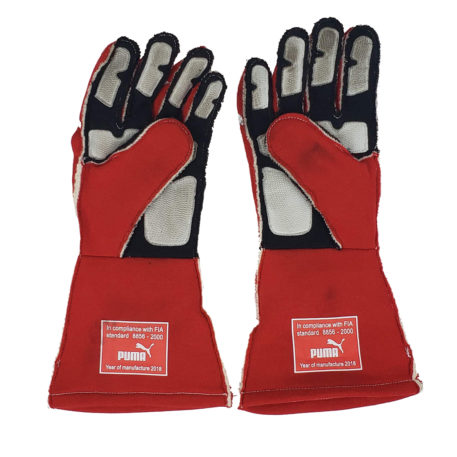 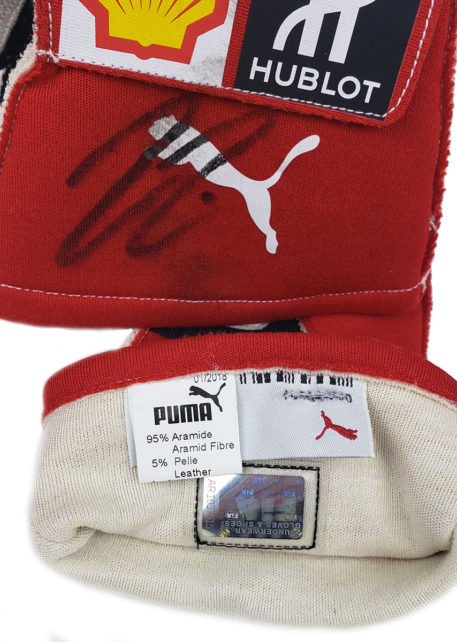 These gloves were used during the first round of the 2018 season in practice and for qualifying at the Australian Grand Prix. The Ferrari-red gloves have sponsorship from Shell Oil and Hublot Watches as well as the Ferrari ‘Prancing Horse’ shield and Puma branding logos. Both gloves are individually signed by Kimi Räikkönen and come in a Puma glove pouch.

Kimi Raikkonen finally became an F1 World Champion in 2007 after joining Scuderia Ferrari in 2007 — in fact, he won his first race with the team, from the pole in the season-opening Australia Grand Prix. Six of his 21 career race wins came that year.

It can be argued that Raikkonen had as good of a year in 2005 with McLaren, although he lost the championship to Renault’s Fernando Alonso. The Finn won seven races, including Monaco, and five poles that year.

A week of Raikkonen’s career that isn’t discussed much came in May of 2011 when he competed in two NASCAR races at Lowe’s Motor Speedway in Charlotte, N.C. — the Xfinity and Truck series — for Kyle Busch Motorsports. The results were forgettable, but Raikkonen’s willingness to try stock cars was admirable.

A very rare chance to own memorabilia from one of modern-day F1’s top drivers.