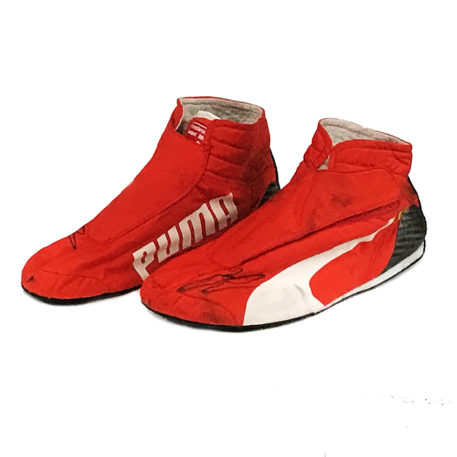 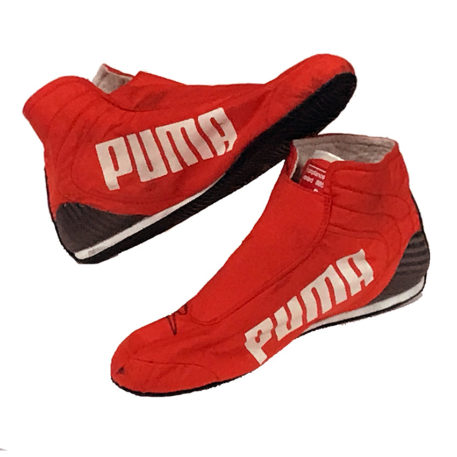 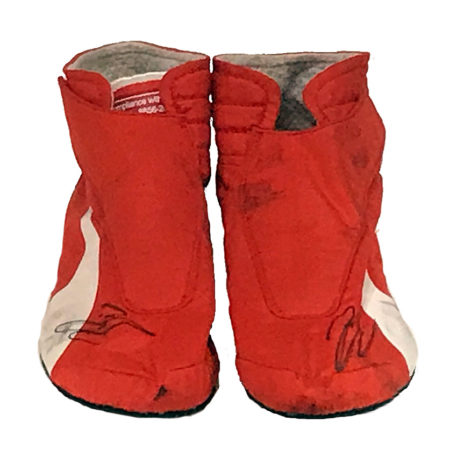 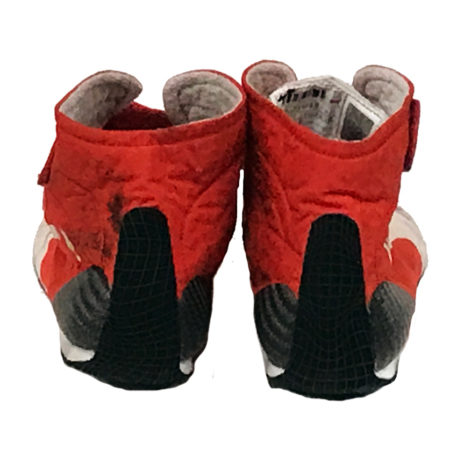 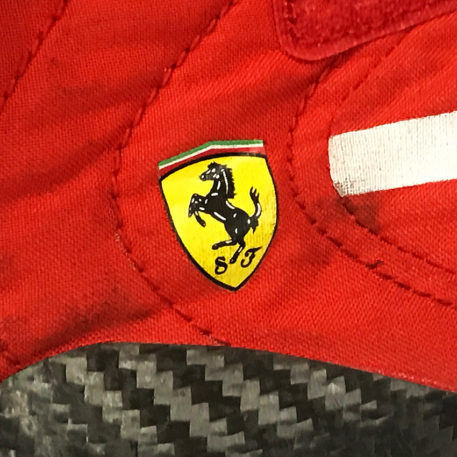 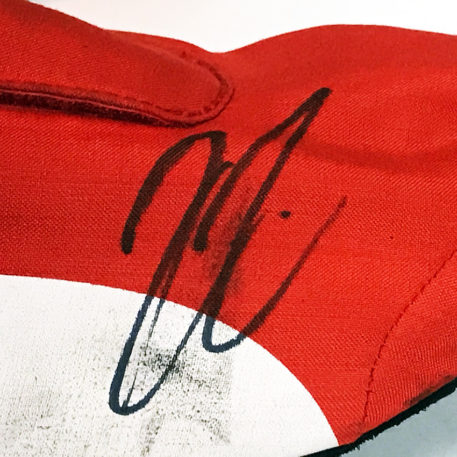 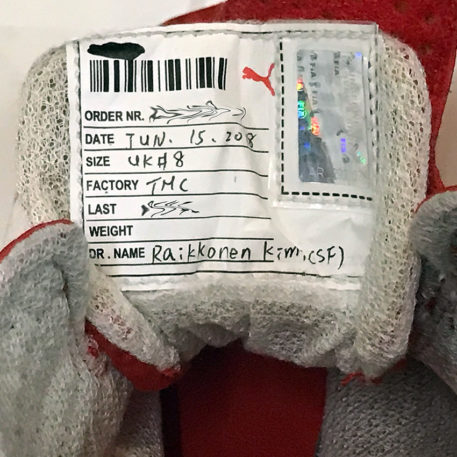 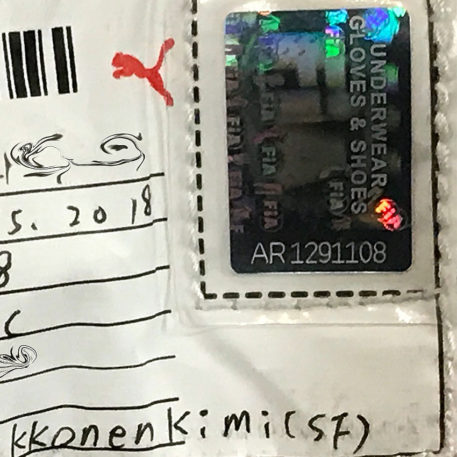 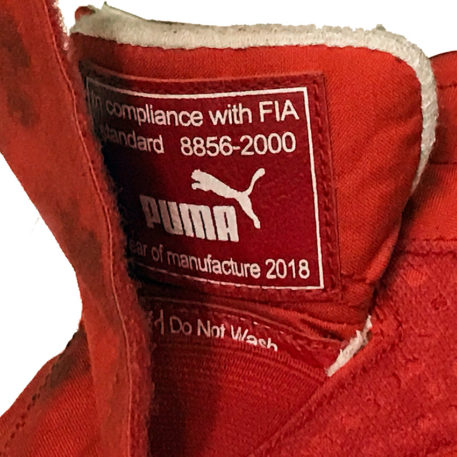 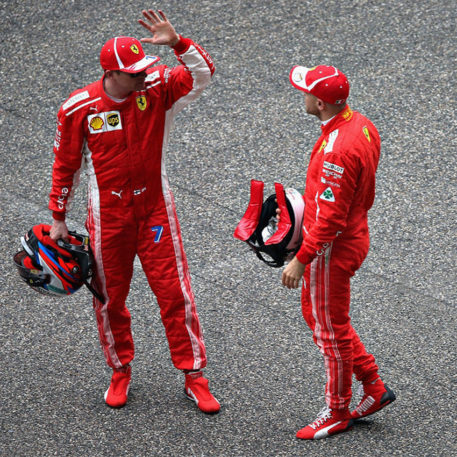 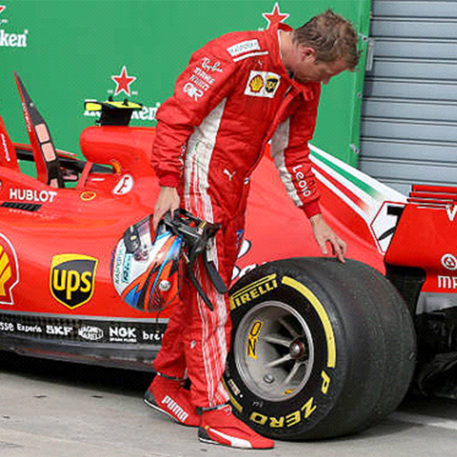 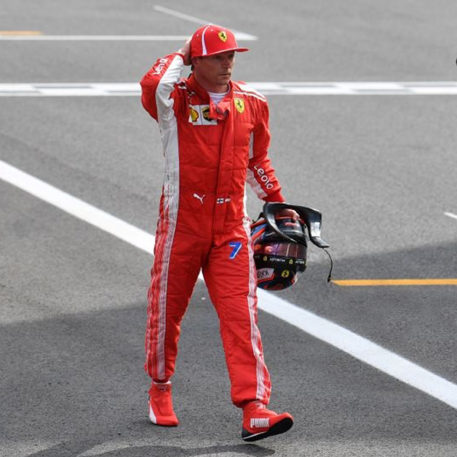 Puma race-used lightweight boots worn by Kimi Räikkönen in his final season with the Scuderia Ferrari Formula One team. Räikkönen used these boots during the mid-season races of the 2018 campaign and at most of the European-based Grands Prix. The boots show heavy wear and, having been used at more than one event, would most probably have appeared on the podium as Räikkönen finished in the top three at all these European events.

These red boots have the Ferrari prancing horse shield and Puma stripes. The date/driver label denote that the boots were manufactured in June 2018 (mid-season) and they also have the FIA approval hologram label.

Both boots are personally signed by Kimi Räikkönen and come with a full Certificate Of Authenticity. 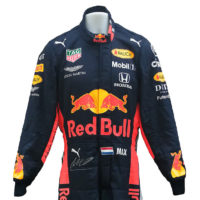 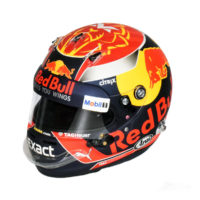 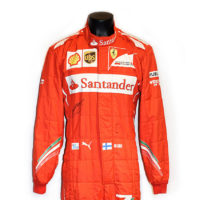